This vital piece of information about the Oppo Reno 7 5G India price comes in the form of a fresh leak. Aside from that, the leak suggests that the Indian version of the Oppo Reno 7 5G will be similar to the Chinese variant of the Oppo Reno 7 SE 5G, which went official back in November. To recall, the phone’s Chinese version offers a 90Hz refresh rate and packs an octa-core MediaTek Dimensity 900 SoC. Now, let’s check out the details revealed in the new leak.

A new report by PassionateGeekz suggests that the Reno 7 5G Indian variant could offer 8GB RAM and 128GB onboard storage. Furthermore, the report claims that the model will retail for INR 31,490 in the country. Earlier this month, a report divulged the Oppo Reno 7 Pro smartphone’s India box price. According to the report, the phone would retail for INR 47, 990 for the 12GB RAM+256GB storage variant. However, details about the Oppo Reno 7 5G color variants are still scarce. The phone’s price was spotted in a listing on a retailer’s app. 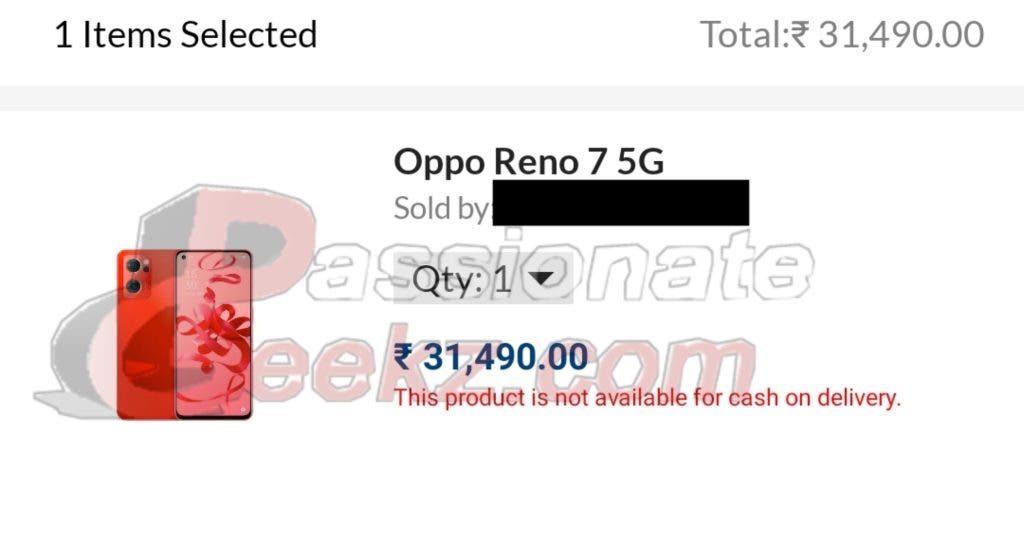 However, the name of the retailer is still a mystery. The report further claims that Oppo will be bringing the Oppo Reno 7 5G into the Indian market as a rebranded version of its Reno 7 SE 5G with the same specs. So, it is likely to run Android 11 OS with a layer of ColorOS 12 on top. The phone could feature a MediaTek Dimensity 900 SoC, along with a competent Mali-G68 GPU. Aside from that, the handset could ship with 8GB LPDDR4x RAM and offer up to 256GB of UFS 2.2 storage. The Oppo phone could use a 4,500mAh battery with 33W fast charging support.

The Chinese version of the Oppo Reno 7 SE 5G smartphone has a dual-SIM (Nano) slot. It boots Android 11 OS with ColorOS 12 on top. Upfront, the phone features a 6.43-inch AMOLED display with Full-HD+ (1,080×2,400 pixels) resolution and a 90Hz refresh rate. Under the hood, it packs an octa-core MediaTek Dimensity 900 SoC. Moreover, this processor is paired with 8GB LPDDR4x RAM. Also, it offers up to 256GB of UFS 2.2 storage. For optics, the handset features three rear-mounted cameras. 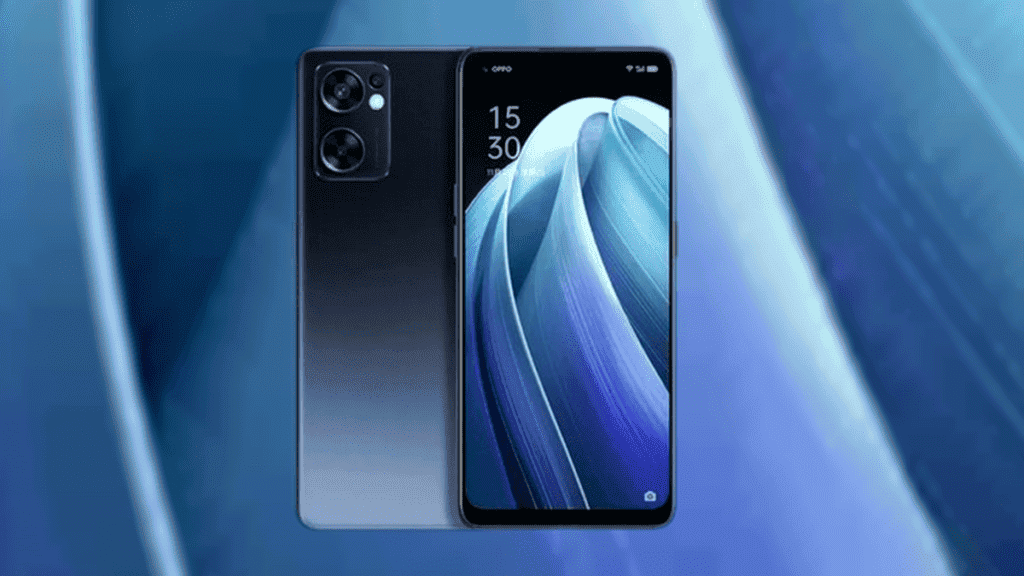 The rear camera setup includes a 48MP Sony IMX581 primary camera, a 2MP macro lens, and a 2MP depth sensor. For selfies, the phone houses a 16MP Sony IMX471 shooter. Aside from that, the phone offers a myriad of connectivity options such as USB Type-C port, GPS/ A-GPS, Bluetooth v5.2, 5G, 4G VoLTE, and Wi-Fi 6. The phone also features an under-display fingerprint scanner. Lastly, it has a 4,500mAh battery with 33W fast charging support.