At the Xiaomi 12 series product launch conference held in December last year, the highly anticipated MIUI 13 officially debuted. Xiaomi also announced that MIUI 13 focuses on “faster and more stable” operations with basic optimization, Focus Computing 2.0, atomic memory, liquid storage. Today, Xiaomi has revealed the release schedule of MIUI 13 for global models. From the schedule, smartphones such as the Xiaomi 11 series, Redmi Note 11 series, as well as Xiaomi Pad 5 will get this update in the first quarter of this year. 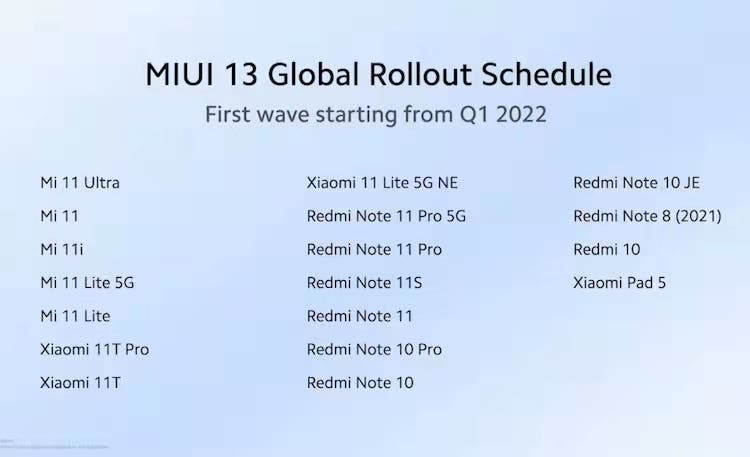 From the reports, MIUI 13 stable version global rollout should commence at the end of January 2022. See the full list of the first batch below

Xiaomi, MIUI, and Thiel Labs jointly built a fluency evaluation model to drive optimization goals. The application fluency also significantly improves. In Master Lu’s Android fluency cross-test, Xiaomi’s MIUI 13 ranks first. After half a year of optimization, MIUI 13 has improved fluency by 15% – 52%. In addition, relative to the MIUI 12, this new system is way better and MIUI fans are happy again. 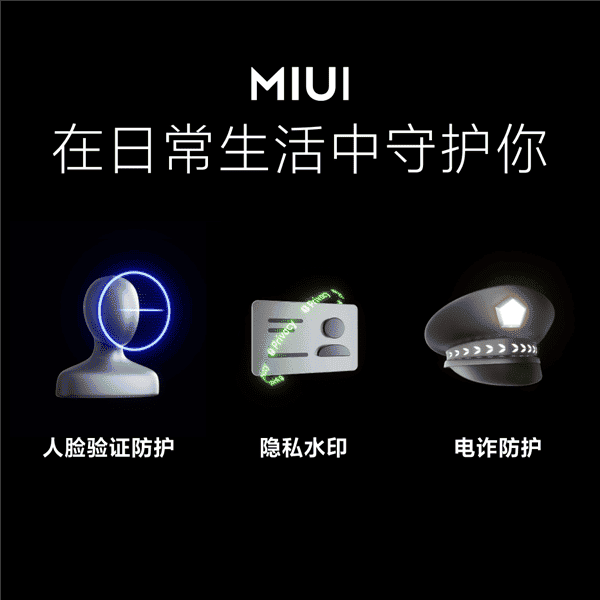 Relative to the MIUI 12.5 enhanced version, the system application fluency is improved by 20% – 26%. There are also a number of high-frequency usage scenarios where the frame drop rate exceeds 90%. Behind the significant improvement in the fluency of MIUI 13 is the support from Focus Computing 2.0. The system not only perceives core scenarios such as full-screen gestures but also tilts computing resources toward the core system for core third-party applications. This significantly improves the fluency of these applications.

At the launch event, Jin Fan, the person in charge of the MIUI system, said that MIUI privacy has promoted the transformation of the industry. This time, MIUI 13 adds three privacy protection functions: face verification protection, privacy watermarking, and electronic fraud protection. During face verification, the system will capture the entire upper body. MIUI 13 has a new privacy shooting mode, intelligent face recognition, system-level occlusion of other images except for the face. This way, you really only show your face.