Nubia seems to be gearing up for one of its big months of 2022. The company is gearing up to introduce its new gaming smartphone dubbed Nubia Red Magic 7, in the same time, it is also preparing a new flagship for the segment of “standard smartphones” dubbed Nubia Z40 Pro. The device is coming with some upgrades in terms of performance and also in photography. Today, one of ZTE’s executives, Lv Qianhao shared some real-world performance results on Weibo, focusing on sustained performance.

Under the hood, the handset will carry the Qualcomm Snapdragon 8 Gen 1 SoC. That’s not a big surprise, since this is one of the big chipsets for the flagship segment in 2022. However, one of the main differences in the Nubia Z40 Pro is the cooling system. An efficient cooling system can sustain the performance for a longer time, and can also reduce or make the CPU throttling non-existent during long gaming sessions. Despite the fact that this isn’t a gaming smartphone, Nubia also wants to offer a decent gaming experience with its flagship. The executive states that the phone does not even feel war while running Genshin Impact at full tilt a 25 ºC.

The Nubia Z40 Pro is apparently nicknamed the “Frost Dragon”. The teasers mention an industry-first system that integrates graphite and a three-phase cooling solution. The focus is to keep the performance sustainable for a long time through the cooling system. Of course, it’s not bringing an active solution like old Red Magic smartphones, but it seems to be efficient enough.

The executive also teased some of the specs coming with the camera system. According to him, the company is going back to the classics with a 35 mm lens with a bright f/1.6 aperture and a custom Sony IMX 787 sensor. The lens’ design reduces the image distortion by around 35 percent. The big focus is to bring more light and enhance the clarity of the image. Apparently, the solution can gather more than 80 percent of light. In terms of autofocus, we also see an improvement thanks to the fancier Omni direction autofocus solution. It’s 70 percent more reliable. 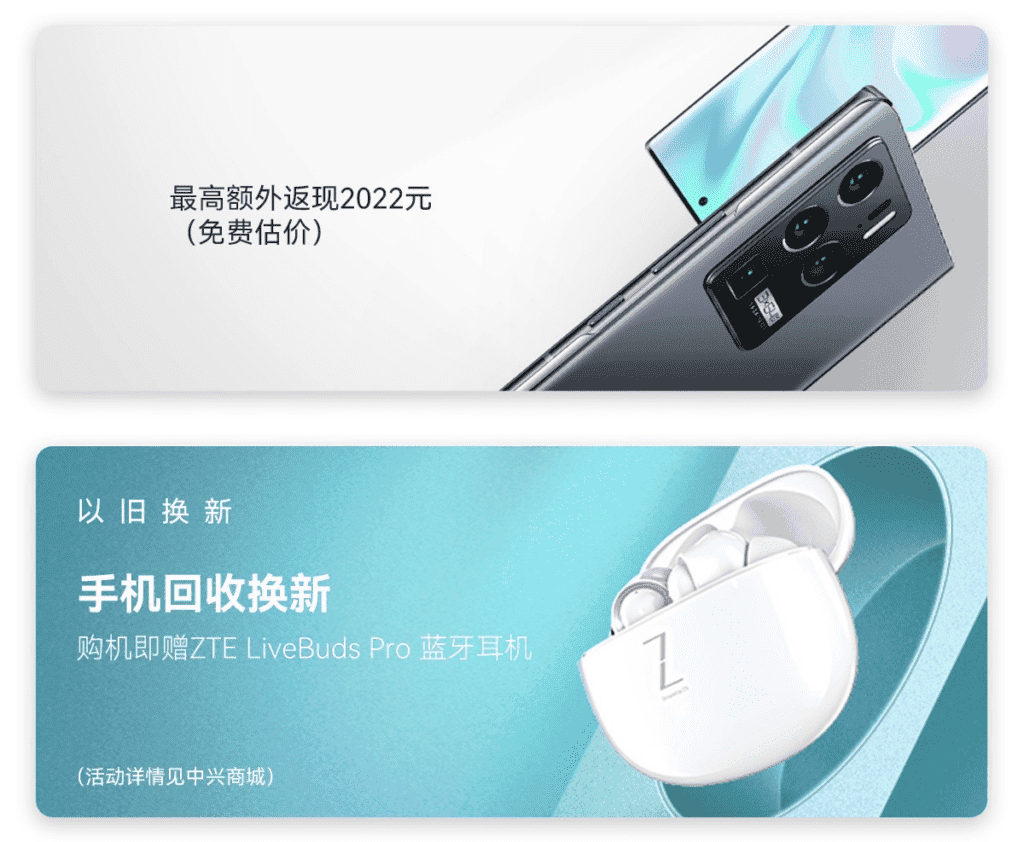 The device’s launch can be considered imminent at this point. ZTE Mall online shop already has a landing page for the Nubia Z40 Pro. It brings details for the trade-in programs: users sending an old smartphone will get around 15 percent of subsidy towards buying the new smartphone. On top of that, they can also purchase a MyCare+ subscription or a pair of ZTE LiveBuds Pro TWS headset for free.

Previous Become a treasure hunter with today's offering from Tomtop

Next Amazon: Error allows customers in Brazil to get thousands of items for free