While some of the biggest nvidia enthusiasts are eagerly waiting to see the RTX 400 series of GPUs, the company is addiong one more member to its RTX 300 series. Don’t get me wrong, Nvidia is certainly working on a RTX 4000 series, but the RTX 3000 series is still insanely good, and it’s natural to see that the company is still focusing on it. The latest entry for the series was the GeForce RTX 3050. This one sits in the opposite side as the premium RTX 3090 Ti. The focus here is to offer moderate spécifciations and a cost-effective price. This was a ncessary move, after all, the market of GPUs saw an expressive price hike in the recent years amidst huge demand and the crisis in the semiconductor industry.

People nowadays, may be trying their best to get cards like RTX 3080 Ti and RTX 3090 that are top notch offerings for the “next-gen” gaming. However, a GPU like the RTX 3050 that brings a 1080p/60 fps still has its space. It may not be what some enthusiasts want, but it’s a perfect option for those who just want a cost-effective offering. It’s still much better than having to rely on an APU. The use of APUs has been a common strategy for some customers due to the high cost of GPUs in recent times. The RTX 3050 is a decent graphics cards that can offer DLSS, ray tracing, and Nvidia G-Sync. Apart from that, it’s not among the most impressive graphics cards. 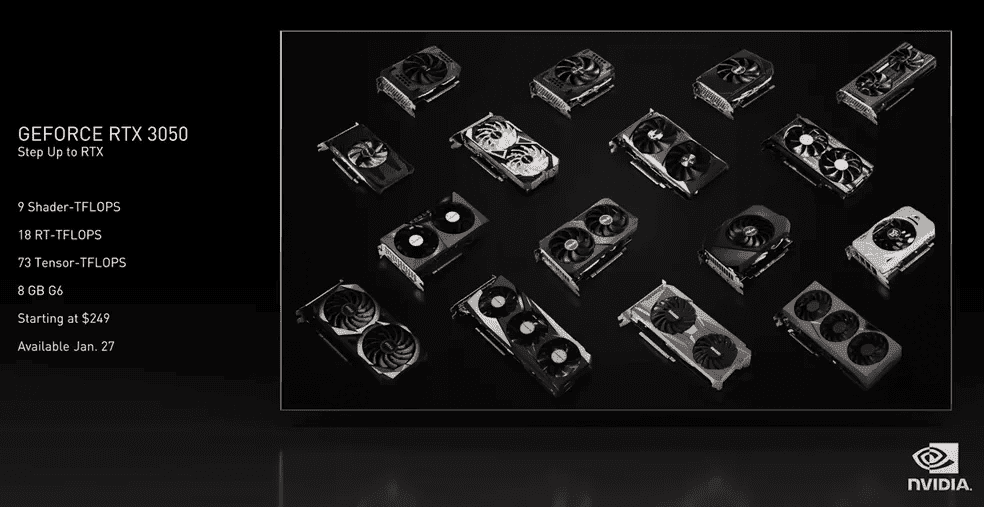 Of course, the competitive and attractive $249 price has a lot to say for some customers. In this article, based on info collected by TomsGuide, we can tell you everything you need to know about this cost-effective graphics card.

The big focus of the RTX 3050 is to deliver 1080p resolution at 60 frames per second when ray tracing is enabled. The company built the graphics card on Ampere architecture and uses 8 GB of GDDR6 VRAM. This is the same memory found inside of the RTX 3060 Ti. The card has 2,560 CUDA cores with a base clock speed of 1.55 GHz and a boost clock of 1.78 GHz. It also has a 128-bit memory interface width. 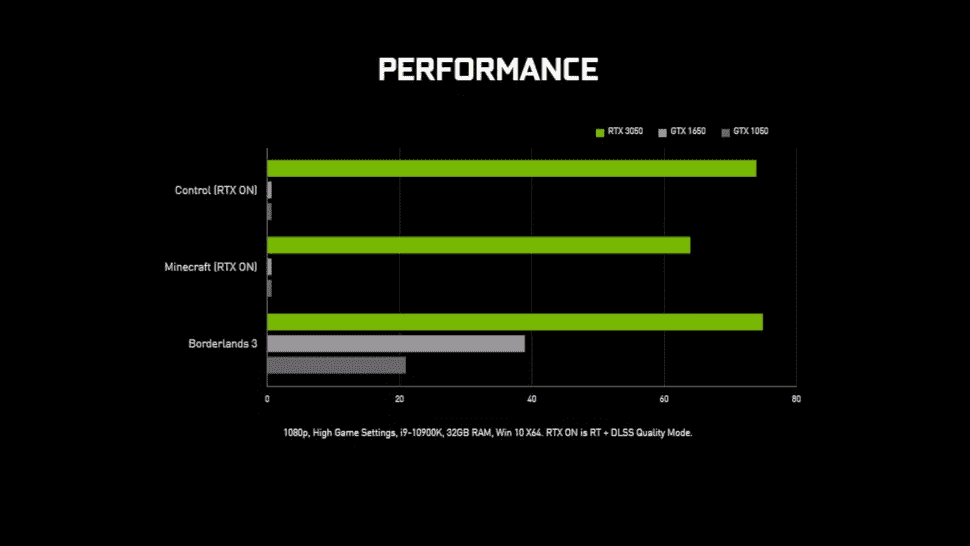 The GPU brings some useful features like DLSS AI upscaling and Nvidia G-sync to help the card maintain high frame rates, even with ray tracing enabled. The Nvidia Reflex is also present, and when paired with G-Sync, will eliminate inpute latency. There are other key features like Shadowplay, Broadcast, Freestyle, HIghlights and Ansel.

The GPU has in mind the budget customers, who are unable to purchase other offerings in the lineup. For those who are able to enjoy 1080p 60 fps games at their best form, this GPU certainly is a good fit.

The RTX 3050 was unveield on January 27 with a retail price of $249. However, this price can still vary depending on the region and also on the demand. For example, a Peruvian vendor had a Palit RTX 3050 Dual OC costing around $453 prior to the release. It was also preselling a bundle with the same GPU and Geil Orion DDR4-3200 memory for $506. In addition to this, Newegg was selling the MSI RTX 3050 Gaming X GPU for a whopping $700. So, although it has a suggested price of $250, the situation is still bad if the demand proves to be incredibly high.

Some users may be afraid of the demand that comes from cryptomining. But here are some good news, the RTX 3050 GPU isn’t good at all for cryptomining. Moreover, the recent drop in crypto’s value has been lowering the price of GPUs. So there is still hope for finding these GPUs at reasonable, if not affordable, prices.

In conclusion, this GPU may be a good offering for non-demanding gamers that also want to save some money. In the coming months, we may be able to get better conclusions.