Samsung has figured out how to protect and ensure the security of bank cards. It suggested embedding a fingerprint scanner in the “plastic”. The company itself positions the solution as the industry’s first comprehensive solution that allows you to read biometric information through a fingerprint sensor, store and recognize encrypted data using a tamper-proof SE, and analyze and process data through a secure chipset. 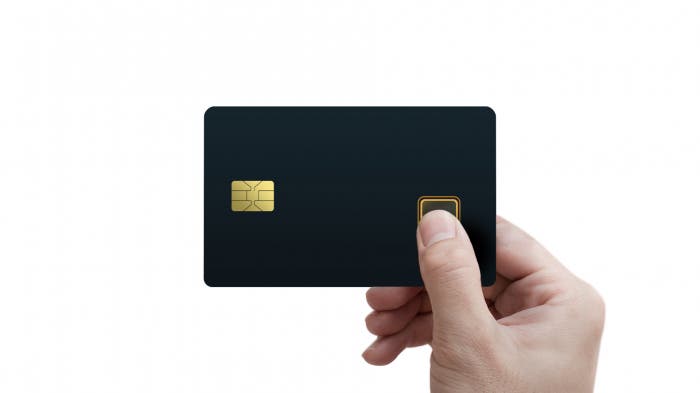 Samsung integrated the chip, fingerprint sensor and security module into one chip. Payment cards with such a microchip will make the process of making purchases safe and fast. Biometric authentication eliminates the need to enter a PIN code on a keypad and also minimizes the chance of fraudulent transactions with lost or stolen cards.

The technology complies with EMVCo and CC EAL 6+ security standards and has already got approval from Mastercard. Where the energy will come from to power the chip, we do not know. Perhaps it will be “powered” by energy from NFC. We have no information about how soon cards with such a solution will appear on the market.

“S3B512C combines a fingerprint sensor, Secure Element (SE) and Secure Processor; adding an extra layer of authentication and security in payment cards;” said Kenny Han, Vice President of System LSI Marketing at Samsung Electronics. “The S3B512C is primarily for payment cards but can also be in use in cards that require highly secured authentications; such as student or employee identification, membership or building access.”

Also, “The new security IC is the industry’s first all-in-one security chip solution that reads biometric information through a fingerprint sensor, stores and authenticates encrypted data with a tamper-proof SE, and analyzes and processes data with a Secure Processor. With the three key functions integrated in a single chip, the S3B512C can help card manufacturers reduce the number of chips required and optimize card design processes for biometric payment cards”.

“The solution’s encrypted fingerprint data is stored in a SE that has received globally accredited certifications such as EMVCo and CC EAL 6+. To safely and accurately verify the user’s identity, the new IC comes with a proprietary fingerprint authentication algorithm; and a Secure Processor that extracts and analyzes the unique features of the fingerprint placed on the sensor. Furthermore, the chip’s anti-spoofing technology prevents unauthorized users from circumventing the security system with illegitimate methods such as artificial fingerprints”.

Previous OnePlus 9 gets LineageOS 18.1 based on Android 11

Next Apple outperformed everyone in the last quarter thanks to China