China is a huge market, which is one of the priorities for Apple. It not only produces a large number of Apple devices but also consumes a lot. Therefore, it is not surprising that the Cupertino company is making all sorts of concessions to appease the government and users in China. And the latter show increased loyalty to its products.

According to Counterpoint Research analysts, in the fourth quarter of last year, Apple became the number one company in China and controlled 23% of the market share. On an annualized basis, the growth was 32% and the company owes its success to the popularity of the iPhone 13 series. Huawei’s fall and the company’s loyal pricing policy contributed to the increase in iPhone sales. By the way, in the last quarter of last year, Apple took the lead in the global smartphone market.

In second place in the last quarter of 2021 was Vivo with a score of 19% and Oppo was third with 17%. This period was not the most successful for companies and the demand for their products fell by 6%. The surprise was the rise of Honor, which managed to quickly regain its position and win back the fourth line in the ranking. On an annualized basis, the increase was 50%, and the share of the former sub-brand of Huawei increased to 15%.

Only fifth was Xiaomi, whose market share in China in the fourth quarter was estimated at 13%. Realme grew the most and its year-on-year growth was 83%, and the share was 3%. Predictably, the loser of the last decade of 2021 was Huawei; whose share fell to 7% over the year against 23% a year earlier. 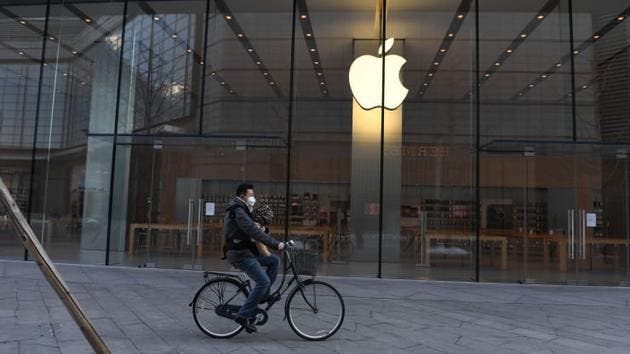 Apple outperformed everyone in the last quarter thanks to China

If we analyze the whole of 2021, then Vivo became the leader, whose share is estimated at 22%. Oppo is close behind with 21%, while Apple is third with 16%. In fourth place was Xiaomi, which occupied 15% of the market share. And it closed the top five of the largest brands Honor, whose share at the end of last year was 10%.

Commenting on Apple’s performance, Research Analyst Mengmeng Zhang said, “Apple’s stellar performance was driven by a mix of its pricing strategy and gain from Huawei’s premium base. Apple rose to first place in China right after the iPhone 13 was released (week 39) in September. Afterwards, it remained in the leading position for most of the fourth quarter. The new iPhone 13 has led the success due to a relatively lower starting price at its release in China; as well as the new camera and 5G features. Furthermore, Huawei, Apple’s main competitor in the premium market, faced declining sales due to the ongoing US sanctions”.

Next Pixel 3 no longer receives updates, only three years after its release