In the first half of February, the smartphone market will be practically calm, and only Samsung with its Unpacked presentation will stir up a calm course of events. The lull will be due to the fact that in China there will come festivities dedicated to the Chinese New Year, which will last for two weeks.

Chinese manufacturers will take a break during the holiday, but after it ends, we will have a series of announcements and one of the most important events in the world of the industry. On February 28, the annual MWC exhibition starts, which will last until March 3. A large number of notable market players will take part in it, and Honor will be among them. On the very first day of the exhibition, it will arrange its event called “The Power of Magic”.

It is easy to guess that in Barcelona the company intends to show devices of the Magic series. It can be a folding Honor Magic V, a MagicBook laptop or other novelties from the series of the same name. Also, it is possible that the company will also arrange the announcement of the global version of Honor Magic 3. There is a month left before the presentation, and during this time the company can release several teasers that will clarify the composition of the exhibitors from it. 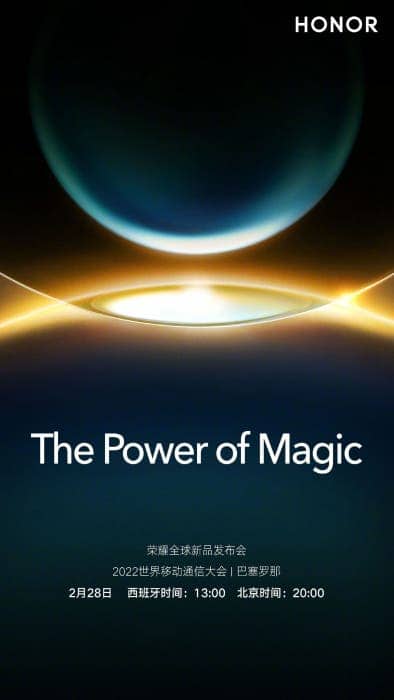 Independent from Huawei, Honor is rapidly increasing sales of its smartphones in China. According to Counterpoint Research; third-quarter 2021 shipment volumes ranked the vendor as the third most successful smartphone vendor in the country.

Next Shortage of Galaxy S22: There may not be enough flagships for everyone