In the middle of last year, OnePlus announced that it had officially become part of Oppo. It was stated that the merger will benefit both companies, they will join their efforts in creating devices and software for them. The OxygenOS and ColorOS shells were “hooked” on a common code base, and in the future they promised to offer a unified operating system.

When to wait for the release of a single firmware was not announced, but we may already know its name. Well-known network insider Mukul Sharma said that the new firmware could be H2OOS. Not too long ago, the company filed for the trademark “H₂OOS”, which could potentially be the new name for the unified OS that OnePlus could roll out to its devices with the Android 12 update with the global version (OxygenOS).

At the moment, it is not clear whether the H2OOS firmware will become an integral part of OnePlus smartphones only or will appear on Oppo devices. We do not know anything about the unified operating system itself. Earlier, the head of OnePlus said that the firmware should inherit the purity and lightness of the company’s shell.

Last year, OnePlus switched to ColorOS for its smartphones in China with the launch of the OnePlus 9 series. The brand even merged the codebase of the OxygenOS with that of ColorOS for international markets. Hence, the Android 12 software for the existing as well as the upcoming devices is nothing but ColorOS.

Due to this, the company is facing difficulties in delivering Android 12 on time and without bugs. With the increase in criticism from both home and international markets, Pete Lau, CEO of OnePlus, has issued a statement on Weibo. 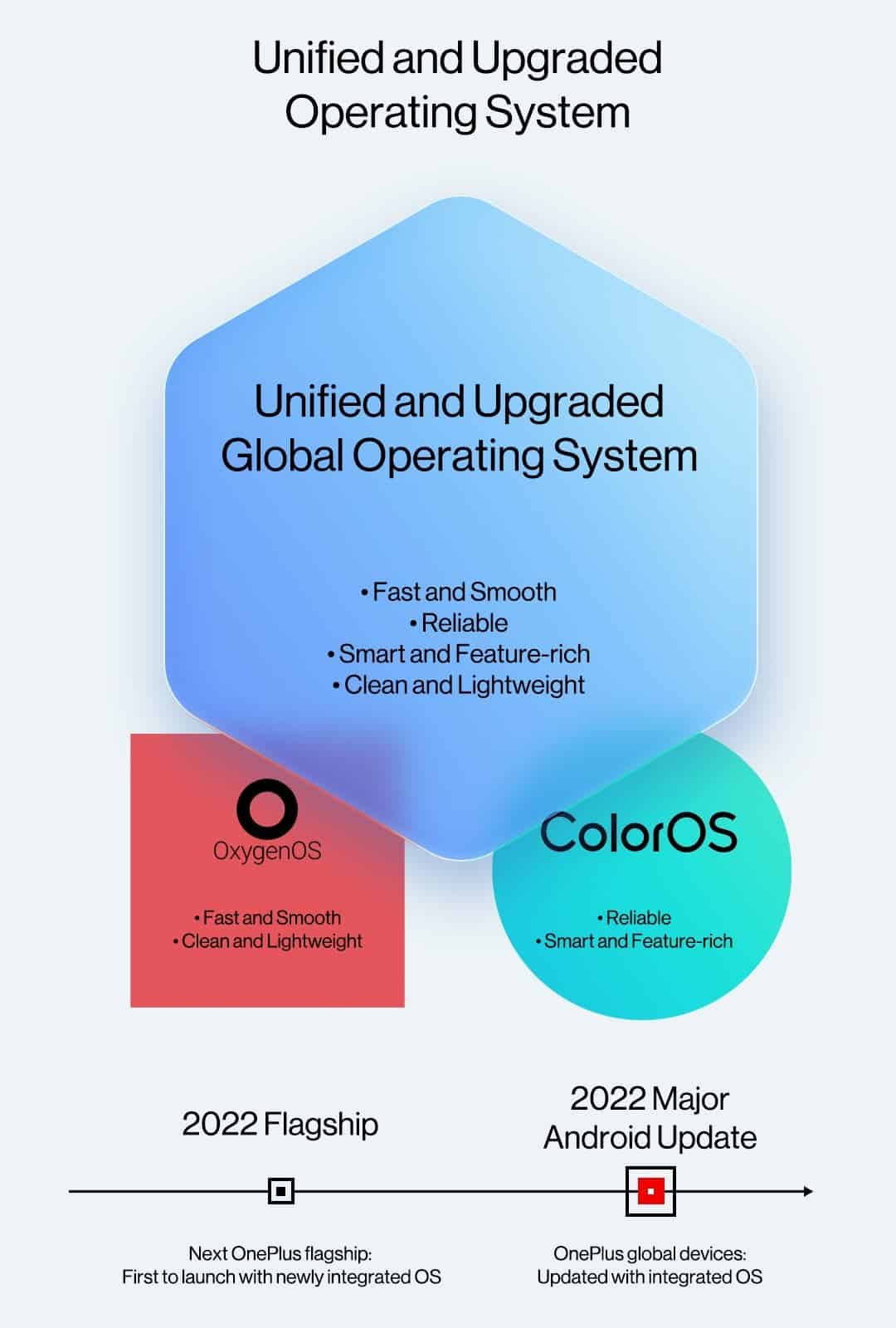 The brand executive reiterates that it is difficult to deliver ColorOS 12 for the phones that are running HydrogenOS via OTA update. On top of that, the company has to even take care of user data.

Pete confirms that the migration from OxygenOS to ColorOS will not result in a factory reset. In other words, users will not lose any files and applications on their devices while upgrading.

The brand is working on a seamless migration process. This is why it’s taking more time for the OxygenOS software team; which is now part of the ColorOS team, to deliver Android 12. The merged team is also striving to improve the smoothness of the system.