The latest data released by Counterpoint shows that in the fourth quarter of 2021, Apple became China’s largest smartphone supplier with a market share of 23%. This is the first time Apple has topped the Chinese mobile phone market since 2015. Zhang Mengmeng, a research analyst at Counterpoint, said Apple’s outperformance was driven by a mix of its pricing strategy and the premium it gained from Huawei. Since the release of the iPhone 13 series in September last year, Apple has risen to first place in the Chinese market. After that, it remained in the lead for most of the fourth quarter. 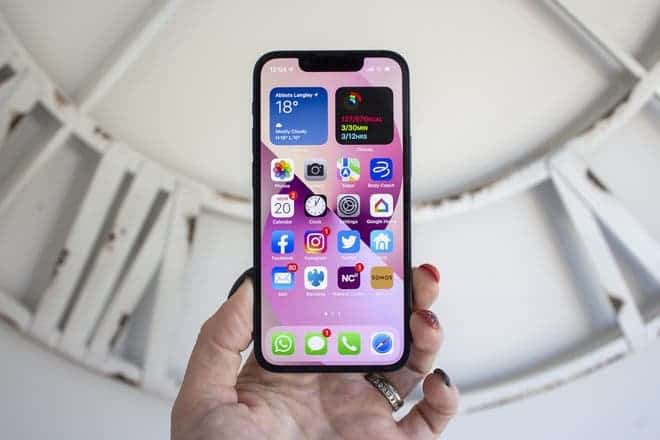 Apple’s iPhone 13 series was launched in the Chinese market at a competitive price. For this reason, many high-end users turned to Apple mobile phones, pushing Apple to the top position again. Counterpoint believes that Apple’s high-end success is an encouraging sign and will continue to inspire Chinese manufacturers to deploy at the high-end. The average selling price of smartphones is expected to continue to rise in China. However, leading smartphone brands are now intensifying efforts to raise the average selling prices in response to declining sales.

In fact, smartphone sales in China fell 9% year-on-year in the fourth quarter. This is the third straight quarter of declining smartphone sales. According to Counterpoint, smartphone sales in 2021 will also continue to decline for the fourth consecutive year, down 2% year-on-year. Counterpoint pointed out that the past year has also been a milestone for Chinese manufacturers to adopt advanced technologies. They have entered the upstream chip field with the likes of Vivo, Oppo and Xiaomi having their won chips.

Ivan Lam, a senior analyst at Counterpoint, said: “The Chinese market continues to decline due to various factors on both the supply and demand sides. First, ongoing parts shortages are impacting all OEM shipments. Second, the average replacement cycle for smartphones in China is getting longer. Smartphone designs within brands have also become more homogeneous, especially when it comes to hardware, failing to incentivize consumers to upgrade. Finally, China has experienced a complex economic environment, with exports driving growth while Chinese spending remains subdued”.

Counterpoint believes that the Chinese market is changing rapidly. This is the case from the ranking of major manufacturers in 2021. Oppo was top in the first quarter, Vivo topped in the second and third quarter while Apple took the fourth quarter.

Next Honor is the top Chinese brand in China's smartphone market