The YouTube mobile app is getting a new, redesigned video player, where a number of frequently used buttons have been moved to the player window, making them easier to quickly access. This improves the user experience when switching to full screen mode on YouTube while watching a video.

YouTube mobile app is getting a new video player 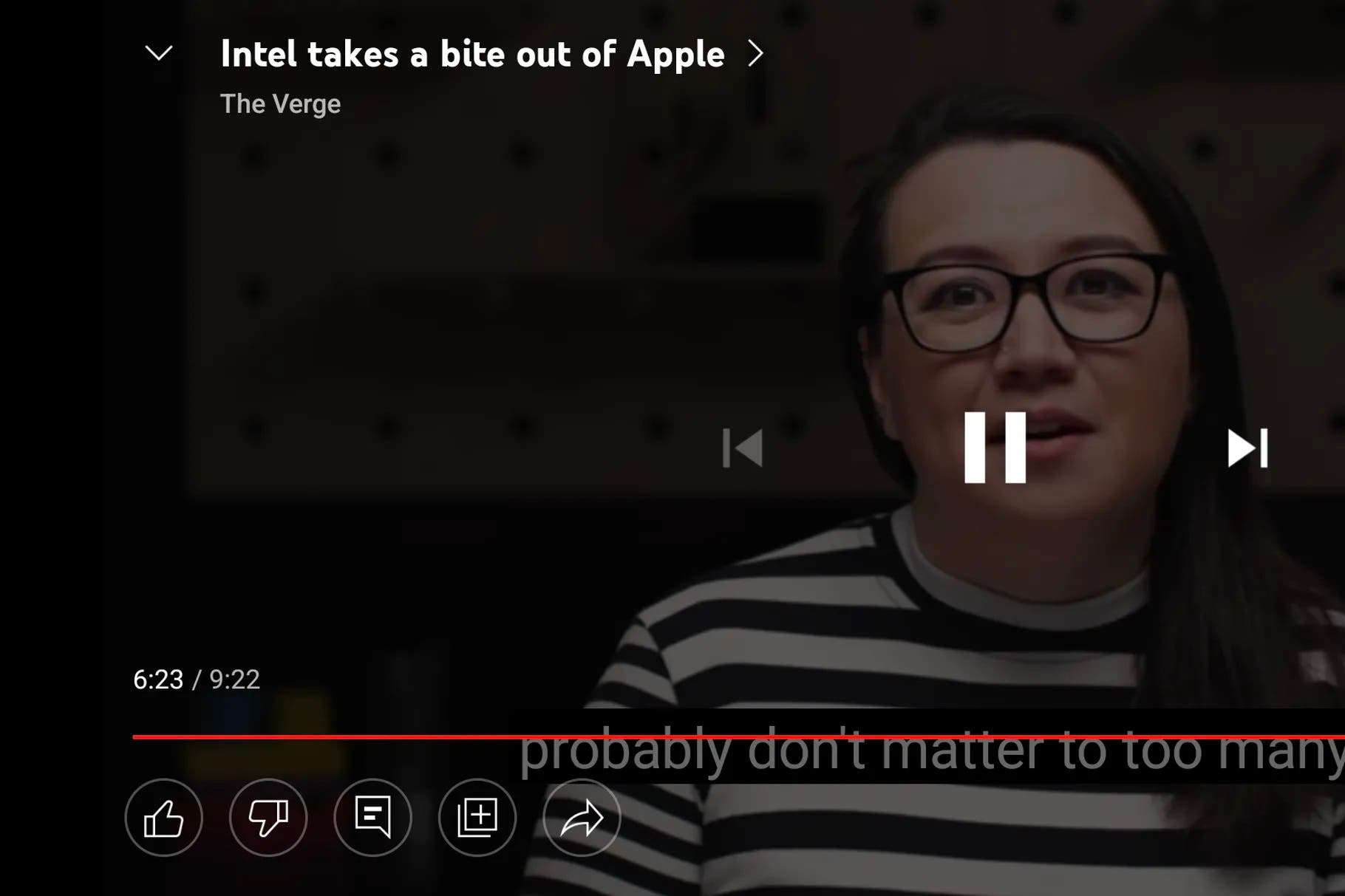 From now on, the user can quickly access comments, rate the video, add it to a playlist or share it. The buttons for performing these actions are located in the lower left corner, and the “additional videos” section is available in the lower right. While all of these options are not new to the YouTube app, previously users had to exit full screen mode and then find these buttons in portrait or use the swipe up gesture. Now all this is available in landscape orientation.

The new video player UI has begun rolling out to iOS and Android devices. At this stage, it covers only a number of regions, but will soon become publicly available to everyone.

Google YouTube today extended the test period of the iPhone’s picture-in-picture feature for another two weeks. According to YouTube, its premium users can now use Picture-in-Picture mode on iOS as an “experimental feature” until February 14. The feature was originally scheduled to roll out by January 31, but that date has been pushed back several times. Picture-in-picture mode is available on iPhones running iOS 14 and newer. It allows watching videos while using other apps. While watching a video, users can tap the picture-in-picture button with two boxes and an arrow; to move the video to a small window that floats on the home screen or other apps.

Read Also:  YouTube now shows the best moments of a video for the most impatient

In a June 2021 statement, a Google spokesperson said YouTube plans to roll out Picture-in-Picture to all iOS users in the U.S. However, the company did not provide a specific time frame for the rollout. Meanwhile, picture-in-picture on iOS remains an exclusive service for YouTube power users. YouTube Premium, priced at $11.99 per month in the US, features ad-free videos, the ability to download videos, play videos when the device’s screen is on the lock screen, and more. As of now, we can not tell if the company will further extend the testing period for this feature. However, we will for sure discover more details in the upcoming few weeks, so keep in touch.

Next iPhone SE 3: high-quality images and a nice price tag