Meta, which owns the WhatsApp messenger, is preparing an app update for iOS and Android platforms. In the new version, it will be possible to leave a reaction to the message of the interlocutors. At this stage, the update is undergoing closed beta testing; but there is no information when it will appear in its stable version.

There has been a lot of talk about WhatsApp being able to respond to messages with emojis for a long time. But, developers could not decide how they would look. It seems that the issue has finally been resolved; and the screenshots of the test build show the finished look of the function. At the moment, the number of emoticons is 6, and there is no understanding of what action can be in use to call the panel with emoji to display the reaction to the message. 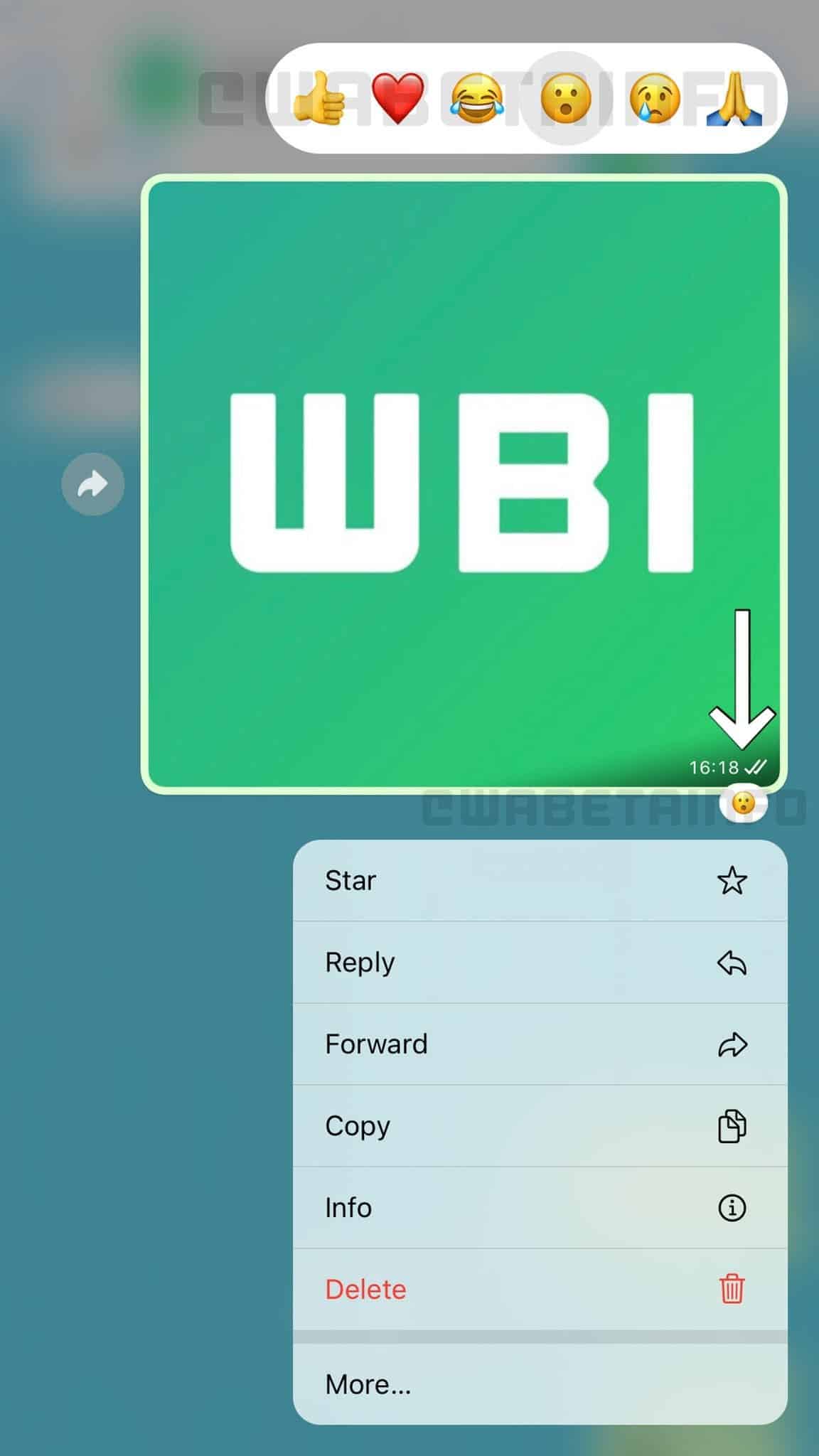 The European Commission announced recently that Meta (Facebook) instant messaging app, WhatsApp, must clarify some recent changes to its terms of service and privacy policy. The company has to make this clarification within a month to ensure compliance with the EU consumption Protection Act. Previously, the European Commission had expressed concern that consumers lacked clear information on the consequences of their decision to accept or reject WhatsApp’s new terms of service.

EU Justice Commissioner, Didier Reynders, said in a statement: “WhatsApp must ensure that users understand what they have consented to and how their personal data is being used, for example in which places share this data with business partners. WhatsApp must make a concrete commitment to us by the end of February on how it will address our concerns.”

In January last year, WhatsApp released a new version of its privacy policy. The new policy allows WhatsApp to share more user data and details of platform interactions with its parent company Meta. Many users did not accept this move from the company.

In July, European consumer group BEUC complained to the European Commission. It claims that WhatsApp fails to explain in plain language how the new privacy policy differs from the old one. It is difficult for consumers to understand how changes to its privacy policy will affect their privacy.

Next Samsung Galaxy S23 screen can be curved on all sides