This year, Samsung will begin the premiere with the presentation of the Galaxy S22 series, which is less than a week away. And a little later we are waiting for the announcement of the Galaxy A53, which will be the successor to such popular models as the Galaxy A50, Galaxy A51 and Galaxy A52. Winfuture website shared images and characteristics of the smartphone with the general public.

Samsung Galaxy A53 in terms of design inherits the features of its predecessor, without intervention in the exterior. The back cover is made of plastic and an Infinity-O display with a built-in 32-megapixel front camera was installed on the front panel. On the back side, a rectangular block of the main camera with four image sensors 64 MP + 12 MP (super-wide) + 5 MP (macro sensor) + 5 MP (depth sensor) was installed. 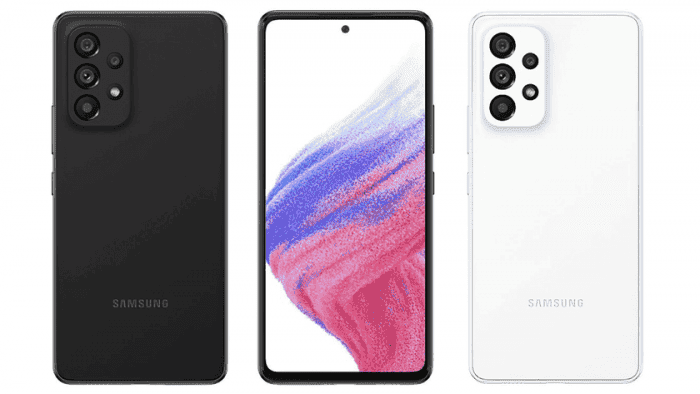 The pandemic continues its spread on the planet, continuing to affect the technology sector. But the crisis and the shortage of components, although it had an impact on the industry, it continued to recover. This conclusion was made by International Data Corporation (IDC) experts after analyzing the smartphone market for all of 2021 and the fourth quarter of last year.

Between October and December 2021, 362.4 million units were sold worldwide compared to 374.3 million a year earlier. The leader was Apple, which controlled 23.4% of the mobile device market. In quantitative terms, this is 84.9 million iPhones sold. Coming in second is Samsung, which sold 68.9 million smartphones in the fourth quarter and accounted for 19%.

In addition, the third was Xiaomi with 45 million smartphones and a market share of 12.4%. Oppo and Vivo managed to break into the top 5, and their share is at 8.3% and 7.8%, respectively.

Also, according to the results of work for the whole of 2021, smartphone sales increased by 5.7%. In total, 1.35 billion units were sold against 1.28 billion a year earlier. The title of the largest smartphone manufacturer managed to keep Samsung; with a share of 20.1% and 272 million mobile phones sold. The second was Apple with a score of 17.4% and 235.7 million iPhones sold; the third place went to Xiaomi – 14.1%, which grew more actively than other companies – an increase of 29.3%.

Next Whatsapp users will soon be able to react to messages

Galaxy A53: Samsung’s new smartphone has been revealed