Samsung has pretty much concluded its plans for the Galaxy S22 lineup launch. Since the company’s big hits are already in the market, it’s time to shift its focus to the mid-range department. The company has conquered a myriad of fans in the past few years due to the excellent mid-range smartphones under the Galaxy A-series and M-series. Now, it’s time to unleash the big stars that will be pushing the 2022 series forward. We expect new devices to come soon including the Galaxy A53 and Galaxy A73. The former has the hard task to surpass its hot-selling predecessors. As per Evan Blass, Samsung will hold a Galaxy A Event next week on March 17.

During the upcoming event, the company will disclose new Galaxy A-series smartphones. Unfortunately, it’s hard to determine which are devices coming during the event. However, it’s pretty much reason to expect the Galaxy A53 5G to be one of the event’s stars. Interestingly, the official-looking teaser shared by the leakster, shows the alphabet “A” in different styles, with one of them hinting at water resistance. 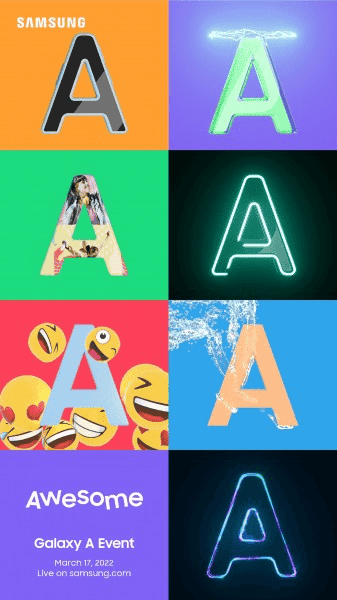 Last year, Samsung took to March 17 to disclose the Galaxy A52 4G, Galaxy A52 5G, and the Galaxy A72. Therefore, we can pretty much confirm that the Galaxy A53 and Galaxy A73 are coming in the new edition of the event. These two devices are basically the most anticipated devices and will dictate the rules in the Galaxy A-series for the next months.

This time around, we’re not expecting 4G variants, as Samsung seems to be finally going fully 5G with some of its devices. However, we can’t discard a 4G variant in a near future. After all, the company can save some money with a 4G variant in markets where 5G isn’t out.

According to the leaks, the Samsung Galaxy A53 will pack a Super AMOLED Infinity-O display with a Full HD+ resolution of 2,400 x 1,080 pixels and a 120 Hz refresh rate. Under the hood, the phone has an Exynos 1200 SoC with a Mali-G68 GPU. The phone will bring up to u GB of RAM and up to 256 GB of Internal Storage. It will run Android 12 straight out of the box with One UI 4.1. In terms of optics, we expect the phone will pack a 64 MP main camera with OIS, 12 MP ultrawide camera, 5 MP depth sensor, and 5 MP macro camera. For selfies and video calls, the phone has a 32 MP front-facing snapper. 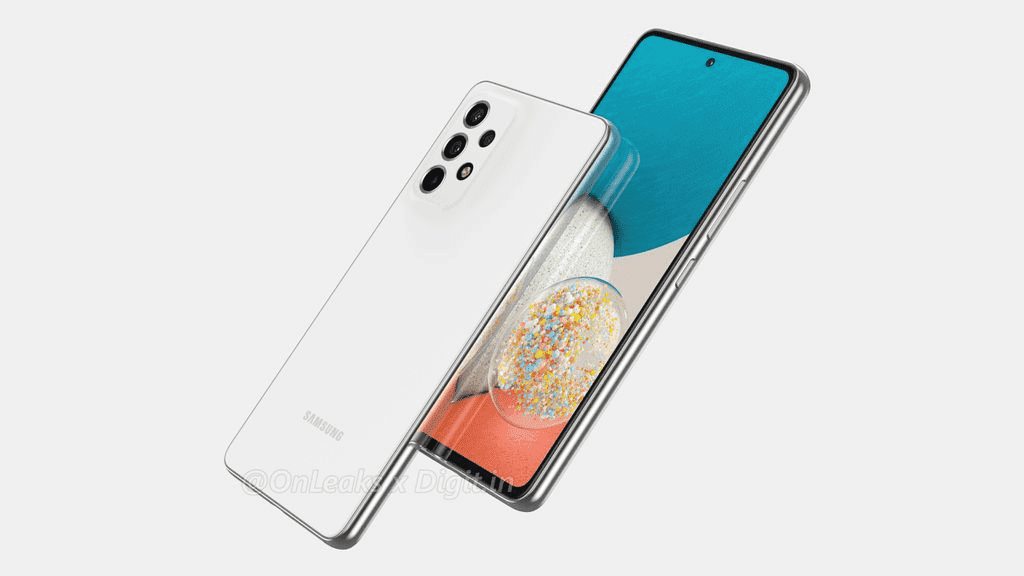 The Galaxy A53 packs an in-display fingerprint scanner, NFC, USB Type C, Stereo Speakers, Dolby Atmos. According to the leaks, it will draw its powers from a 5,000 mAh battery with up to 25 W fast-charging.

The Samsung Galaxy A73, Galaxy A33, and A23 also had their specs confirmed recently. All these devices can also be expected for the event.