The Realme C35 was recently certified by the National Broadcasting and Telecommunications Commission (NBTC) of Thailand. This smartphone has now been confirmed to officially launch on February 10. After many warm-ups and teasers, Realme Thailand released some posters that also revealed the specifications and appearance of the Realme C35. From the information on the posters, the Realme C35 will use a straight frame design. The power button on the side supports fingerprint recognition, and there will be a green color version. However, as of now, we do not know whether this device will have more colour options. 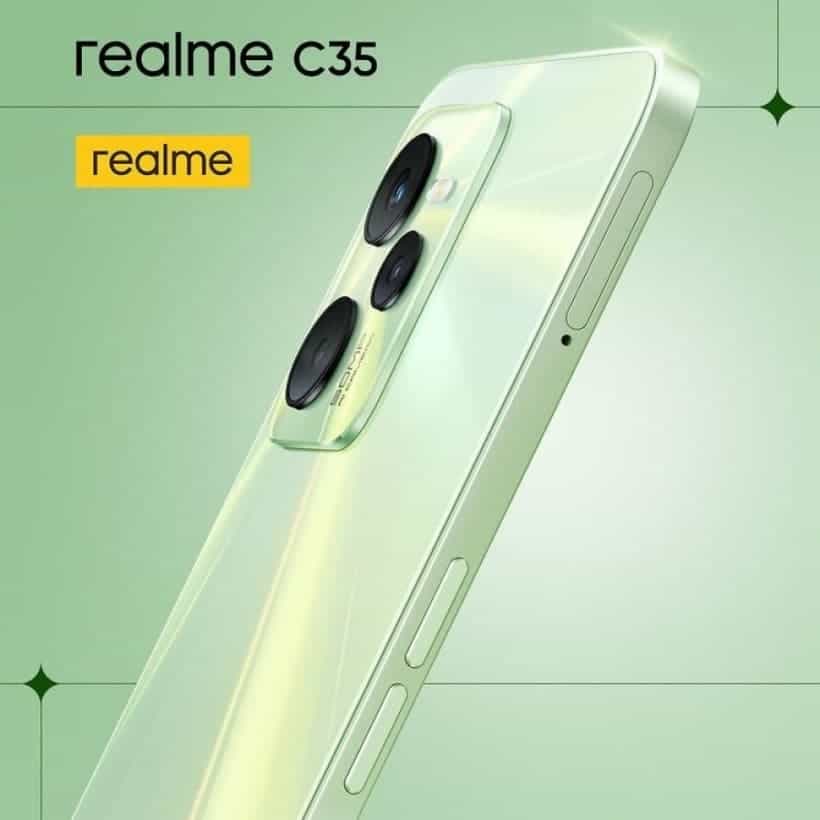 Furthermore, this smartphone will come with a 6.6-inch FHD display and also supports a UNISOC T616 chip. This chip is from a Chinese company that appears to be getting more smartphones under its belt. In the coming years, we may be seeing much more Unisoc chips in the market. According to reports, the UNISOC T616 has two ARM Cortex-A75 cores, six ARM Cortex-A55 cores, and a Mali-G52 GPU. 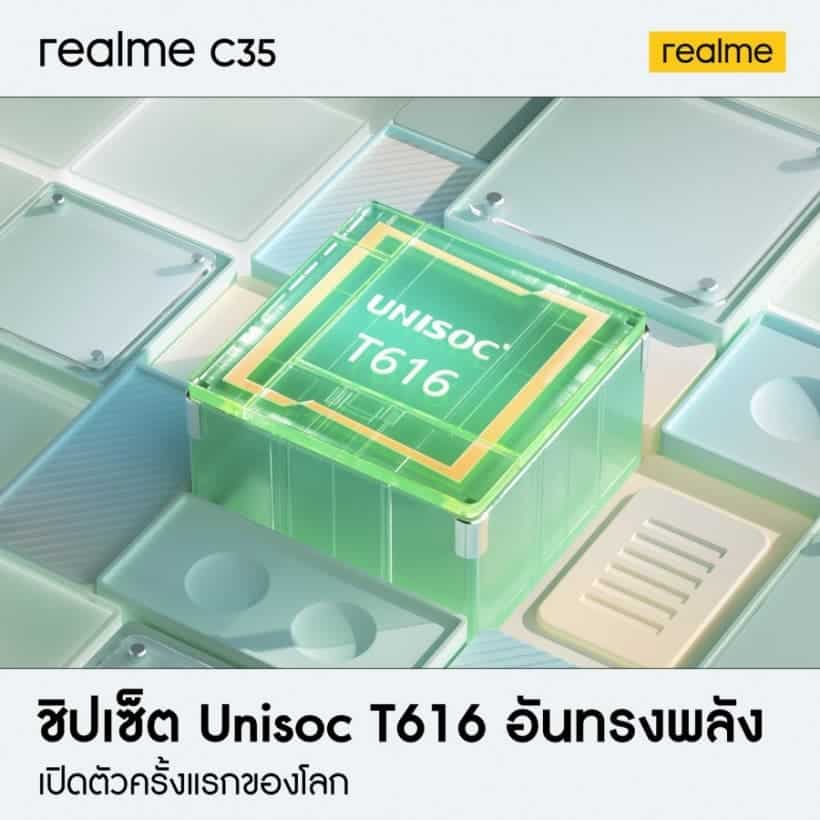 Realme C35 may have a quiet launch event

This chip is supported by 4GB of RAM and it should have the Realme UI 2.0 on top of Android 11. There are reports that there will be other RAM variants in the market. As of now, there is no information on the storage capacity. The phone has a built-in 5000 mAh battery, supports 18W fast charging, and also retains a 3.5mm headphone jack. As for the price, there is no official information. However, the official launch of this device is only four days away. 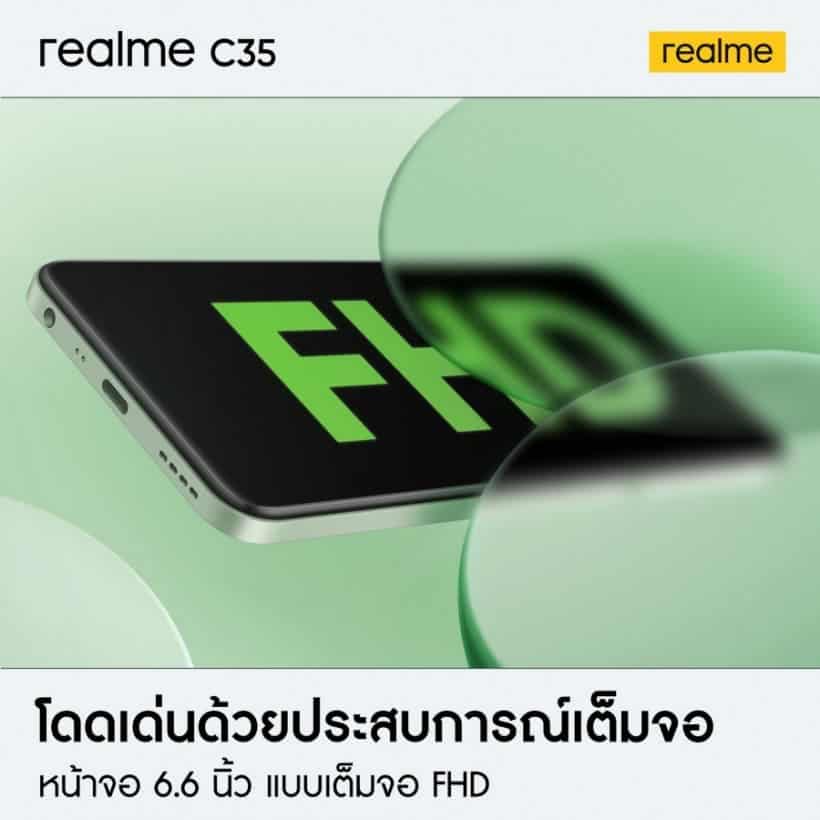 Unfortunately, there is no word on the release time for the Realme C35. However, we may hear more details soon. The device is bagging several certifications, so we can assume that it’s just a matter of time until we get a confirmation for this launch. 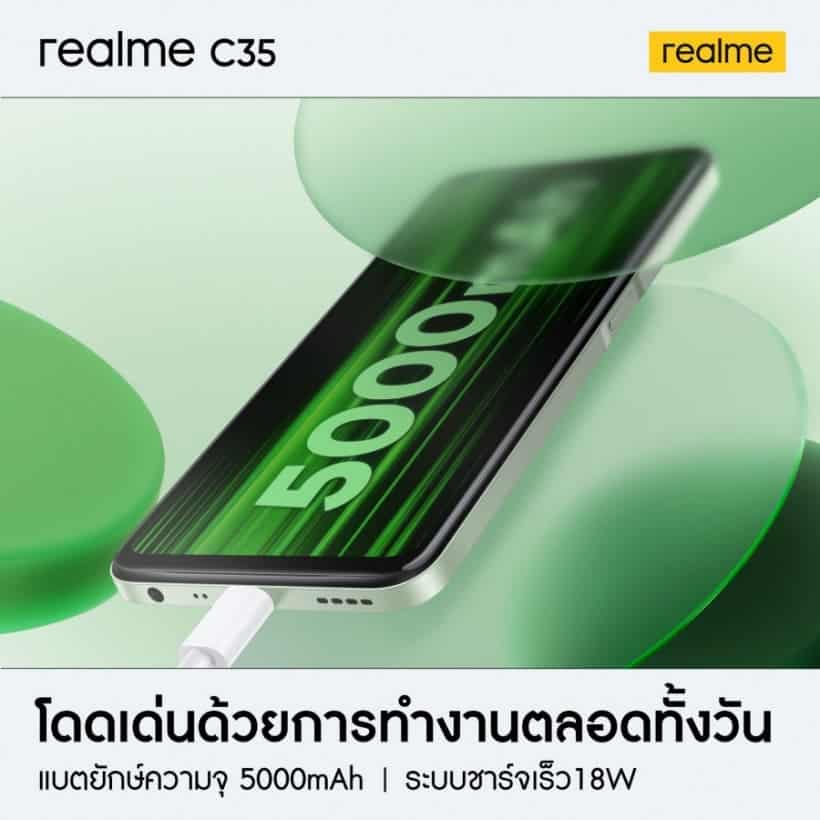 Realme has a pattern of smartphone releases which is usually quiet and market-specific. For smartphones like the Realme C35, the company will probably do a very quiet event. Usually, Realme’s launches focus on India, Indonesia, and Thailand. For the Realme C35, we are almost certain that this smartphone will launch in Thailand considering the certification. In addition to the Realme C35, the company is also getting set to unveil more Realme 9 smartphones. The company is expected to bring great advancements this time around with a powerful Realme 9 Pro+ variant that could be powered by the Snapdragon 870 SoC. The company will also bring its Realme GT 2 and GT 2 Pro to the International markets.