Motorola could be on the verge of unveiling the Moto Edge 30 Pro smartphone in India, as the company is gearing up for an impending event. In other words, Motorola will be bringing the new Edge series smartphone into the Indian market soon. Last month, was reportedly set to launch the Edge 30 Pro flagship smartphone in the global markets. However, this speculation didn’t prove to be true. For those who are unaware, the Moto Edge X30 was the first smartphone to pack Qualcomm Snapdragon 8 Gen 1 processor under the hood.

Regrettably, Motorola did not launch the Edge X30 outside China. However, the American consumer electronics giant has prepped for an event in India on February 24, hinting at the arrival of the China-exclusive handset in the country. Furthermore, the company could announce Moto Edge 30 Pro at the upcoming India event. The word on the street is that the Moto Edge 30 Pro is a rebranded version of the aforesaid Moto Edge X30. Motorola shared a teaser on its official Twitter account. The tweet implies that it could hold the event in India, and other regions on the same day, and at the same time. However, the tweet does not divulge the moniker of the upcoming handset.

Despite the lack of an official confirmation, 91mobiles suggests that the mystery smartphone could turn out to be the Edge 30 Pro. Likewise, a separate report by Gadgets 360 claims that the Motorola Edge 30 Pro is likely to adopt a slightly different design than the Moto Edge X30. Aside from that, the publications speculate that the phone could come with a Snapdragon 8 Gen 1 SoC. To recall, tipster Mukul Sharma had predicted that the Edge 30 Pro will be heading to India and other regions later this month. Now, the teaser corroborates this speculation, by hinting at an event on February 24. As mentioned, the tweet does not confirm the moniker of the upcoming handset.

What We Already Know

Given that Motorola is currently teasing a new smartphone’s debut in India, and globally, we are likely to learn more details in the coming days. The Moto Edge X30 (Edge 30 Pro) features a 6.7-inch OLED display with FHD+ resolution and a 144Hz refresh rate. Aside from that, the screen offers a 576Hz touch sampling rate, HDR10+, and 100 percent DCI-P3 color gamut. Moreover, it houses an in-display fingerprint sensor as well as a punch-hole cutout. The handset’s dimensions are 163.56 X 75.95 X 8.49mm and it weighs 194 grams. 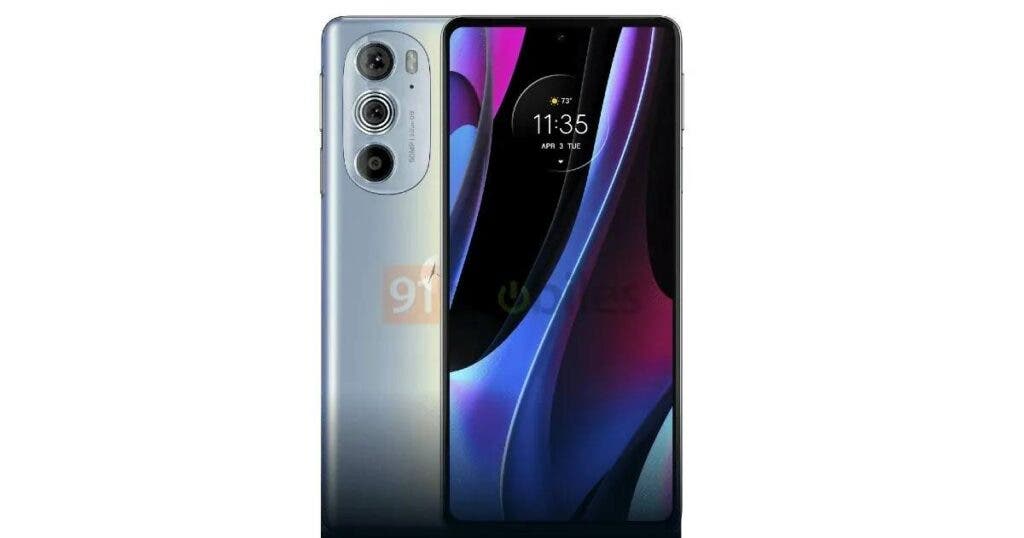 Furthermore, the phone draws its juices from a 5000mAh battery that supports 68W fast charging. For selfies and video calling, the phone houses a 60MP front shooter. The phone runs Android 12 OS with a layer of MyUI 3.0 custom skin on top. As if that weren’t enough, the handset even offers Dolby Atmos support. Under the hood, the phone packs a Qualcomm Snapdragon 8 Gen1 processor, along with an Adreno GPU. Moreover, it ships with up to 12GB LPDDR5 RAM, and offers up to 256GB UFS 3.1 storage.