The Moto Edge 30 Pro smartphone’s India and global launch timeline has been tipped, despite the lack of official confirmation. The official Moto Edge 30 Pro launch timeline seems to be leaked, but the exact launch date of the Motorola smartphone continues to be a mystery. To recall, the Motorola Edge 30 Pro smartphone’s official-looking design renders and specifications had surfaced online last week. Moreover, a report by MySmartPrice claim that the upcoming handset will be a rebranded version of the Edge X30.

Renowned leaker Mukul Sharma has confirmed the Moto Edge 30 Pro phone’s official launch timeline to 91mobiles. According to Sharma, Motorola is gearing up to launch a new smartphone later this month. Regrettably, the tipster did not divulge the exact date. Nevertheless, the publication claims the Moto Edge 30 Pro is headed to the global and Indian market in the coming days. However, Sharma suggests that the phone will carry a different moniker in the country. The Lenovo-owned company has launched the phone with the Moto X30 moniker in China.

More details about the Moto Edge 30 Pro could surface on the web in the coming weeks. To recall, the Moto X30 flagship phone went official in China back in December 2021. The Moto Edge 30 Pro is reportedly the same device. In other words, the Moto Edge 30 Pro smartphone’s specifications will be the same as the Moto X30, with some minor changes. Upfront, the upcoming phone will probably retain the X30’s 6.7-inch OLED display that offers FHD+ resolution. Aside from that, the screen delivers a 100 percent DCI-P3 color gamut, HDR10+, and a 144Hz refresh rate. 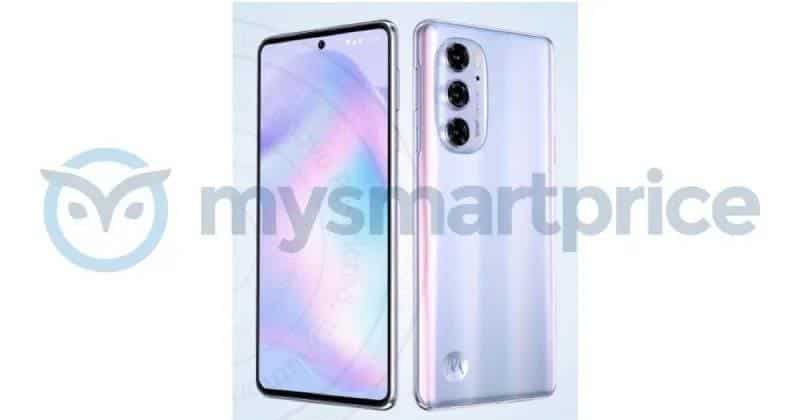 Furthermore, the phone will house an in-display fingerprint scanner. Under the hood, it packs a powerful Snapdragon 8 Gen 1 chipset. Also, it could ship with 12GB of RAM and offer 256GB UFS 3.1 storage. A robust 5,000mAh battery that supports 68W fast charging could power up the entire system. For optics, the Moto Edge 30 Pro is likely to come with three rear-mounted cameras. These include a 50MP main camera, a 5MP ultra-wide lens, and a 2MP sensor. Upfront, the phone could house a 60MP selfie camera. For connectivity options, it could offer NFC, Bluetooth 5.2, Wi-Fi 6E, and 5G.