Some time ago, Xiaomi and Motorola demonstrated long-distance wireless charging technology. The operability of this charging technology looks very sci-fi and futuristic. However, these companies are not the only ones working on this technology. According to a patent disclosed by the Korean Patent Office recently, Samsung is also developing similar technology. The patent shows that when charging multiple devices that support wireless charging, there is a wireless power transmitter that can cover the entire 360 ​​degrees around the wireless power transmitter. 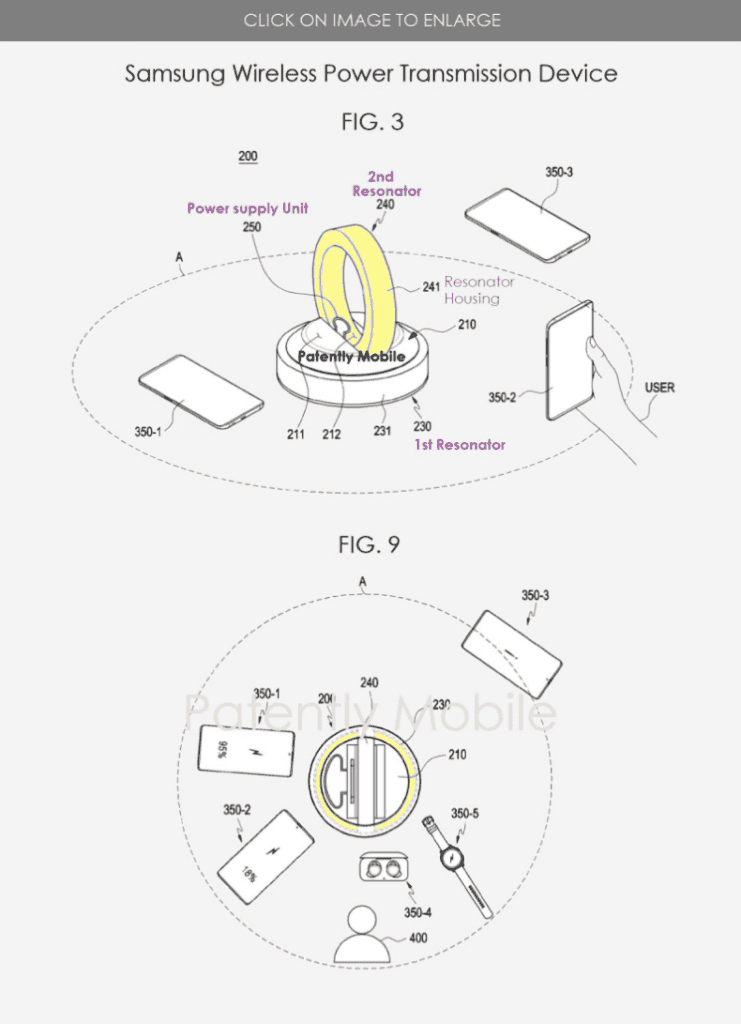 There are many types of transmitters available, some of which can be charged at any location and direction of electronic devices. However, there are others that can be charged at any location within a certain distance. The latter looks very practical. According to reports, Samsung’s wireless charging patent can charge more than 3 devices at the same time. These devices include mobile phones, earphones, smart earphones, and so on.

The Chinese Ministry of Industry and Information Technology issued the “Interim Provisions on the Radio Management of Wireless Charging (Power Transmission) Equipment (Draft for Comment)”. The document lists the guidelines for the power transmission and production of wireless chargers. The guidelines clearly state that wireless charging technology can not exceed 50W. However, this is only a preliminary document and could be revised in the future.

High wireless charging could be harmful

The Chinese government wants to control the orderly use of radio spectrum resources by wireless charging (power transmission) equipment. In addition, it is also trying to ensure that high-frequency charging does not interfere with other radio services. The restrictions are necessary to maintain the order of airwaves. There are speculations that very high wireless charging could cause safety hazards to some sectors. Areas that high wireless charging can affect include aviation, shipping, astronomical observation, and other areas.

Next How To Record Calls On Your iPhone