This morning, Oppo officially announced on its Weibo page that it has partnered with Hasselblad to bring “the legendary image into everyone’s life”. This Swedish company is one of the largest in the world, specializing in the creation of professional cameras. The cameras of this company were chosen by NASA for filming the surface of the moon and accompanied the shuttle flights into space.

Recall that a year ago, OnePlus became a Hasselblad partner, which managed to release two generations of flagships with algorithms from the Swedish company in terms of competent color calibration. And now, a year later, Pete Lau, now part-time vice president of Oppo, announced that Hasselblad and Oppo have entered into a strategic partnership agreement in the field of imaging for a period of three years.

It has not been officially announced, but it is already known that the first products of the company with software from Hasselblad will be the Oppo Find X5 and Oppo Find X5 Pro, whose premiere is expected this month. The network has already shown images of Oppo smartphones; on which the logo of the Swedish company proudly flaunts on the back. 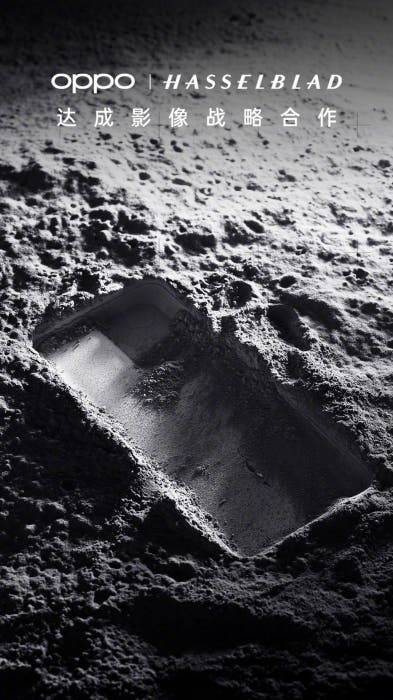 The company is ready to offer an advanced image stabilization system

Last August, Oppo unveiled several cutting-edge developments in mobile cameras and imaging. In particular, the company demonstrated five-axis optical image stabilization technology. We know that Oppo is all set to begin mass production of the solution; and we will see it in the company’s devices from the first quarter of 2022.

So, today, well-known network insider Digital Chat Station reports that the company will begin mass production of commercial five-axis optical image stabilization technology, which is the first in the industry at the hardware level. Which devices will receive it first, we do not know. But these will definitely be flagship-level smartphones; and it is possible that we are talking about the Oppo Find X5 series.

Recall that the five-axis image stabilization technology helps the processor to receive motion data through a gyroscope; analyze them and process them through algorithms. After processing the information, it moves to a movable lens and an image sensor; which has special motors.

Lens shift is in use for smoother stabilization, and sensor-shift offers fast stabilization; with the sensor moving along two axes at the same time. Oppo claims that the efficiency of its technology is three times higher than other solutions on the market; and this is already close to the performance of SLR cameras. In theory, it should improve image stability, color reproduction, and clarity; as well as increase image compensation efficiency by 65% ​​and light capture rate in poor ambient light conditions by 70%.

Previous How to get started with Android 13 Developer Preview

Next Canalys: foldable smartphone sales to exceed 30 million in 2024