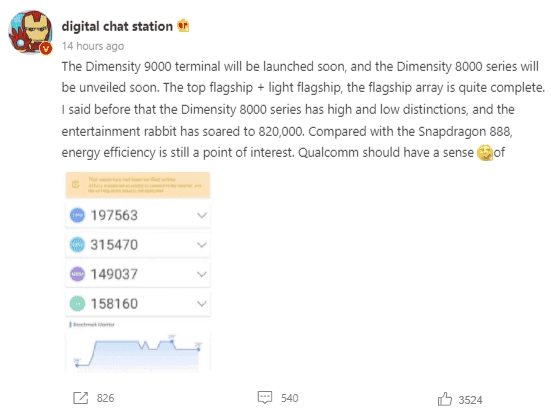 Furthermore, the Dimensity 8000 series will also have high and low distinctions. It seems that there is more than one type of this chip. In terms of performance, its AnTuTu rating has a running score of 820,000. This means that its performance surpasses the predecessor to the Snapdragon 8 Gen1, Snapdragon 888. While the energy efficiency of the Dimensity 9000 is one of its major selling points, the Dimensity 8000 will likely not have the luxury. 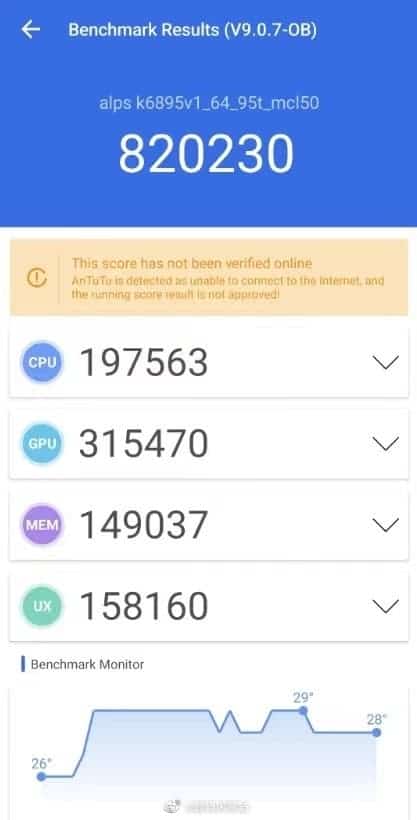 On AnTuTu, the running points of the Snapdragon 888 smartphones are basically around 800,000. This shows that the Dimensity 8000 series is slightly better. At the same time, the Snapdragon 888 is known as the “Fire Dragon”. The problem of high temperature has always been a headache for mobile phone manufacturers and users. The current Snapdragon 8 Gen does not completely solve this issue. This means that smartphone manufacturers will have to think hard about how to solve the issue. Of course, they will have to include a good heat dissipation design in their smartphones. This will involve advanced materials, complex layouts, and advanced technology.

In contrast, MediaTek Dimensity 9000 has emphasized low power consumption and high energy efficiency since its release. The Dimensity 8000 series will certainly be no exception but not as good as the Dimensity 9000.