UMIDIGI is obsessed with snatching the rugged phone market for quite a while. After all, in the past year, half of the phones the company had released are rugged phones. And their first phone in 2022 they are promoting now is BISON GT2 5G rugged series  too.

But recently a prolific tipster said UMIDIGI is gearing up to launch the next generation of its popular A-series and leaked a set of design renders of A13 Pro. Which will be the major product in the A13 lineup. And it§s showing, that the company appears to be trying to get back to the traditional smartphone racetrack.

Based solely on the renders, the A13 Pro has the same design as its A11 series. So with the classic flat-edge design of Apple and a popular frosted finish in the smartphone market. Renders also show, that A13 Pro comes in 5 different colors, black, gold, purple, light blue and dark blue. What is worth noting is, that all models have little shiny dots on the surface that look like the same dazzling design as the OPPO Reno series. Of course, the same iconic logo is still there. 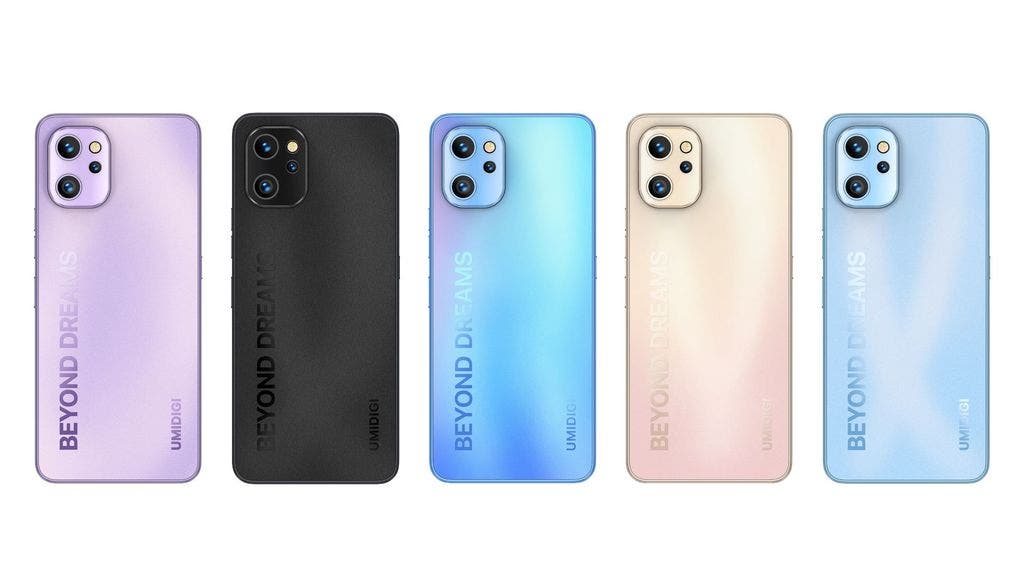 Appearance aside, A13 Pro will have a triple camera system for example. Although we don’t know the specific specs yet, the main lens is expected to have 48MP resolution. On the front it features a water-drop screen for the selfie shooter. Additionally, it also comes with an independent button like their other devices, and it will probably support the Type-C charging port and 3.5mm headphone jack.

Full specs of A13 series have yet to be announced and there are still doubts whether all colors will be released. Judging from its previous products, it is most likely, that only three colors will debut eventually. Moreover, we can also infer from the leaked design and UMIDIGI’s convention that the A13 Pro is not a flagship model, but rather but a cost-effective device again. But specs are uncertain, nobody can make the conclusion yet, right? The new series is expected to be launched in mid-March so let’s wait and see.