According to reports, Tesla plans to start construction of a new factory in Shanghai as soon as next month. This factory will increase its annual production capacity in Shanghai to 2 million vehicles. Once the new factory is fully operational, Tesla will be able to produce as many as 2 million vehicles a year. Presently, the Tesla Shanghai plant is the company’s main global export hub. The new factory will allegedly be located near its existing production base in Lingang, Pudong New Area. As of now, there is no official comment from Tesla regarding this new factory. 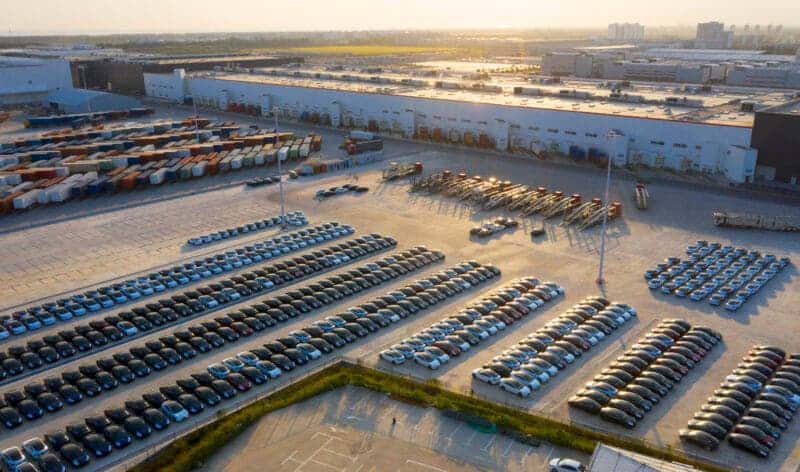 If the expansion plan is successful, Tesla will gain the same capacity for electric vehicles as local automakers in the world’s largest auto market (China). By comparison, Toyota will produce 1.6 million vehicles in China in 2021. GM and its main Chinese partner, SAIC Motor, produced 1.4 million vehicles. Volkswagen plans to have the capacity to produce 1 million electric vehicles in China by 2023.

The cost of the planned expansion and Tesla’s completion timeline was not immediately announced. Plans to expand the existing factory are aimed at enabling the company to produce about 1 million vehicles this year. However, it is important to note that meeting the company’s target will depend on the availability of parts.

Tesla will produce 22,000 cars a week in Shanghai

According to an insider, Tesla expects the plant to produce about 22,000 vehicles a week in the coming months. That production will reach about 1.1 million vehicles in a year, more than double the plant’s original projected capacity.

Reuters previously reported that Tesla may expand its production capacity at the existing plant. However, just like Tesla, the Shanghai government did not also respond to request for comment(s).

In a regulatory filing to Shanghai earlier this week, Tesla said it plans to expand parts production at its Shanghai plant. The company will also hire more employees and extend the daily operating hours of the plant. This is necessary in order to meet the needs of growing export demand.

Tesla has a relatively high market share in China and also has a large contribution to the global market. The cars produced by its Shanghai factory last year account for about half of the 936,000 cars it delivered globally. Earlier this month, Tesla said its revenue in China more than doubled to $13.8 billion in 2021 from the previous year. Musk also claims that Shanghai’s production has surpassed that of the Fremont, Calif., factory (Tesla’s first factory).