American car manufacturer, Tesla, has been bringing a lot of innovations to the automobile industry. The company is currently the envy of several brands in the market with its innovations. The latest of Tesla’s inventions is a new “auto-parking” function. According to reports, Tesla electric cars are currently testing an “auto-parking” function. This feature will allow users to automatically park in a parking spot. 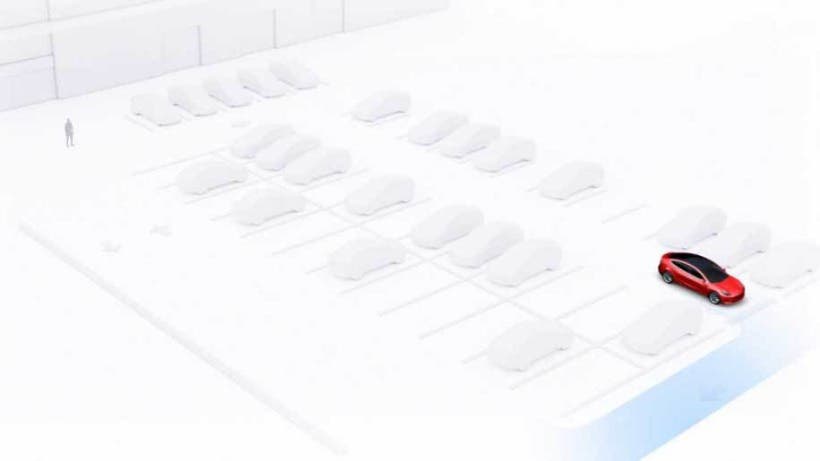 The feature, called “Reverse Summon”, will be part of the Full Self-Driving (FSD) package, and will function as the reverse of Tesla’s previous “Smart Summon”. The “smart summon” function can issue instructions to the vehicle when the owner does not want to walk back to the parking space by himself. This feature will allow the car to drive down to the owner’s location.

If the “reverse summoning” function can be put into practical application, it is bound to become a very practical function. For example, when it rains, drivers are of course more willing to get off at the entrance of the shopping mall or the entrance of the office building close to the open-air parking lot. Otherwise, they will probably get wet after parking the car and getting off.

Tesla is ahead of the competition

According to recent leaks, the reverse summon will have three functions, such as ordering the car to stop “closest to the door”, “near the shopping cart recycling” or “the end of the parking lot” . It differs from Tesla’s existing Autopark feature, which can only be used while the driver is in the car.

However, it is important to note that there is no official confirmation regarding the “auto-parking” function. The source is a Reddit thread that claims to be close to a Tesla insider. Thus, it is best to treat the information with a grain of salt. However, NotaTeslaApp confirmation of the feature gives the news some sort of credibility. NotaTeslaApp is a website that reports anything related to Tesla. According to the website, Tesla is testing the feature and the company’s engineers are working hard to release the feature. When the feature launches on FSD-equipped cars, it may have a different name, such as Smart Park, according to some insiders.

However, using this sort of feature will not be easy in many regions. Tesla has been facing increasing scrutiny in many regions because of its new features. For instance, Tesla Auto Pilot (Self Driving) is under scrutiny in parts of Europe. This is because such features if not perfect could be dangerous.

Previous Chrome still the most popular browser in the world

Next Samsung is the World's Largest Patent Holder for 2021