Samsung has also filed about 90,416 patents worldwide, including 6,366 patents in the United States, making it the most patented company in 2021, surpassing many large companies. That has emerged from a recent data compilation by Bankless Times.

According to the data, The South Korean company’s – Samsung portfolio of patents stands at 90,146 families. Patent activity is a vital metric to investors, analysts, and scholars. It reveals a firm’s financial health as its typifies its value.

The current report compared 250 global companies. It revealed Asian companies dominating the top ten positions globally. Of these, the Chinese occupied six of the ten spots. In contrast, the U.S and South Korea had one patent each, while Japan had two. 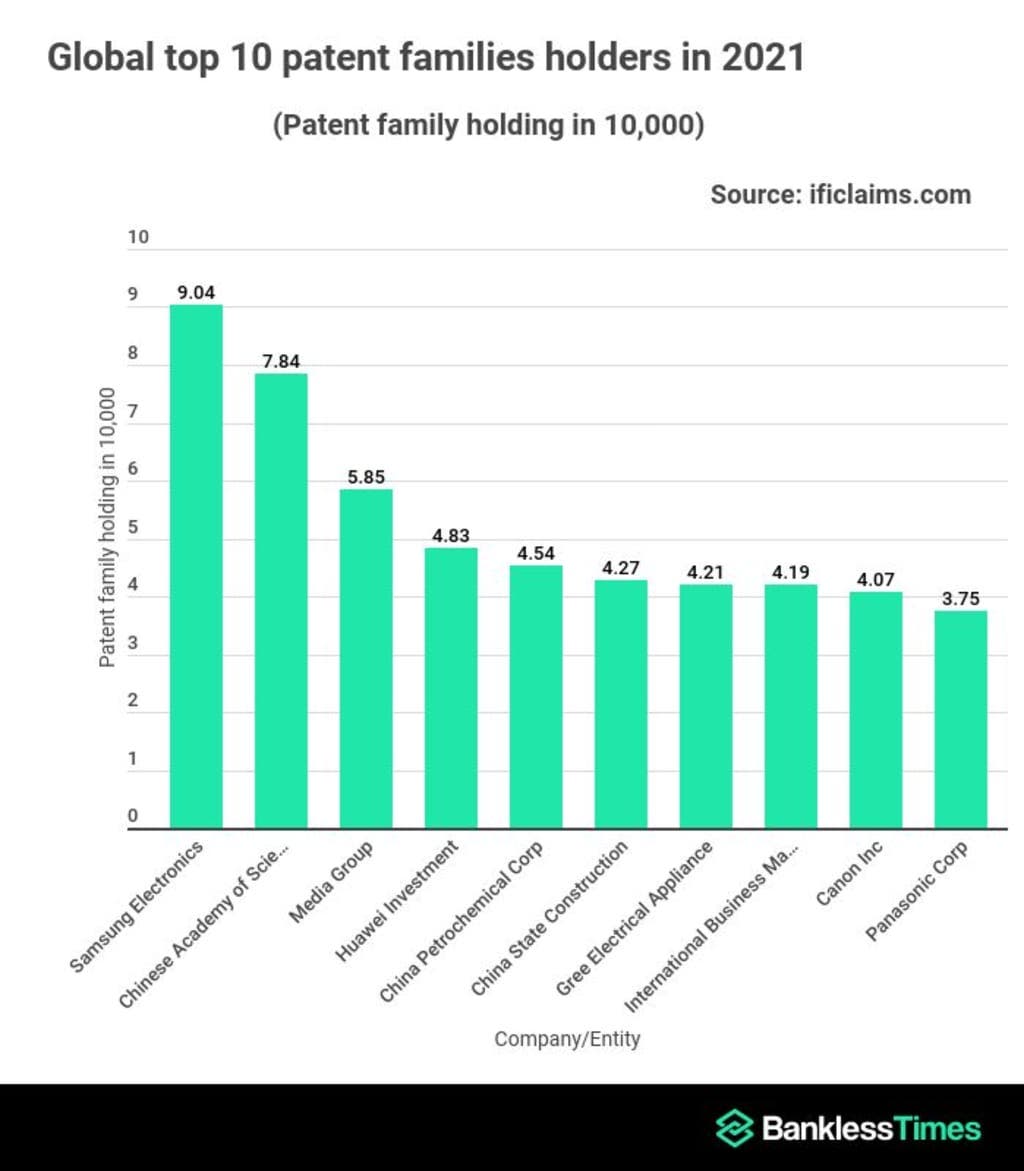 China’s Academy of Science (CAS) ranked second with over 78K patents. Midea Group and Huawei Investment and Holding followed in the third and fourth spots. The former owns about 58K patents, the latter’s being nearly 48K.

The data also indicates that China holds 29% of the worldwide 250 patent families. In comparison, the U.S and Japan have 24 and 19 percent each. China’s dominance is indicative of a serious investment in IP driven by a culture of R&D.

Turning to the U.S, the report has revealed where corporates have prioritized their R&D efforts. The sectors with significant investments are telemedicine, food and agriculture, and mitigating climate change.

Besides, there’s interest in advancing the supply chain. Here efforts centered on real-time monitoring of goods from production lines to the final consumer.

Moreover, the study revealed that the number of patent grants in the U.S had dropped. In the last decade, patent grants decreased by about 7%. They also fell by 1% in 2021 from their 2020 level. Similarly, published IP applications fell from about 413K to 410K, a 1% dip.

Analysts opine that several factors explain the declines in IP applications and acquisition. One of these is the COVID-19 induced economic downturn. Nevertheless, corporations have braved the challenging economic environment to continue innovating.

Next Apple slapped with antitrust fines for five consecutive weeks