Lenovo certainly brought a bag full of products to this year’s Mobile World Congress (MWC 2022). The company used the stage in Barcelona to reveal a bunch of new products for the smartphone, tablet, and computer segment. The brand announced new Legion Gaming laptops, but the regular laptops are also present, obviously. The company is refreshing its ThinkPad lineup featuring Snapdragon 8cx Gen 3 processors for faster performance and extra efficiency. There are also new models with a 165 Hz refresh rate. The new Lenovo ThinkPad X13s takes to the stage along with the new X1 Extreme, Yoga, and other models.

When it comes to the Snapdragon-powered new ThinkPads. They switch to the current 16:10 aspect ratio. To recall, they had earlier announced a transition to the 16:9 standard. It offers more room and is also taller than its predecessors. The Lenovo ThinkPad X13s is the first Lenovo model to pack a Qualcomm Snapdragon 8cx Gen 1 chipset. According to Qualcomm, it offers up to 60 percent improvement over other alternative platforms. The improvements reflected in the battery life and the excellent portability of the Lenovo ThinkPad X13s. 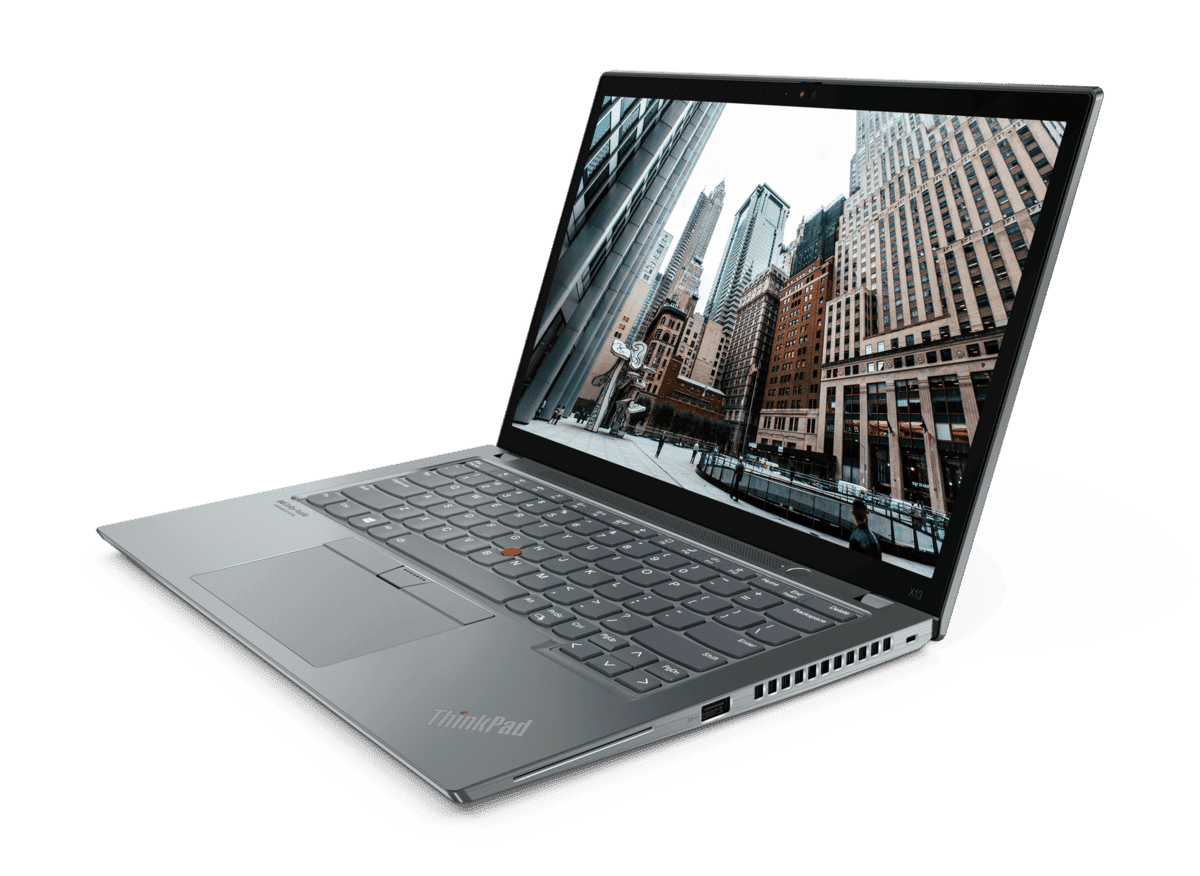 The Lenovo ThinkPad X13s weighs just 1.06 Kg which is quite decent for a laptop. It’s very easy to carry with just one hand. The laptop is also lighter since the ARM-based processor does not need a cooling fan system. The Snapdragon 8cx Gen 3 has minimal heat generation and is efficient in energy and performance. The new ThinkPad X13s is sturdy and is made from 90 percent recycled magnesium. The Lenovo Thinkpad X13 lineup is priced from $1,099 and will be available in May 2022.

Besides the ThinkPad X13s, Lenovo also brought a bunch of other ThinkPad laptops to the MWC stage. The company’s current lineup brings Chromebooks and even tablets. It also brought new Windows 11-powered laptops.

The major highlights are a Lenovo ThinkBook 14s Yoga Gen 2 and a ThinkBook 13s Gen 4. Both are powered by 12th Gen Intel Core processors. They come with a dual-tone aluminum fuselage and support for Thunderbolt 4, and Wi-Fi 6E.

Another addition is the Lenovo ThinkPad X1 Extreme Gen 5. The new laptop comes with a 12th Gen Intel Core i9 H-series processor with support for up to 64 GB of LPDDR5X RAM. Finally, we have new T-series laptops that come in Intel and AMD versions. The Intel models come with 12th Gen Core SoCs. Meanwhile, the AMD variants bring the Ryzen Pro 6000 series.

Previous The Galaxy Note series is officially dead; The S Ultra is the new Note