OnePlus released its flagship unusually early this year, and only the OnePlus 10 Pro. This smartphone will only reach a number of countries in the global market by the end of March and the company plans to release the uber-flagship OnePlus 10 Ultra. But what about the OnePlus 10?

According to online sources, OnePlus is currently working on a smartphone codenamed “Oscar”. It is assumed that it will enter the market as OnePlus 10 and its premiere may take place in the second quarter of this year. And today, a picture of the back panel was posted online, which may well belong to the 10 version. The insider who posted the photo online claims that industry sources helped get it.

In the picture itself, we see a panel in the upper left corner of which they installed a rectangular block of the main camera, where the main sensor is huge. There are three more holes that can be used for other sensors; among which there will definitely be an ultra-wide-angle one.

At the moment, this is all that is known about the OnePlus 10. We can only speculate that the smartphone will offer Snapdragon 8 Gen 1, at least 8 GB of RAM and 128 GB of internal memory, 80 W fast charging and a 120 Hz AMOLED panel.

OnePlus 10 showed up in a leaked photo 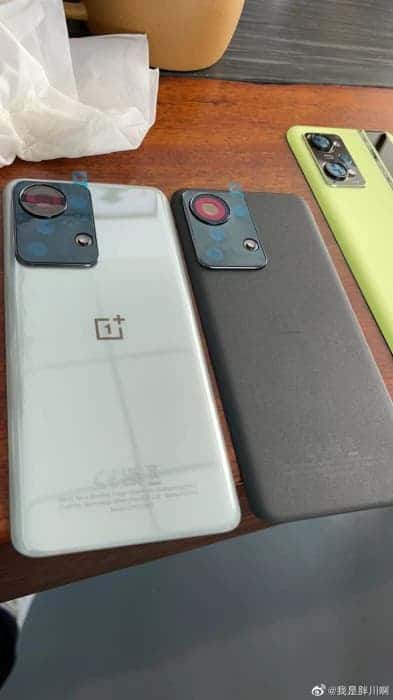 The OnePlus 10 Pro flagship smartphone was launched in China earlier this year. OnePlus recently unveiled the 10 Pro Extreme Edition; which will be offered exclusively in white (the regular version came in green and black); as well as with more memory than the original model. Reception of pre-orders for the new product has already started, and retail began on March 1.

The OnePlus 10 Pro Extreme Edition will only be available in one configuration: 12GB of RAM and 512GB of storage. Recall that the maximum amount of RAM OnePlus 10 Pro is the same 12 GB; but the storage capacity does not exceed 256 GB.

Also, the rest of the device has not changed. The smartphone retained the Qualcomm Snapdragon 8 Gen 1 chipset, a 1440p AMOLED screen with a diagonal of 6.7 inches and a refresh rate of 120 Hz. The main camera, created in collaboration with Hasselblad, has remained unchanged, which combines a 48-megapixel Sony IMX789 main sensor, a 50-megapixel Samsung JN1 sensor and an 8-megapixel module with 3.3x optical zoom.

The 10 Pro Extreme Edition variant will cost just over $900. The company has not yet announced when the smartphone will enter the global market.