No one can deny that Samsung is the leader in the foldable smartphone market. Besides this brand, there are a few others as well, including Huawei and Xiaomi. But they can’t compete with the South Korean company, at least, at the moment. Of course, this niche is gaining momentum, and in the near future, we will see many folding screen smartphones like the Oppo Find N and the Honor Magic V. We should also remind you that Google is working on the Pixel Notepad and likely it will hit the market this year. Lastly, Apple is going to uncover its first handset with this form factor next year.

This market is developing. So to keep up with the pace, Samsung should invent new form factors. Otherwise, it will be done by its competitors and Samsung wouldn’t be able to keep its leading position. 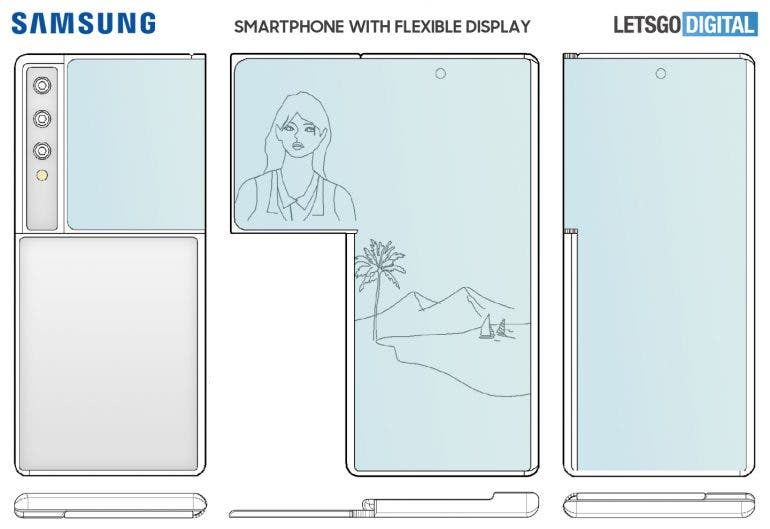 In this regard, recently, Samsung Display applied for a new design patent. The latter refers to a multi-foldable smartphone. What’s more interesting, the screen is folded out partially. Based on the patent documents and images, LetsGoDigital created 3D renders of this phone.

When fully folded in, the Samsung folding screen smartphone looks like a regular handset. The most unique part in its design though is that the display at the top left continues to the rear. If you turn the phone over, it becomes visible that the screen surface extends directly next to the vertical camera. 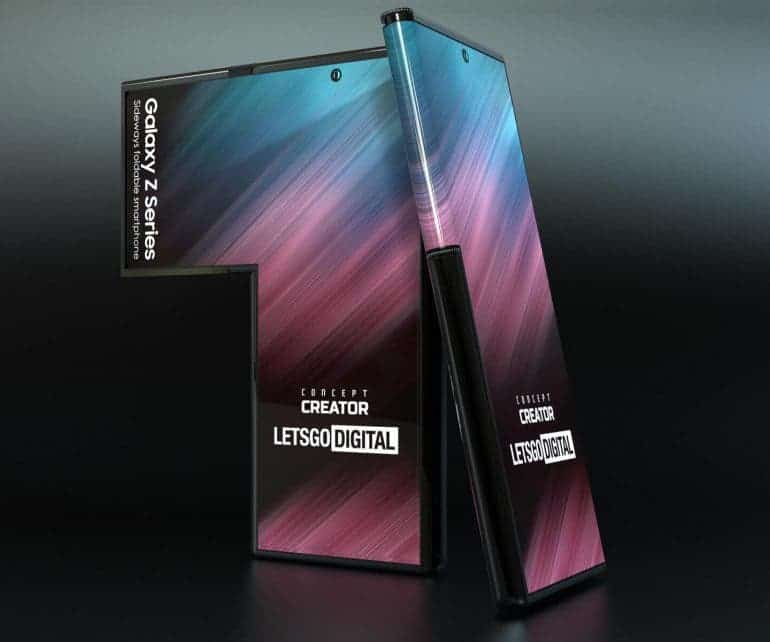 But you shouldn’t think of it as a traditional dual-display phone. This advanced Samsung smartphone has a flexible screen. When unfolded, the device has a P-shape in the mirror image.

To make this possible, the company will have to build an ingenious hinge into the side of the frame. The patent documentation also states that the screen is provided with UTG (Ultra-Thin Glass). It debuted with the current Galaxy Z series of smartphones. 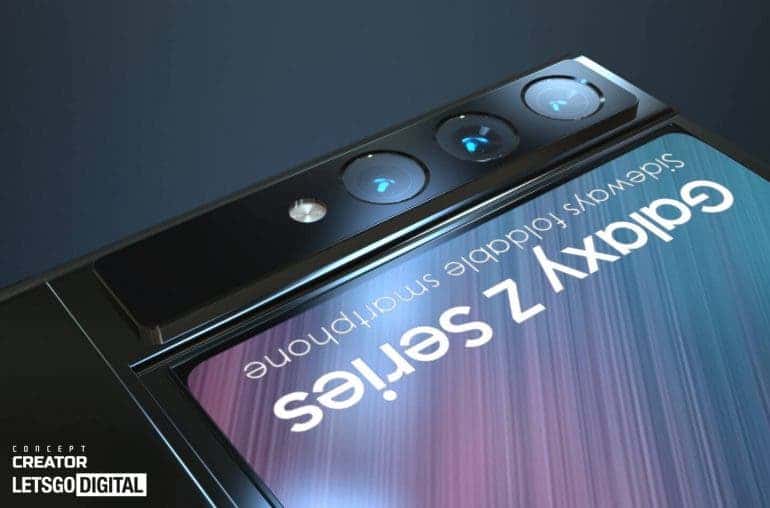 Three magnets prevent the flip display from suddenly breaking loose from the back. Very handy, otherwise, a damage could occur when you carry the device with you and accidentally fold it out.

By fully unfolding the phone screen, the picture-in-picture is automatically shown on the extra screen part, so that you can continue to see both photos in full. This functionality can also come in handy while making a video call. 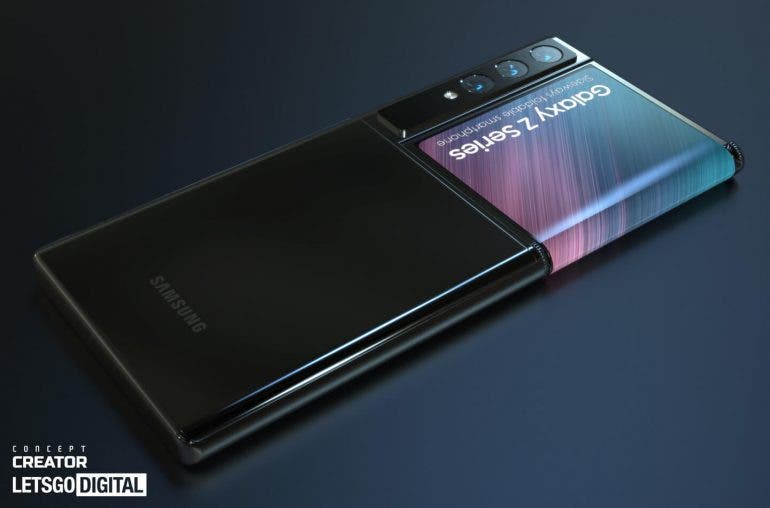 A vertical camera system is right next to the display. It includes three camera lenses and a flash. The patented Samsung Galaxy folding screen phone also has a front camera. The patent images and the product renders show a centrally placed punch-hole selfie camera. 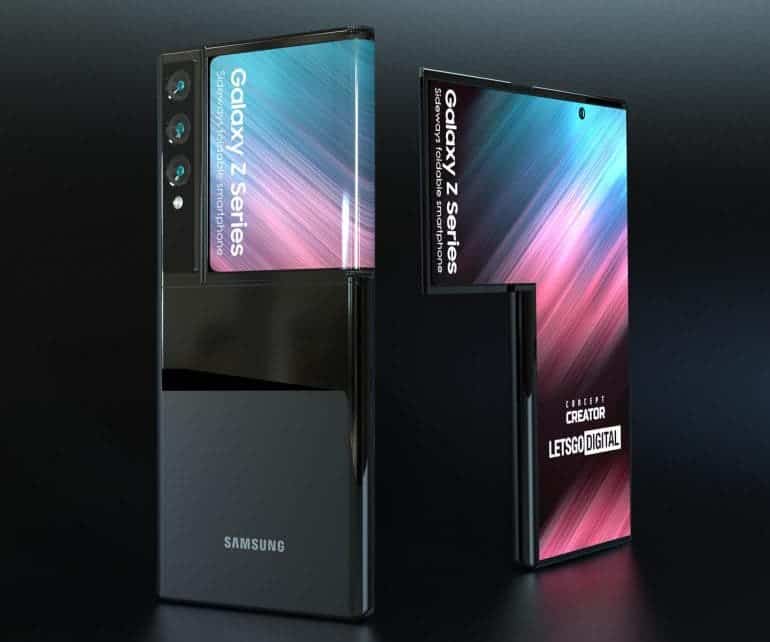 Lastly, this Samsung Galaxy folding screen smartphone will come with two batteries. However, it’s not new – the Z Flip and Z Fold smartphones use the same approach.