Xiaomi is the latest smartphone manufacturer in the industry to release a foldable smartphone. It joins the likes of Samsung and Huawei which already have different generations of foldable devices. According to reports, the foldable smartphone market will increase rapidly. Also, the demand for polyimide film (CPI) will significantly increase. Insiders report reveal that Xiaomi hopes to sell no less than 500,000 Xiaomi Mi MIX Fold in 2021. 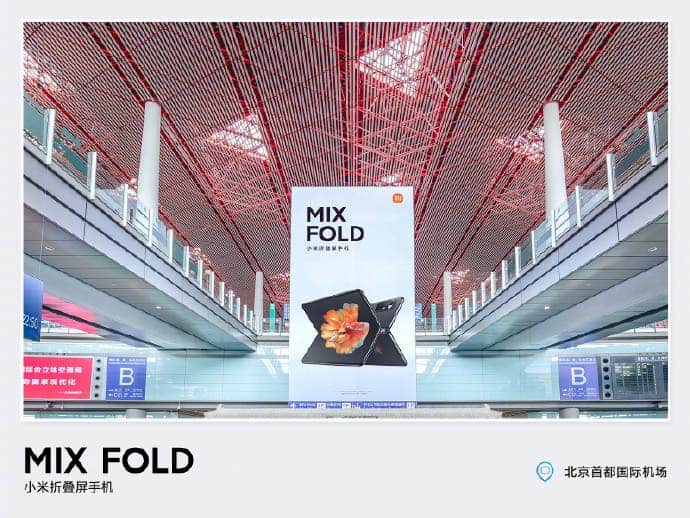 According to the quarterly report on brand shipment analysis of the global smartphone market by Luotu Technology, in the first quarter of 2021, Xiaomi set the best record in a single season with 49 million units shipped. The company records the highest growth rate with more than 60%. This makes Xiaomi the fastest growing brand in the world. In China, the company also gained a 16% market share with a growth rate of over 70%.

Luotu Technology further claims that the global shipments of foldable smartphones will double to 4.5 million units in 2021.

The colourless and transparent polyimide film (CPI) on the Xiaomi Mi MIX Fold is from Cologne Industries. Internal reports from the company give an idea of the number of MIX Fold’s that Xiaomi hopes to sell this year. Xiaomi hopes to sell over 500,000 units this year. Cologne claims that its CPI film solution currently has a market share of 90% in China. This technology is basically found in smartphones, notebooks, and other foldable display devices. The company’s goal is to hit an annual average annual growth rate of 60% in the global foldable display market. Considering that the Chinese foldable smartphone market is the largest in the world, it has a good chance of meeting its target.

Presently, there are two major technologies that are used to protect the foldable display surface. We have the colorless and transparent polyimide film (CPI), as well as the ultra-thin film, strengthened glass (UTG). The latter is what we have on many Samsung foldable smartphones.

Cologne Industries mass-produced CPI film for the first time in 2019. At first, foldable smartphones were the target application, but then Samsung Electronics changed its direction and switched to UTG glass. As a result, Cologne had to shift its business to the field of medium and large-size products. These include notebooks, rollable displays, and even home appliances.

Prior to this, Cologne had already supplied CPI film to the first foldable notebook computer released by Lenovo. This device is the 13.3″ Lenovo Think Pad X1 Fold.