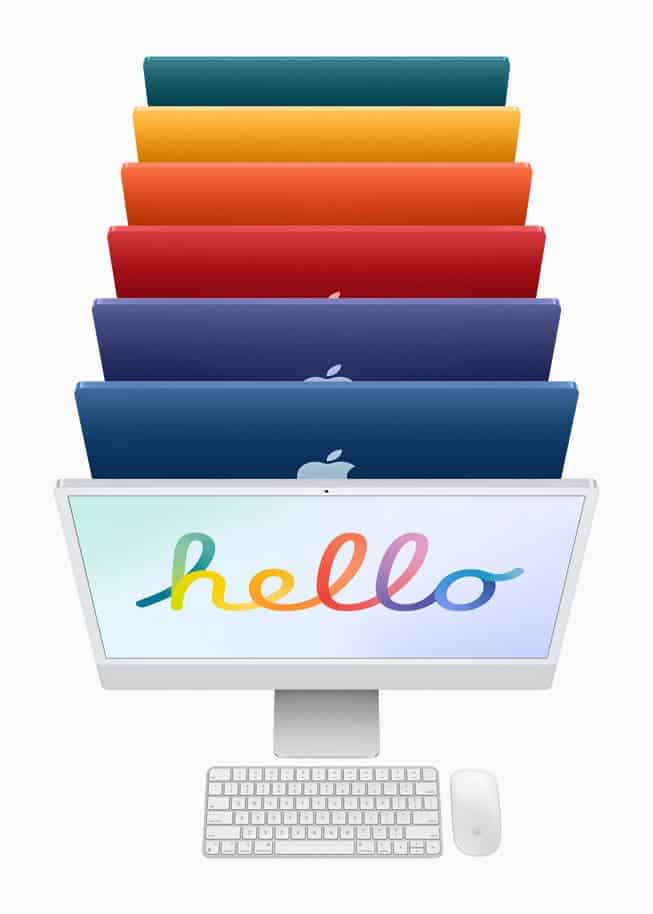 According to speculations, in the first quarter of this year, Apple will surpass Hewlett-Packard to become the latest PC all-in-one sales champion. In addition, due to the global chip shortage, various manufacturers have encountered different levels of production reduction. However, all of these does not really affect Apple. At present, all configurations and colours of iMac computers are in an optional state. This will further expand Apple’s advantages in the market.

Analysts think that this new iMac from Apple will take advantage of the chip shortage situation. This is actually the basis of the prediction that Apple will overtake HP. Presently, chip suppliers prioritize their shipments to support more premium products in the AIO market. This means that there will be not enough chips for the lower end products.

The sources pointed out that high-end AIO PCs such as the ‌iMac‌ are only seeing limited impact from component shortages, but entry-level to mid-range products priced between NT$15,000 (US$536.51) and NT$30,000 have been hit much harder. Several ODMs have already halted their production for many AIO PCs because of component shortage, but ‌iMac‌ production remains unaffected, the sources said.

The new iMac has three versions which sells for $1,299, $1,499, and $1,699. All the three options comes with multiple colour options as well as Apple silicon M1 processors. They also come with 8GB of RAM, solid-state storage, and two Thunderbolt/USB 4 ports. The pre-orders of the iMacs has since commenced and the official shipment will start on May 21st.

Looking at the fourth quarter shipment for AIO PC brand, Apple is not very far behind HP. Do you think analysts are correct about their latest predictions? Let us know your thoughts in the comment section below.