Apple has tens of millions of App Store users globally. Thus, if there were to be an issue with the Apple App Store even for a minute, a good number of people will capture the event. A few hours ago, Apple held its first new product conference for this year. The company released a couple of devices that are now on the App Store. Today, there were hundreds of reports out of China claiming that the App Store in the region is not accessible. According to the Weibo reports, after trying several times, there is no access to the Apple App Store in China. 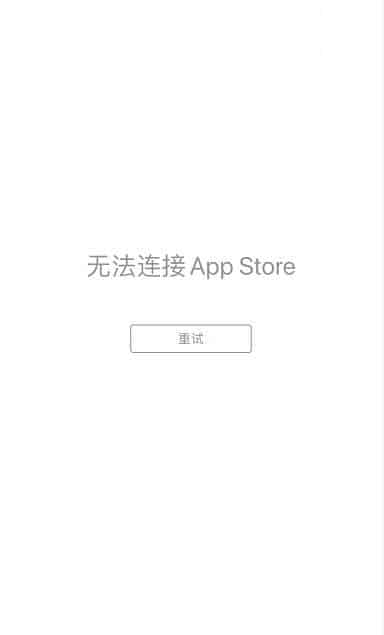 At a point like this where there are uncertainties from various governments, users did not know what to think. Some netizens even thought that their mobile phone was stuck and had to restart and restore the network settings. Well, even the restart of the smartphone did not solve the problem.

Some users were already contemplating doing a full factory reset but this is not an option. Your phone is fine, we now have an official response from Apple. Apparently, the issue is from the company’s side.

There have been massive reports from iPhone users claiming that the Apple App Store can not open. The users claim that after entering the App Store, the loading interface will always appear, and then the page prompts “Unable to connect to the App Store”. This situation of the “App Store” quickly rushed to the hot search, causing heated discussions among netizens. Thankfully, users do not have to speculate anymore what the issue could possibly be. There is now an official response from Apple.

According to Sina Technology, Apple’s customer service responded that it was due to system maintenance. The report claims that the maintenance did not just affect the App Store, it also affects all Apple’s own software. Apple claims that at present, engineers are expediting maintenance processing. At the time of the report, the company claims that normal service will return in more than ten minutes.

Truthfully, after ten minutes, the Apple App Store, weather, music, etc. have all returned to normal. Regarding the crash, some netizens said, “I thought it was a problem with my mobile phone”. Did you encounter the Apple App Store crash today? Let us know in the comment section below.