Earlier today, Facebook’s parent company Meta (formerly known as Facebook Inc.) has made an interesting announcement for Oculus Quest 2 and iOS users. According to the company, the VR headset will get an update in the next month that will allow fitness data captured during VR workouts to be integrated with the Apple Health Application.

For now, when people exercise with interactive games available on Oculus Quest 2, the data can only be viewed on the Oculus Mobile App. Currently, there are games that offer this such as Liteboxer, Beat Saber, and Dance Central. You can read some statistics in the company’s official application. However, it’s not really useful for those who want to track their fitness metrics. And isn’t especially useful for those who are into the iOS ecosystem and applications. 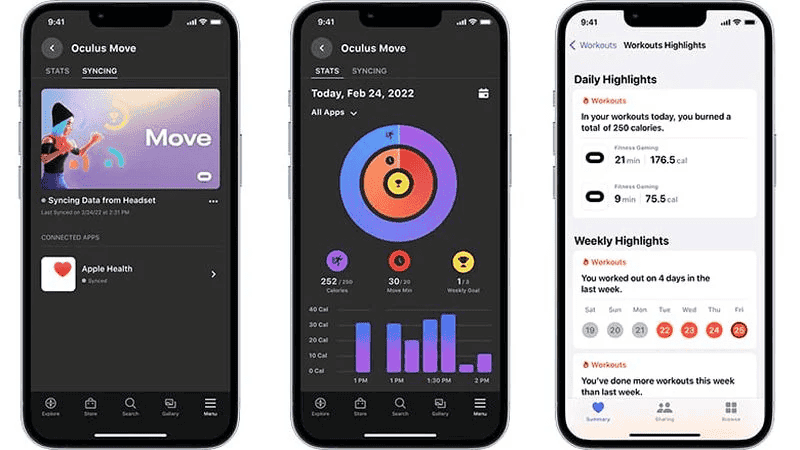 Now, we’re about to see the Oculus Quest 2 fitness data on the Apple Health App. All iOS devices that support this app will allow users to track minutes spent working out. They will even be able to calculate the number of calories burned while wearing the VR headset.

“If you have an iOS device, you’ll be able to choose to sync your Oculus Quest 2 fitness progress with the Apple Health app. You’ll be able to automatically track your VR workouts on your iPhone, iPad, or Apple Watch without having to manually input information about your exercise. As a result, all your exercise stats, including your activities both in and out of VR, will be up in one place.”

Worth noting that the syncing is something optional. However, choosing to connect to the Oculus Mobile App will see Move stats stored on Meta’s servers. According to Meta, Oculus Move stats won’t “inform the ads you see on any Meta Services”. 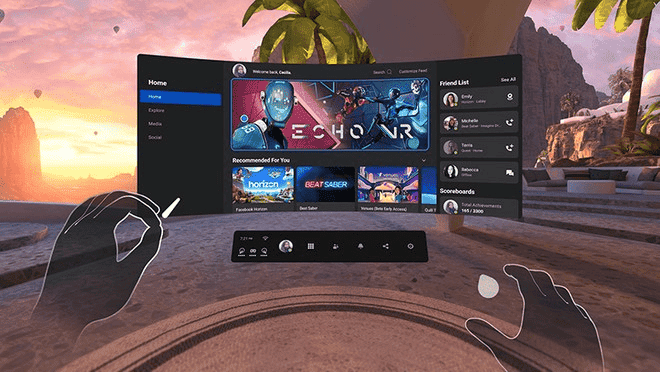 That certainly is well new in a period flooded with bad news and fear. Meta is collecting good results from the investments made into virtual reality. It’s interesting to see that the company is trying to strengthen its bonds with Apple. After all, the Cupertino company will soon unleash its own take on virtual reality and AR. According to the rumors, this product could be Apple’s big focus in the next few years. Coincidence or not, Meta also wants to create a Metaverse that strongly relies on virtual reality. Meanwhile, there are some conflicts between these two companies when it comes to ads income. We assume that Meta is just trying to make its Oculus Quest 2 more “interesting” for heavy Health App users.