According to media reports, in January this year, Tesla sold 37,162 vehicles in the United States (up 49% year-on-year). This accounts for nearly three-quarters of the US electric vehicle market. At the beginning of 2022, although the sales of pure electric vehicles in the United States have increased significantly compared with the same period, most of the market share is still occupied by Tesla. 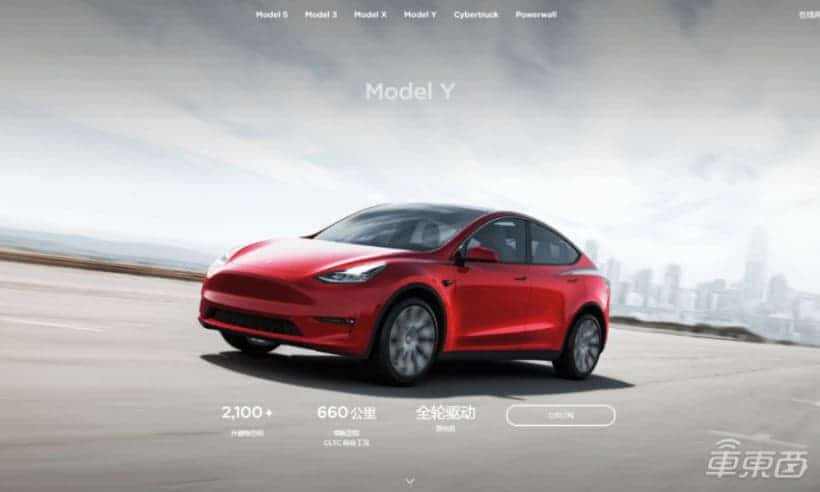 Experian, analyzing sales reports from vehicle registration data claims that 50,384 electric vehicles were applied for registration in the United States in January. This is a 62 percent increase over the same period last year. The share of pure electric vehicles in the US auto market also increases to 4.3% in January. Relative to the same period of last year (2.3%), this is an increase of nearly 87%.

Elon Musk said at last year’s financial meeting that sales in 2022 will easily exceed 50% of sales in 2021. Based on last year’s total sales of 936,000, Tesla will strive to deliver 1.4 million vehicles this year. There are many other pure electric car brands in the U.S., why is Tesla still dominating the market? Let us take a look at three possible reasons why Tesla remains on top of the U.S. pure electric car market.

1. Tesla’s share hits 74%: well over half of the market – Face of electric cars?

As the all-electric vehicle market expands and grows, one thing remains unchanged in the U.S.: Tesla’s dominance in sales. The sales report shows that 37,162 Tesla electric vehicles were registered in January (up 49% year-on-year), which is almost 74% of the entire battery-electric vehicle segment in the U.S. This is far ahead of other premium brands such as BMW with 30,563. The number of registrations ranks second, with a year-on-year increase of 8.2%. Obviously, nearly 74% market share is a very high share, and Tesla’s year-over-year sales growth rate is only slightly lower than the growth rate of the entire pure electric vehicle segment in the United States (49% vs. 62%).

One reason for this is that Tesla has projected itself as the “face of electric cars” in the U.S. In fact, if you need an electric car in the U.S., the first brand that comes to your mind is Tesla. This is because the company has publicly shown that it is very much interested in this market. Its innovations, software upgrades, and even OTA upgrades for cars attract even more buyers. While other brands have a name for traditional cars, Tesla has a name for electric cars.

Tesla is the most searched car brand worldwide. It is not a surprise that this car is in the number one position because it is all about innovation. It comes up with some new stuff that people love to know about like the FSD (Full Self Driving) feature. As the world’s first manufacturer of electric cars, the attention to Tesla soared. For the first time, Tesla came up with electric cars that users actually want. We can safely call Tesla the face of the electric car industry. The company currently has over 11 million searches globally.

Aside from the U.S., other regions where Tesla electric cars are sold confirm the authenticity of these cars. The global confirmation of the authenticity of Tesla electric cars technically and indirectly influences the U.S. market. Three of Tesla’s models have been the first in the world. In fact, the sales volume of Model Y is the first in the world this month.

The fact that three Tesla models are the top three electric cars in the world is a reason why Americans will take the brand seriously. While it’s no surprise that Tesla Model Y and Tesla Model 3 sales are high, it’s interesting that the Tesla Model S is also ahead of other brands of pure electric vehicles, including the Ford Mustang Mach-E. It is understood that the sales of Tesla Model Y in January also ranked first in the world.

Take it or leave it, the personality of Tesla’s CEO, Elon Musk, draws a lot of attention to the company. Elon Musk is not only the richest man in the world, he is loud, gets involved in all issues of interest (even when it involves cars), and seeks a lot of public attention. It is way easier to get the attention of Elon Musk than that of the CEO of BMW or Nissan.

Thus, people are generally inclined to buy products that they know will create a frenzy when anything goes wrong. For instance, if a Tesla malfunctions, all you need is a Twitter post mentioning Elon Musk. You will be amazed at how far that single Twitter post will go. Thus, the company appears to be more accessible than others. However, this is not always the case because Tesla’s after-sales and maintenance services are not soo great. This is because the company does everything itself and you will have to wait until Tesla’s technicians are available for any fix.

Looking at the expansion plans of the company, it will probably continue to grow. In the fourth quarter of 2021, the company still delivered 308,600 vehicles. This is a year-on-year increase of about 70%. After examining the industry chain and Tesla’s long-term bull market, stock analysts judged that Tesla’s first-quarter deliveries this year will be much stronger than last year’s fourth-quarter with the highest sales volume, and the stock price is expected to grow to $1,500 (approximately 9541 RMB). Therefore, the company’s sales in the United States may continue to grow.

Previous TrackMan technology for the 2022 baseball season - What changes will it bring?