Realme is on an odyssey to build up the hype for the upcoming Realme GT Neo3. The new smartphone will reach the market in March 2022 and will bring significant advancements for the lineup of Realme GT Neo. The company started this cost-effective flagship series with the original Realme GT Neo almost one year ago. The things were improved with the Realme GT Neo2, and now the Realme GT Neo 3 will take the lineup to higher heights. The phone will pack the excellent flagship-levered MediaTek Dimensity 8100 SoC. More than that, it will come with 150W UltraDART charging. Now, Realme has confirmed the phone comes with a 120 Hz refresh rate screen with an astonishing 1000 Hz touch sampling rate. 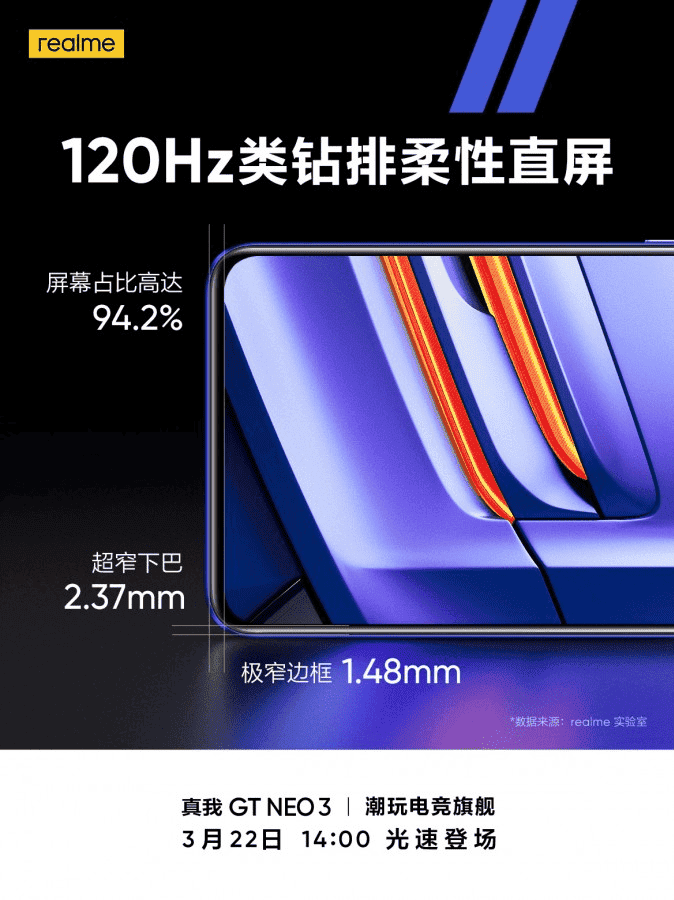 Yesterday, Realme teased the phone’s independent chip that will serve to boost frame rates on games. One day before, it has confirmed the 150W fast-charging capabilities. Now, the company is here to disclose details about the display. That’s not a secret to see Realme, once again, saying how interesting this phone will be for gaming sessions. The handset will have a 1,000 Hz touch sampling rate which is hard to beat in its price range. Not even flagships have been offering this impressive input. 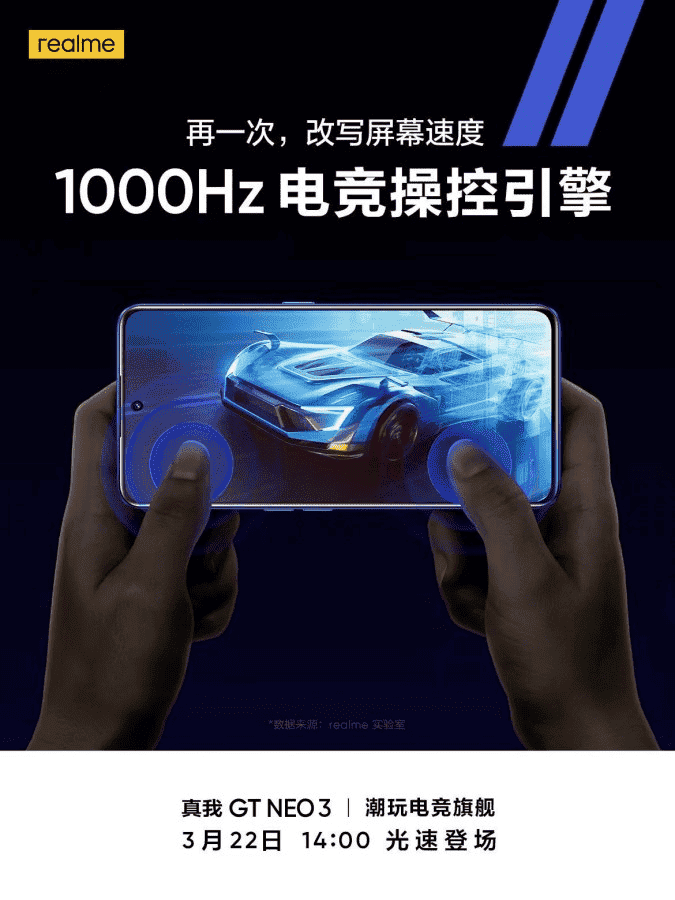 The Realme GT Neo 3 will be used on the Honor of King’s championship, so it’s not a surprise to see the company investing high in the game department. The MediaTek Dimensity 8100 aided by the “FPS Boost chip” achieved impressive and stable 90 frames per second on a heavy game such as Genshin Impact.

The device already passed through TENAA certification. For that reason, we know it has a 6.7-inch Full HD+ AMOLED display with a fingerprint reader underneath. Moreover, it will be the company’s first device with a centered punch-hole cutout. Realme has previously confirmed a vapor cooling chamber, LPDDR5 RAM, and UFS 3.1 storage onboard. We assume it will have up to 12 GB of RAM and 256 GB of Internal Storage. The phone’s dual-cell battery charges from flat to 50 percent in just five minutes. The variant with 150W charging is said to have a 4,500 mAh capacity. However, rumors suggest a variant with a 5,000 mAh battery and 80 W charging. We don’t know if that will happen, as there is no concrete evidence. 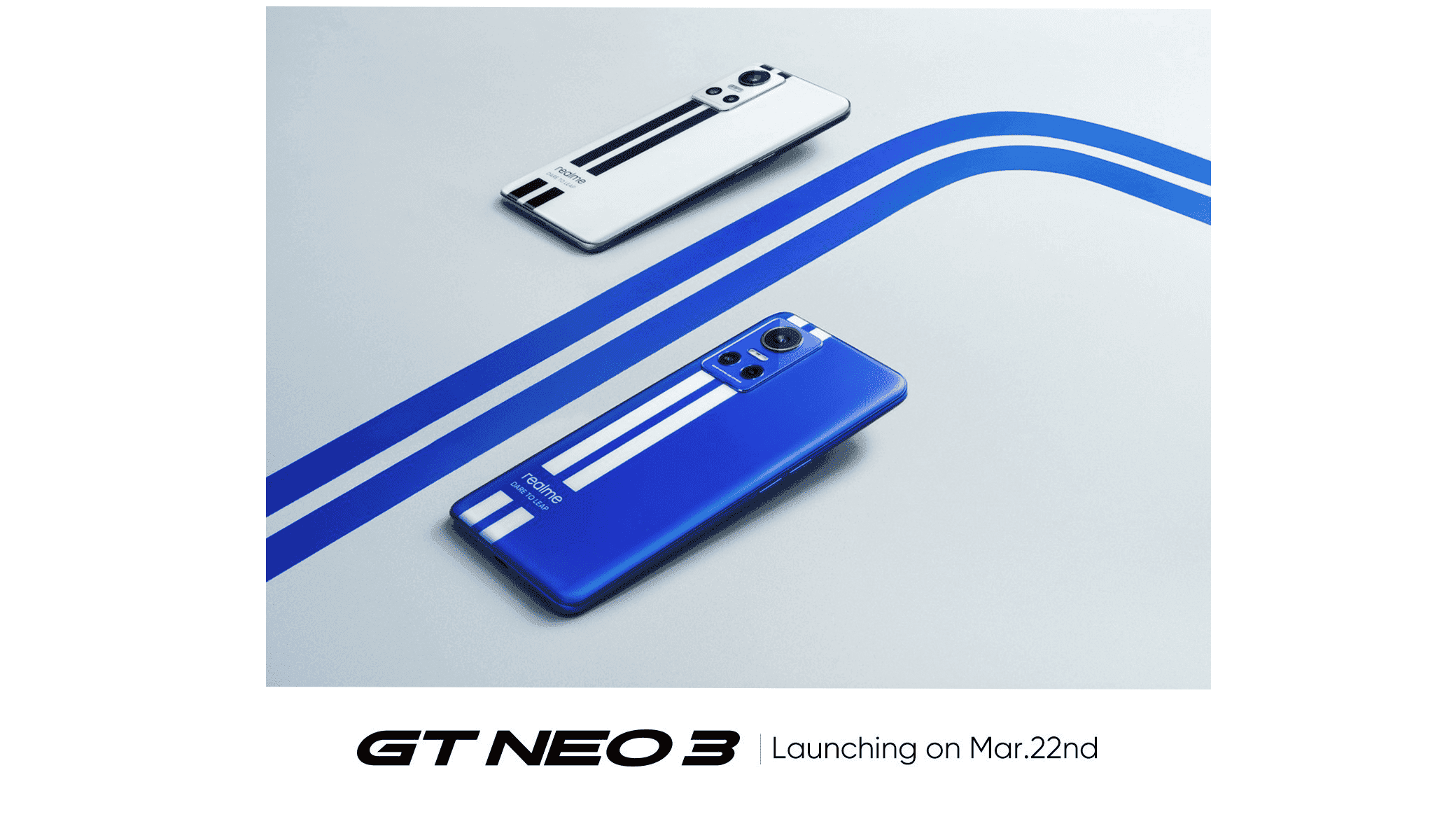 One interesting, yet curious fact, is that the rumored OnePlus Nord 3 has basically the same specifications as the Realme GT Neo 3. The OnePlus certainly will have a OnePlus logo but may be relatively similar to the GT Neo3. Apart from that, the major difference will probably be OxygenOS. We are curious to see whether Realme is bringing the Realme GT Neo3 to global markets or will let OnePlus sell this hardware in the OnePlus Nord 3. Anyway, current rumors say that the Realme GT Neo3 won’t reach global markets until the second half of 2022.

The device will hit China later this week, and will certainly put a threat on the Redmi K50 series.

Previous Telegram is about to be blocked in Brazil, government will fine VPN users in $20,000

Next Google Faces Flak For Spreading Threats Against Russians On YouTube