Realme introduced its GT flagship series last year with the original Realme GT 5G. Shortly after the release of the flagship, the company introduced the “Neo” a cost-effective variant with a sort of flagship pedigree. The lineup has evolved quite a lot since the first smartphone. The original had a MediaTek Dimensity 1200, then the second iteration brought the Snapdragon 870. Now, Realme is returning to MediaTek with the fresh MediaTek Dimensity 8100. This chipset is a cost-effective SoC that offers the same level of performance as the Snapdragon 888 from Qualcomm. In fact, some new reports suggest it can even outperform the last year’s flagship SoC. The new chipset will be present on the Realme GT Neo3 and the company keeps trying to build the hype for the handset. 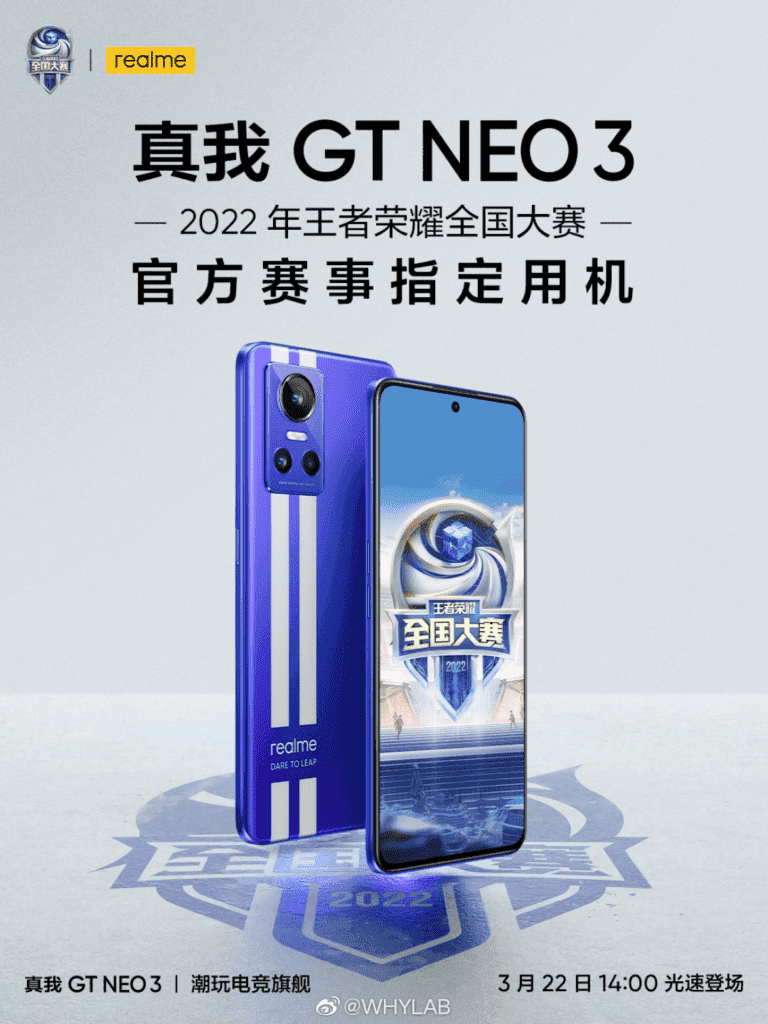 The Realme GT Neo3 will be one of the first smartphones coming with the MediaTek Dimensity 8100. However, the company wants to make clear that the device has more fancy technologies to offer. For instance, the company’s Vice President Xu Qi Chase revealed that there will be another chip inside of the handset. This particular chip will serve to aid the Dimensity 8100’s Mali-G610 MC6 GPU. It will ensure a stable frame rate and in certain circumstances, it will lower power consumption. The way it works is similar to MEMC – Motion Estimation, Motion Compensation. That’s a feature that takes in low frame footage and outputs a high frame rate version. It’s usually available on some smart TVs. Interestingly, iQOO brought a similar technology with the iQOO 8 series. That’s not a mere coincidence to see Realme bringing a similar approach, after all, both companies are part of the same BBK Electronics group. 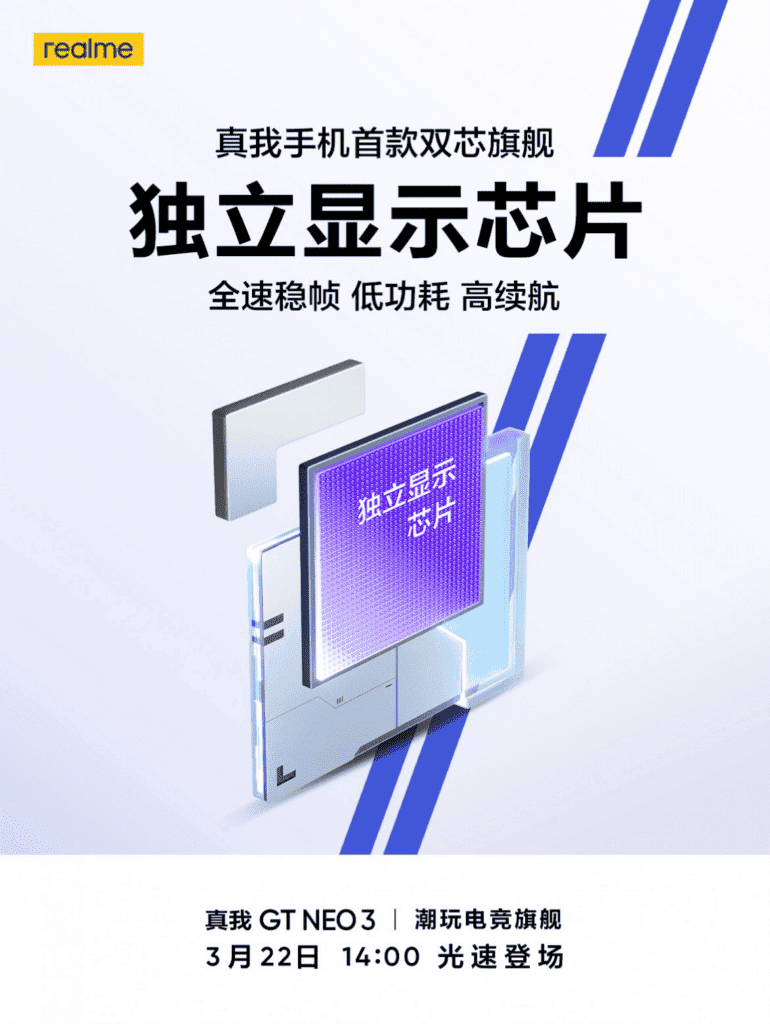 The chip can do motion interpolation up to 120 frames per second to make the best use of the phone’s high refresh rate display. It will help to smooth out heavier games as well. Below, we can see a video showing the Realme GT Neo3 and the graphics chip doing their “job”.

Mobile Gaming enthusiasts are pretty aware of how demanding Genshin Impact can be. Therefore, the company used it to tease Realme GT Neo3’s hardware capabilities. The upper part of the frame shows how the game performs unassisted. The lower part shows the game with interpolation running at 90 frames per second. The video is recorded in slow motion to show the difference more clearly.

Worth noting that Realme wants to push the smartphone as a gaming beast. After all, the game will be the official smartphone for the Honor of Kings national competition. The Realme GT Neo3 will also bring a 150W charging feature. So far, we’ve been seeing the device in the Le Man’s variant. But we assume there will be more colorways with a more traditional design.

Next Galaxy Note 20 series is getting the One UI 4.1 update