Samsung has been rolling out the Android 12-based One UI 4 update since the last year for many of its smartphones. As usual, the company introduced an incremental update with the release of its Galaxy S22 series. The company launched the One UI 4.1 which brings several improvements for the camera, and also a complete overhaul for the keyboard app. Now, the Samsung Keyboard offers deep integration with the Grammarly platform. To those unaware, Grammarly provides smart corrections as well as some insights to fix your grammar, spelling and to further enhance the context of your texts. As expected, Samsung is now bringing One UI 4.1 to older flagship smartphones, and the Galaxy Note 20, and Note 20 Ultra are the latest to join the bandwagon.

Yesterday, Samsung started to roll out the update patch to the Samsung Galaxy Z Fold3 and Z Flip3. Shortly after the release, the company has announced that the update will also reach the older foldable smartphones as well as the Galaxy Note 20 series. The duo of Notes was the last released by Samsung and will remain as the last Galaxy Note’s as the Korean firm has ditched the lineup with the S22 Ultra. 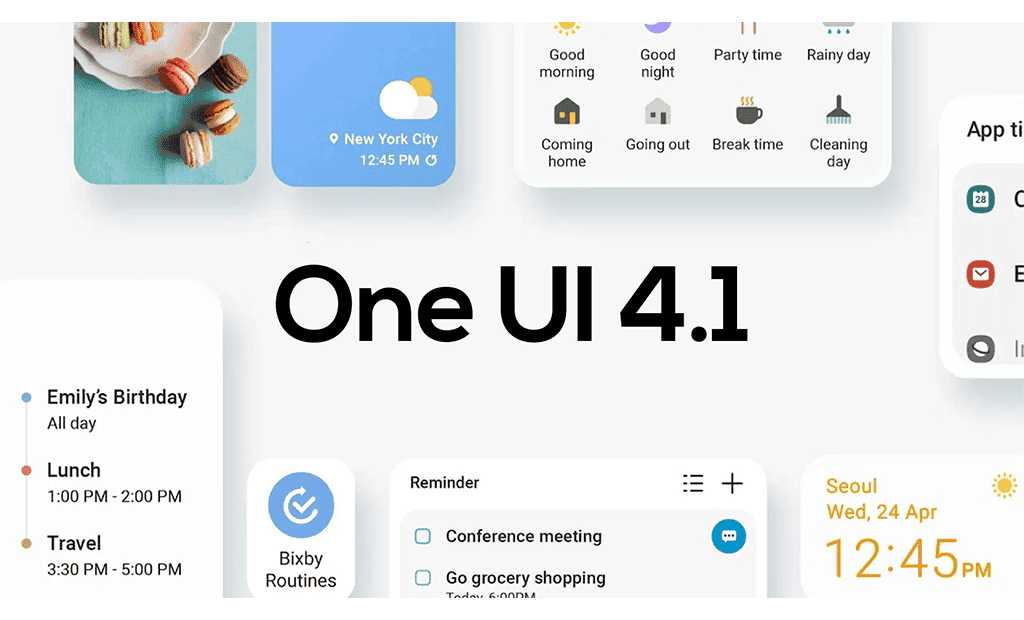 The firmware version of the update is N98xFXXU3FVC5 with the “x” being a different digit for the different versions of the Note 20 and Note 20 Ultra handsets. The update will be available in the Settings menu, under the Software Update. As aforementioned, the update is an incremental patch with improvements alongside some bug fixes and security enhancements. The update now brings a Smart Calendar that reads dates from all messaging apps and allows for an easier input in the actual Calendar application.

Samsung Pay is also being improved on the Galaxy Note 20 series with this update. The Korean firm seems to be following the trend established with iOS 15. The platform now allows users to store their drivers’ licenses, boarding passes, and even card keys and movies tickets. Now, Samsung’s platform is similar and rich as Google Play and Apple Wallet. Furthermore, the update brings RAM Plus. Samsung is following the trend that started with the Chinese brands. The One UI 4.1 will allow users to select between 2 GB and 8 GB. It will take a portion of your internal storage.

Worth noting that Samsung will also provide the One UI 4.1 to a few select Galaxy smartphones. The company may soon become one of the most attractive options for those who care for Android updates. Of course, as long as they’re okay with an experience that is distinct from pure Android. The recently released Galaxy A53 and Galaxy A73 will receive as many as four updates.