SpaceX began testing the entire Starship system after stacking the Starship prototype S20 with the Super Heavy rocket booster B4 earlier this week. While the S20-B4 combination won’t take off, this is the first time SpaceX has tested a complete Starship system. The combined Starship system is about 119 meters high, making it the largest and most powerful rocket ever built. The S20 and B4 are estimated to weigh between 4,000 and 5,000 tons when assembled. The 29 Raptor V1 engines produced approximately 5,400 tons of thrust at launch, more than the previous Saturn V. 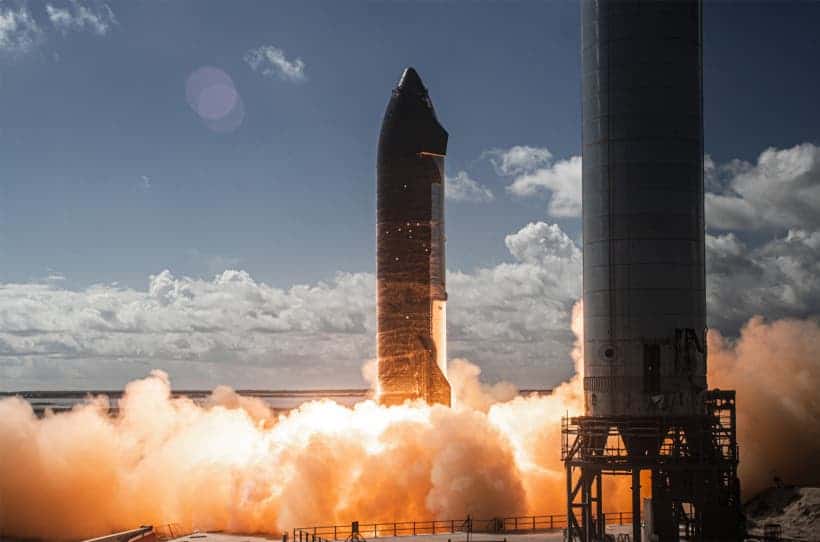 In the first test, the test team activated the QD arm (quick disconnect and propellant filling arm) to simultaneously fill S20 and B4 with ultra-low temperature liquid nitrogen and liquid nitrogen, and liquid oxygen mixture. The low-temperature liquid oxygen/liquid oxygen is necessary for the Starship system. It is an alternative to liquid methane propellant. According to estimates, the first test filled S20 with about 25 to 50 percent of cryogenic liquid. Furthermore, B4 is filled with cryogenic liquid of 10 to 20 percent of the booster’s entire reserve.

SpaceX tests are to ensure the proper functioning

In addition to verifying that the Super Heavy booster is strong enough to support a propellant-filled Starship, the purpose of the first test of the Starship system is to ensure that the propellant delivery system is functioning properly. To get the Starship system into Earth orbit, crews need to transport about 1,200 tons of propellant. This is the equivalent of the weight of an entire Falcon 9 rocket. They have to transport the 1,200 tons of propellant to a height of 85 meters.

Fueling the starship requires hundreds of meters of pipes, huge valves, and pressurized pumps that work together without leaks, blockages, or icing. Therefore, the first test was also a performance test of the launch/integration tower and storage tank of the orbital launch pad. However, the first test is only the beginning of a long process. In the next week or two, SpaceX is likely to schedule another series of tests for the entire Starship system.

The entire testing process is very complex and not one that can reach completion in a few weeks. SpaceX will also need more time to verify the workability of the system before it takes off.

Next Honor will present new smartphones on March 29