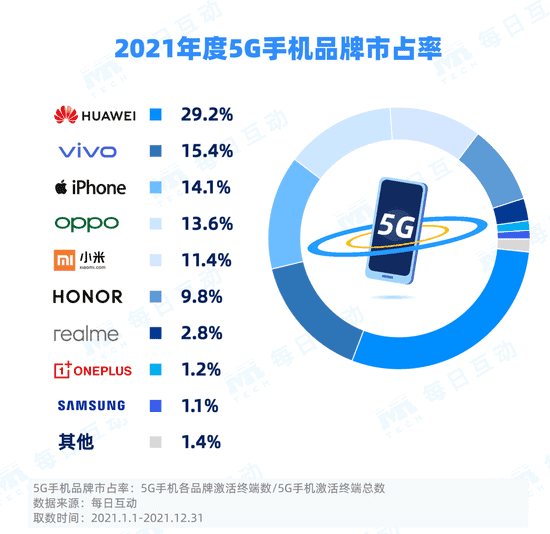 The data shows that Huawei has become the leader in the Chinese 5G smartphone market with a market share of 29.2%. Vivo ranks second with 15.4% while Apple is third as it continues to rise in popularity. These companies have market shares of 29.2%, 15.4%, and 14.1% respectively. 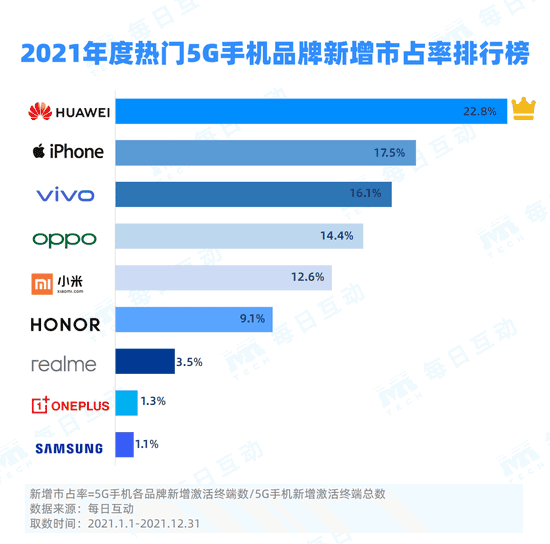 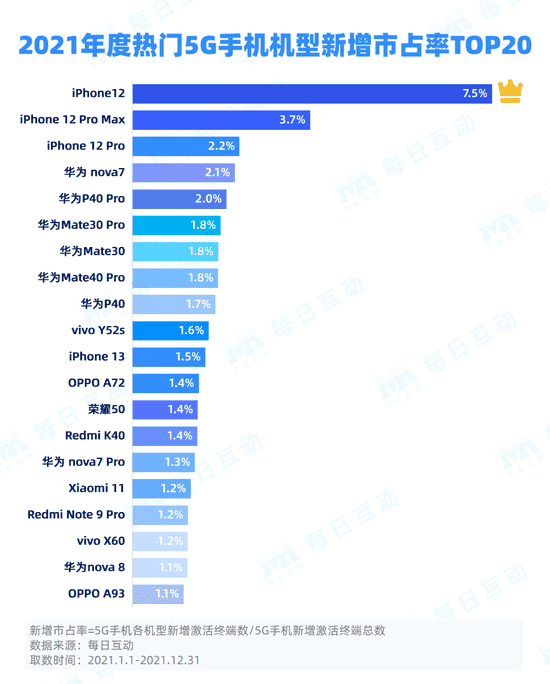 Among the TOP20 new models with a new market share in 2021, the iPhone 12 series has seized the top three. However, Huawei’s nova7 series, P40 series, and Mate30 series are all on the list.

5G expansion in China is massive

It can be seen from the report that in 2021, 5G mobile phones are already an important part of the Chinese mobile phone market. Previously, foreign research institutions have estimated that China’s 5G mobile phone penetration rate is the highest in the world. Thanks to Chinese telecom operators and OEMs manufacturer. The competition in the 5G market will be more intense in the future, and it will definitely bring more excitement to users.

This year is still the year of the popularization of 5G networks. With the scale of Chinese 5G base stations and the continuous growth of 5G smartphone terminal sales penetration, 5G package users have become more accessible.

Previous iPhone SE 3 first dismantling - a hit or a joke?