“5th generation connectivity is quickly gaining popularity as the new age of the internet rolls by. It is especially a crucial factor driving the Internet of Things and is expected to increase significantly in the coming years.” Says stockapps.com’s Edith Reads

South East Asia and Oceania will also have a high number of subscriptions at 561 million. India and Nepal are also likely to hit over 500 million subscriptions in the coming five years. 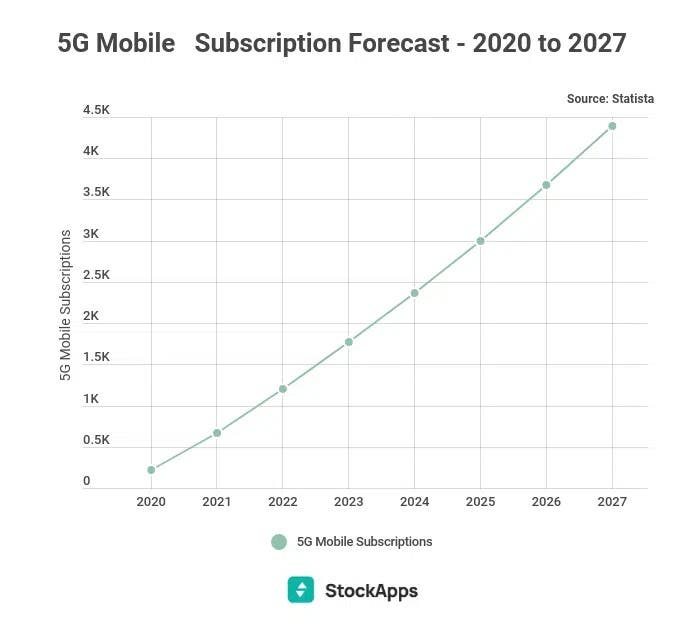 According to the findings, North East Asia will continue leading in the 5G adaptation. Since 2020, adoption in the region has been growing consistently to get to over 830 million in 2022. They expect that the region will maintain consistent growth over the years to get to 1.6 billion in 2027.

Fifth-generation connectivity is at the core of the Internet of Things (IoT). The latest version of wireless technology provides higher speeds and lower latency than its predecessors, making it one of the most robust technologies to date.

5G connectivity includes so much more than just mobile subscriptions. Data shows that by 2023, connected cars will form around 19 million endpoints, making up the most extensive base of the 5G IoT endpoints. Other significant 5G and IoT factors include surveillance cameras and fleet telematics.

5G connectivity brings about faster downloads and massive capacity, making it ideal for just about any innovation in today’s world. The new technology is especially making strides in the gaming and entertainment world, with endless possibilities in fields such as emergency response and global payments.