After a relatively weak release in terms of new features – version 99, Google wanted to mark the occasion with Chrome 100. Available now for select users, the update kicks off with a new icon on Android and iOS. The change is relatively minimal, since the latter gets rid of its shadow effects on the logo to make way for a completely “flat” visual.

A Google designer explains that he simplified the main icon […] by removing shadows, refining proportions and brightening colors, in order to align us with the more modern expression of the Google brand. Indeed, the logo has remained the same since 2014 and therefore needed a little refreshment.

Of course, this is not the only novelty of Chrome 100. On Android, the browser integrates better with the Material You user interface, as already suggested by previous information. Thus, the color of the menus will automatically adapt to the theme configured on the smartphone.

In addition, Google announced the arrival of a new API dedicated to screen sharing. Thanks to this, the devices will be able to detect the different windows open in the browser in order to let the user choose which ones to broadcast on the secondary screens. 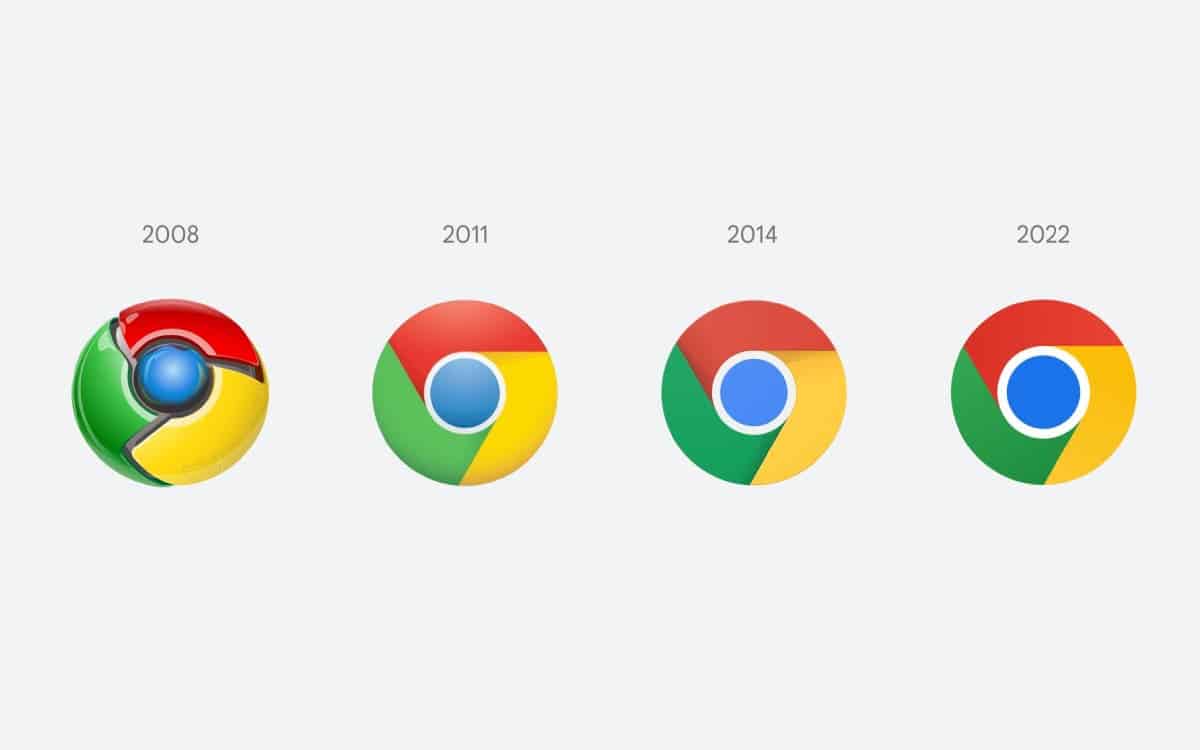 Finally, the last feature is rather a throwback, since the Lite Mode is no longer available in Chrome. The latter allowed on Android and iOS to store data while loading web pages more quickly. The servers dedicated to this feature will soon be closed permanently.

The deployment of Chrome 100 has already started but may take several weeks before reaching all users. The update is available on Windows, macOS, Android, and iOS. Google will for sure launch additional updates to this version with more features and refinements.

Google has recently released an extraordinary update to its proprietary Chrome browser for Windows, macOS and Linux.

Google notes that the Chrome update will automatically roll out to users in the coming weeks. However, you can install the update manually right away by simply going to the Chrome menu > Help > About Google Chrome.

Vulnerability CVE-2022-1096 was disclosed by an unnamed computer security specialist. It is related to the lack of type checking of objects by the Chrome V8 JavaScript engine and allows attackers to launch arbitrary code execution.

Next Messenger mimics Slack by integrating shortcuts to control messages