The developer of the indie game “Loop Hero” told players that if the game is banned from buying due to sanctions against Russia, then everyone is welcome to pirate. Four Quarters, the Russian developer behind Loop Hero, recently posted on the social media platform VK that Russian players were cut off from payment due to a series of events triggered by the Russian-Ukrainian war. This is generating a lot of questions on how they can buy Loop Hero on Switch or Steam. 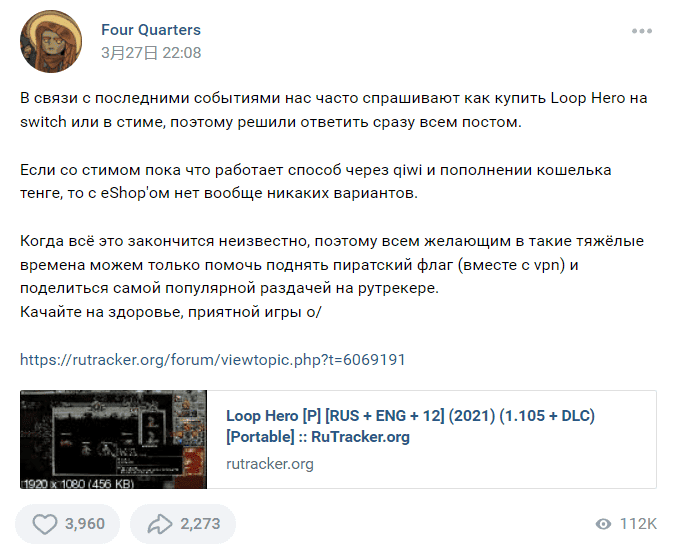 Four Quarters said, “We don’t know when all this will end. In such a difficult time, we can only help everyone raise the pirate flag and download pirated games”. The official even posted a rutracker pirated game torrent link.

After the enthusiastic response, Four Quarters released another post, expressing its gratitude to players for their support. Furthermore, the developer has also received tons of donations. Currently, Four Quarters is doing well.

“Loop Hero” is an independent game released in the first half of 2021. It has also topped the Steam sales list in the country before. The current overall evaluation is “extremely positive” and supports Chinese. In terms of gameplay, it is a rogue-like card game, where the lich has plunged the world into an endless loop, and everyone has suffered from the destruction of endless chaos. Players control an ever-expanding stack of mysterious cards, setting enemies, buildings, and terrain for each unique adventure cycle of the heroics.

Steam recently stopped paying developers and publishers in Russia, Belarus, and Ukraine. To this end, Valve has sent a message to some developers that the “current environment” is that they cut developer and publisher payments. 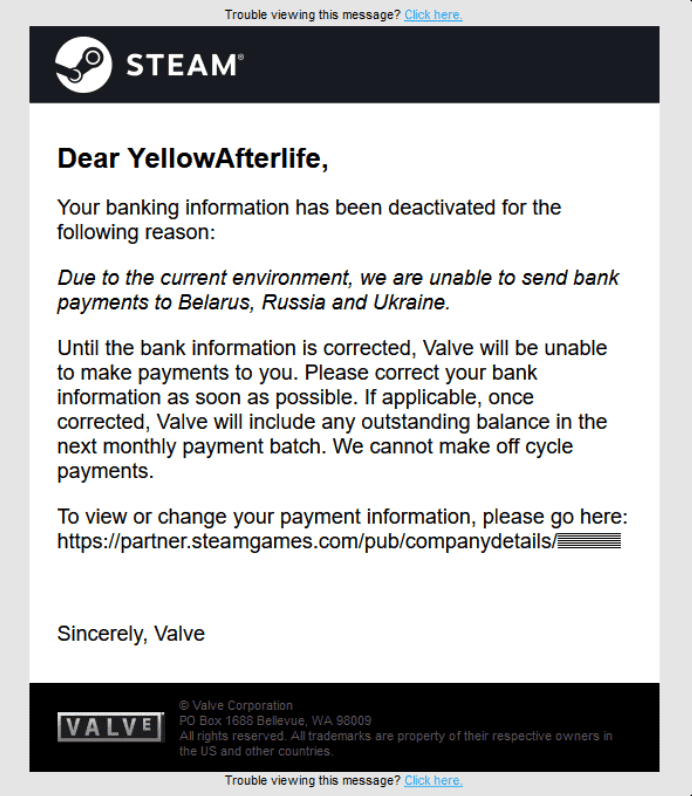 “IT company” to fight Russia

In the Russian-Ukrainian conflict, a makeshift “IT army”, part-time by Ukrainian programmers, became an important force in Ukraine’s fight against Russia. Right now, many Ukrainian programmers are splitting their time in two. They are doing their day jobs while fighting a cyberwar with Russia. More than 311,000 people have joined a group called “Ukrainian IT Army” on the social media platform Telegram to share their Russian targets. While not all of them are from Ukraine, quite a few of them are Ukrainian.

Dave is a Ukrainian software engineer. He declined to give his last name due to the sensitivity of what he said. According to him, the “Ukrainian IT army” has assisted in numerous cyber attacks outside of their daily work. This targets Russian government websites, Russian banks, and foreign exchange exchanges.

“I’m helping the IT army with DDoS attacks,” he said. DDoS refers to a distributed denial of service attack. This is a malicious attempt to disrupt the normal traffic of a website by using large amounts of internet traffic.