Dynamic System Update (DSU) is one of the lesser-known features in Android. This feature allows users to install a Generic System Image (GSI) without unlocking the bootloader or flashing system updates. This makes it easy to switch between the current system image and GSI. First introduced in Android 10, the feature is one of the easiest ways for developers to test the latest Android 13. According to information from tech expert, Mishaal Rahman, DSU will be getting improvements in Android 13.

A new commit from AOSP Gerrit suggests that Google is bringing some notable performance improvements to DSU. Installing the GSI via DSU is much faster by increasing the default shared memory. Google notes that a modest increase in memory (from 8KiB to 64KiB) will greatly speed up dynamic system installation times on both physical and virtual devices.

In addition, the progress bar has also received some new improvements. While the GSI is installing, a progress bar in the notification center will show the partition being installed. In the current Android 13 version, it displays only “Installing”. DSU will also add support for system, system_ext, and product images. These features and improvements are not yet available in the Android 13 Developer Preview. 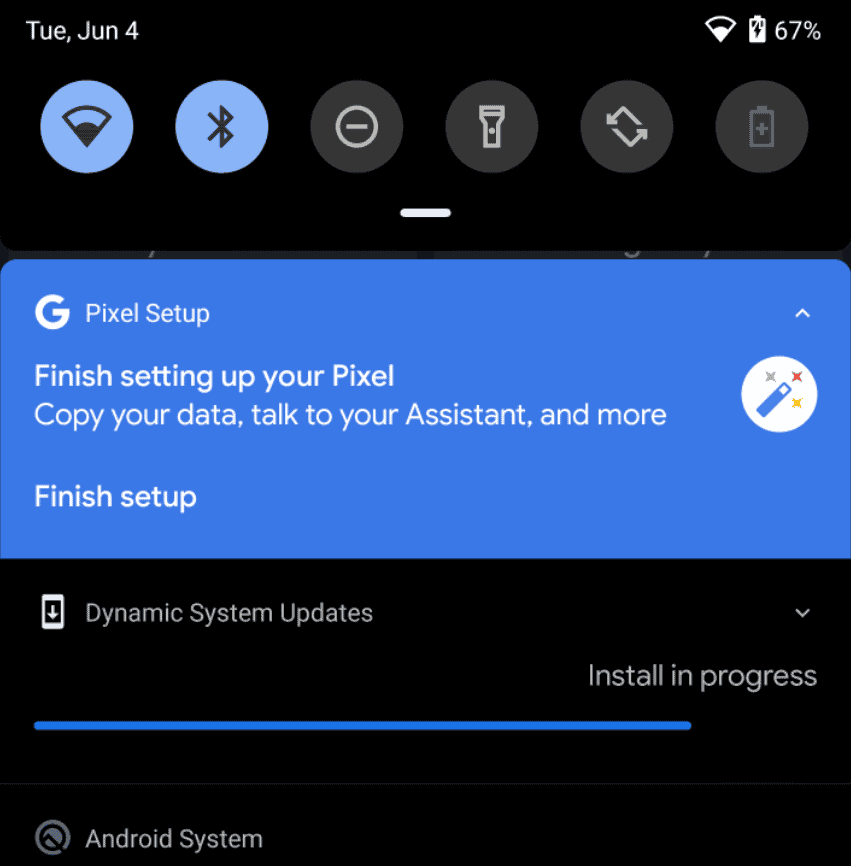 Traditional mobile phones use a physical card (SIM card) to connect to the cellular network. However, the eSIM digital card is not progressing quickly, in part because it is not seamlessly compatible with Android. According to a new report from Esper, Google may push eSIM in Android 13 to push the technology’s popularity. Esper reports that Android 13’s codebase contains a patent filed by Google in 2020 that allows the use of multiple SIM profiles on a single embedded chip.

From the patent description, it does so by splitting the single physical data bus between the modem and eSIM chip into multiple logical interfaces that then converge on a single physical interface. It sounds a bit like modern CPUs split physical CPU cores into logical CPU cores to perform more tasks simultaneously. Unlike a physical SIM card that needs to be equipped with a slot, eSIM only requires a small component on the motherboard, which leaves more room for the phone to accommodate larger batteries, camera hardware, or other components. However, not many phones have completely ditched the physical SIM card slot.

Previous Android: this Russian malware can spy on you using your microphone

Next Top 10 AnTuTu most powerful smartphones for March 2022