On Twitter, Microsoft decided to give some tips to users to clean and optimize the performance of their Windows PC. The problem is that the Community manager of the Redmond company has made a small mistake: He used the image of a person working on an iMac M1 rather than a Windows PC. Unsurprisingly, mockery quickly flooded the web and Microsoft deleted the tweet.

While Windows 11 is experiencing a slowdown in its adoption rate, Microsoft has decided this spring to give users some tips to clean up and optimize the performance of their Windows PC. Spring Cleaning? Check out these tips on how to clean and run your device safely and smoothly from Microsoft’s Carmen Zlateff” the Redmond company’s tweet read.

Until then, nothing surprising you will tell me. But, some internet users have focused their attention on the image used by Microsoft to illustrate this publication. And obviously, the author of the tweet must not have really paid attention to the image he intended to exploit. For good reason, instead of seeing a user on a Windows PC, the person in question is actually working on an Apple iMac M1, the firm’s first desktop computer powered by the Apple Silicone SoC and presented at from the April 2021 Keynote. 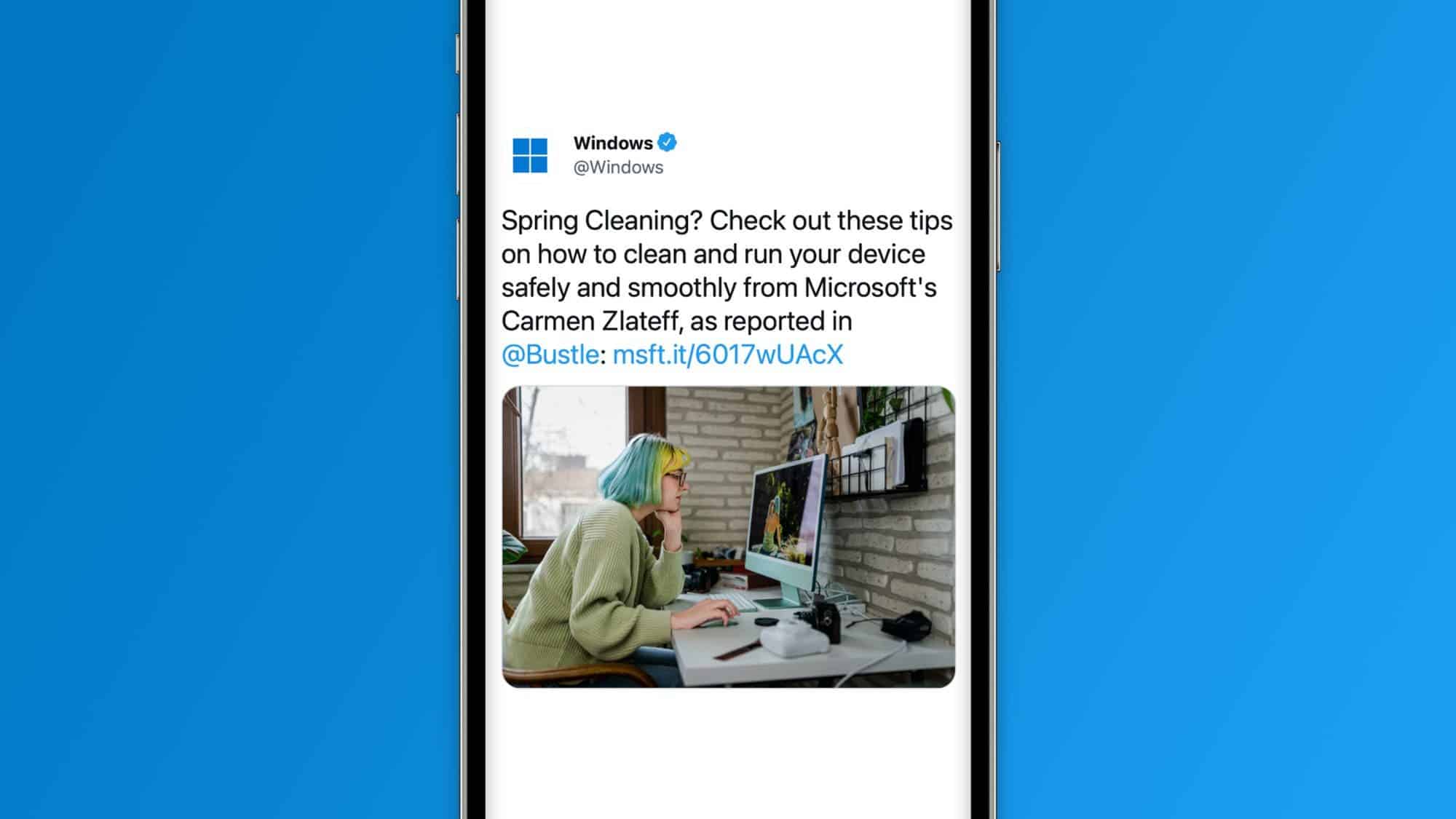 Of course, this wouldn’t be a problem depending on the Mac model, since Intel- based Macs can run Windows through Boot Camp. Only, it is indeed an iMac M1, a computer that cannot run Windows natively. Unsurprisingly, the mockery of Internet users quickly occupied the reactions to the tweet. Faced with the emerging “bad” buzz, Microsoft chose to delete the tweet a few hours after it was published.

As a reminder, this is not the first time that brands have unwittingly advertised a competing product. We remember, for example, Samsung in 2018 which had promoted the Galaxy Note 9…. from an iPhone. Indeed, we could see that the tweet in question had been sent from an iPhone. Here again, Samsung had deleted the publication after a wave of mockery on the social network.

After a flying start, the adoption rate of Windows 11 slowed down severely in February 2022. In any case, this is what the latest data from the research firm AdDupleX reveals. During the last 30 days, the market share of Microsoft’s latest OS has increased by only 0.01%.

In February 2022, Microsoft proudly announced that Windows 11 had 19.4% market share, effectively placing it as the 3rd most used Windows OS in the world. Since the end of 2021, Microsoft’s latest operating system has experienced explosive growth and moreover the Redmond firm has ensured that Windows 11 enjoys an unprecedented popularity rating.

Next Android: this Russian malware can spy on you using your microphone