Windows 11 has been released for several months now, and Microsoft continues to work on it to bring exciting changes to users. However, the next one is not likely to please everyone, since it will remove a very practical feature.

As Windows Latest indicates. It will soon no longer be possible to drag and drop applications and change their place on the taskbar.

Microsoft recently started testing a new way to manage the taskbar on tablets. On a touchscreen device, it can be reduced to a minimum in order to gain on the display and extended as needed. In build 22572, this new feature is present, but the downside is that it is no longer possible to easily rearrange the hidden icons.

We are talking here about the hidden menu on the right of the taskbar. It allows you to see the applications running in the background and if it is possible to reorganize the icons via the mouse today, this will soon no longer be the case, even in desktop mode. This is a deliberate choice by Microsoft to promote optimization. It will still be possible to modify this menu through the parameters, but more directly through the window.

Windows 11 removes a handy feature from the taskbar

On the other hand, Microsoft plans to include the classic drag and drop in the taskbar in a future update. A feature that has been present for a long time on Windows, but curiously absent on this new iteration.

Not all of these features will be coming to your PCs right away. As Windows Latest notes, they should land in version 22H2, the big October update. As a reminder, Microsoft deploys an important update per year which brings its share of changes, in addition to the patches throughout the year. 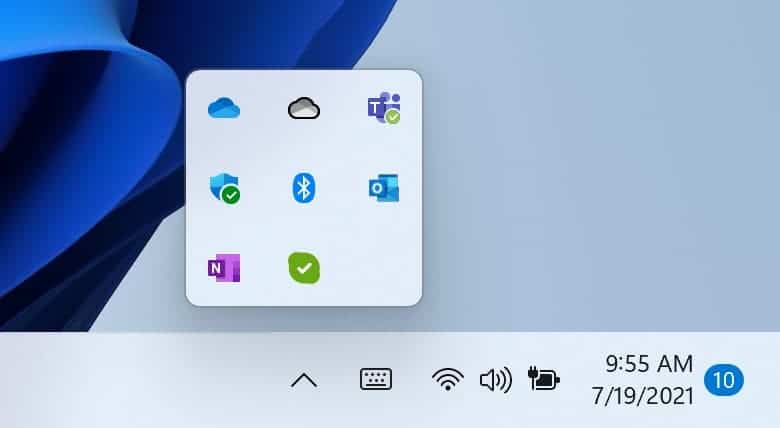 Microsoft has announced an event that will focus on new features for hybrid work, security, and Windows 11 experience management. You can follow the presentation on the official page of the event, which will begin on April 5.

Last year, Microsoft not only announced a new generation of its operating system; but also launched Windows 11 to the masses. After that, the software giant continued to develop its software platform; and now it’s time for users to find out what awaits them in the future in Windows 11. Panos Panay, director of Microsoft products, will talk about this during the presentation. It is expected to announce new security, performance and OS interaction features for users on local computers and in the cloud.