While users of the popular WhatsApp messenger can send each other files no larger than 100 MB, the situation may soon change for the better. Some participants in the beta testing program were able to share incomparably larger amounts of content on Android and iOS.

According to the WABetaInfo portal, which regularly provides information about the latest test features of the messenger, WhatsApp beta testers in Argentina can already exchange files with a capacity of up to 2 GB. We are talking about versions 2.22.8.5, 2.22.8.6 and 2.22.8.7 on Android and version 22.7.0.76 on iOS. Since we are only talking about a test so far, it is possible that; according to the test results, a wide range of users will not get access to the function.

If WhatsApp still decides to release versions for a wide range of users, the function may turn out to be quite in demand – as the resolution of smartphone camera sensors increases, the “weight” of files also grows, making them inconvenient for sending through the usual channels. With the new version of WhatsApp, users will not be dependent on other transfer methods.

However, we do not know whether they will be able to share images in their original resolution – now the messenger compresses media files sometimes to completely unacceptable quality, forcing users to resort to various tricks to save file sizes, for example, sending photos as documents.

The creators of WhatsApp regularly add functionality to their messenger. So, quite recently, it became possible to link a messenger account simultaneously to four devices in addition to the main smartphone. 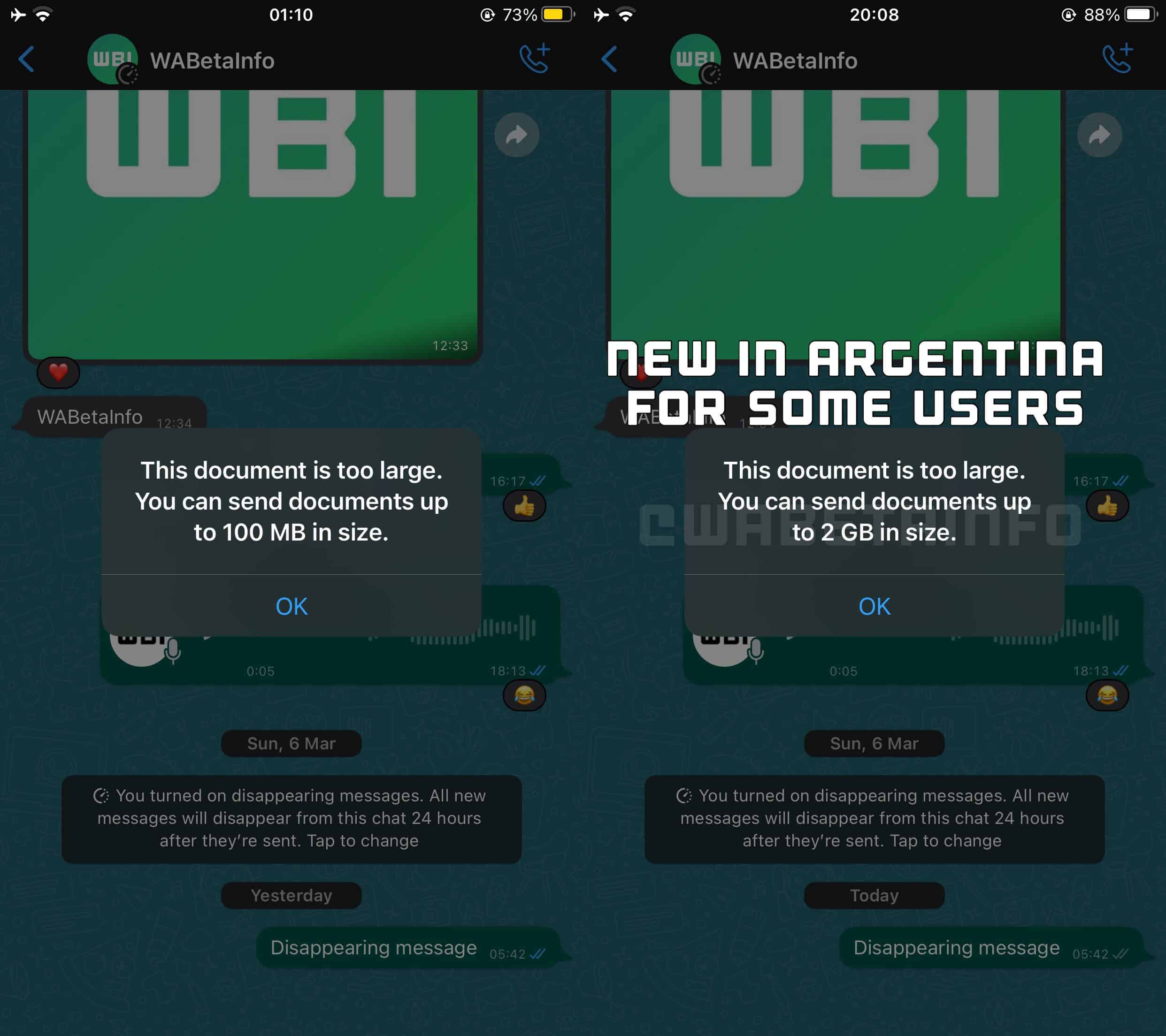 After months of testing, message reactions have recently become available to a limited number of users in WhatsApp version 2.22.8.3. The application thus gives the possibility of assigning emojis to a message from five choices: like, heart, laughter, surprise, sadness. It is yet to be determined if these reactions are reserved for group discussions or not.

We know for several months that WhatsApp plans to integrate reactions into messages. In version 2.22.8.3 of the application, this functionality is now available for a limited number of users.

For now, several gray areas remain around the feature. First, we do not know when all users will have access to it. Moreover, it is still unclear if this feature will be available only for group chats, individual ones; or if it will be available for both at the same time.

Next Windows 11 removes a handy feature from the taskbar