When Facebook acquired WhatsApp a few years ago for the astonishing 16 Billion amount, everyone knew it would be a matter of time until some of Facebook features arrive in WhatsApp. Well, several years have passed, and many features from Facebook reached the platform. But we have to say, that it still kept an original form. In fact, Facebook has a lot of social media platforms and has similar features in all of them. The goal, apparently, is to offer the same level of features to a distinct range of users.

WhatsApp is one of the most popular instant messaging (IM) apps in the entire world. However, we all know that it lags behind Telegram when it comes to being a “feature-rich” platform. Even though, the green chat is still one of the most favored in certain markets. In several regions, WhatsApp remains the lead messenger. Telegram offers multi-device features for years, and WhatsApp has been working to implement this for years as well. Even though, many users prefer WhatsApp. Meanwhile, we see some “fancy” features coming to the platform. Today, the WhatsApp Team of developers is adding the “reactions” feature in the best Facebook style. 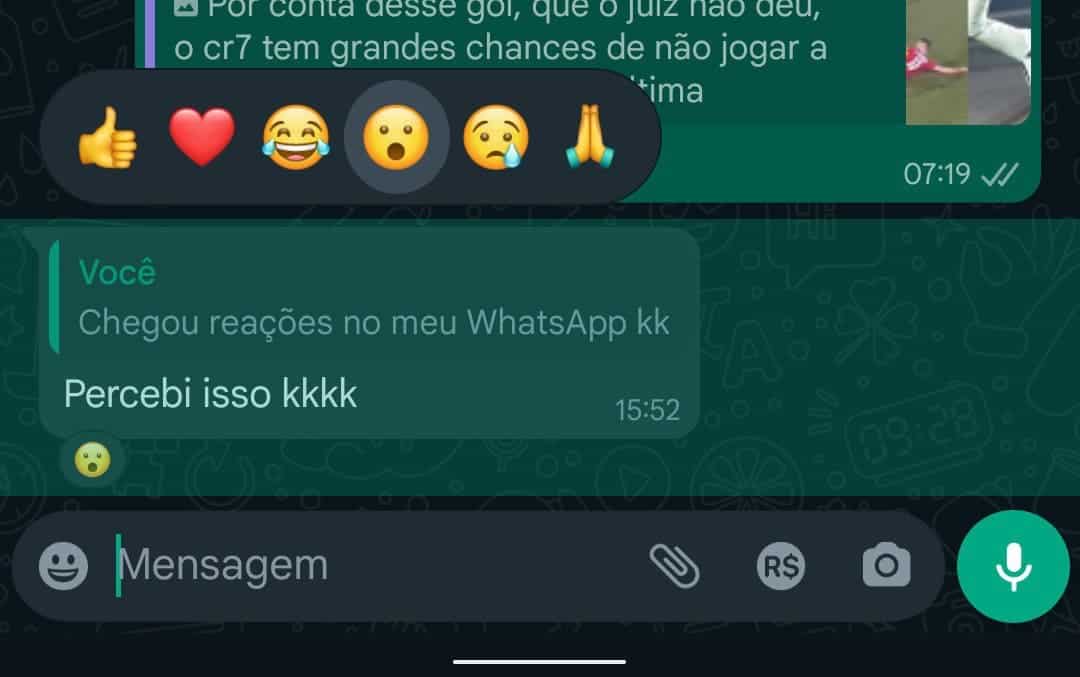 WhatsApp is rolling out “reactions” to some of its users

For those unaware, the feature also resembles that of iMessage. Users will hold on to a message and choose an emoji as a reaction. It’s to acknowledge a received message without necessarily saying anything. The Message Reactions feature is now rolling out to some Android users through the beta channel of the app. According to WABetaInfo, there are six different reactions available – Like, Love, Laugh, Surprised, Sad, and Thanks. There is room for more options down the road.

To access the feature you need to touch and hold on to a message and select one of the six reactions. However, it isn’t available for everyone. We assume that this is a feature rolling out server-side. Anyway, the WABetaInfo reports that even those who can’t use the feature can already see it. It should be a matter of time until it arrives for all users. After all, this seems to be a quite simple feature.

WhatsApp has been working hard to improve the platform and engage more users across the world. For now, the only big feature that needs to properly reach all customers without bugs and issues is the multi-device support. However, even for this feature, there is hope.

In addition to the new update for Multi-Device, the company has also exploring ways to keep the smartphone safe even on the Web branch.

Previous Nothing phone (1) announced: to come with Snapdragon CPU and Nothing OS