This week, Microsoft released the latest Windows 11 Test Build 22563 to Windows Insiders on the Dev channel. It has a taskbar optimized for tablets, as well as improved widgets, new emoticons, and more.

The most notable innovation of this build was the taskbar, specially optimized for comfortable use of the operating system on tablets. The updated taskbar automatically switches to a minimized state when using the device in tablet mode. At the same time, application icons, the Start button, search and widgets disappear, thereby eliminating the possibility of accidentally pressing buttons in the process of interacting with the device. You can switch between minimized and maximized taskbar modes by swiping up and down at the bottom of the screen.

Microsoft has optimized the Windows 11 taskbar to work on tablets 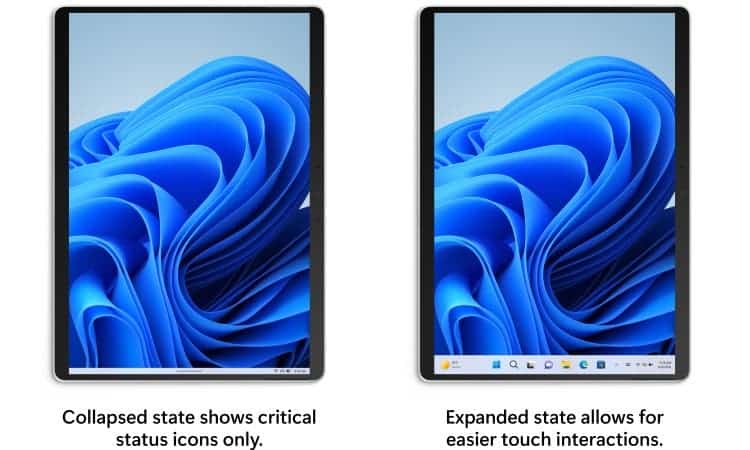 At the same time, Microsoft continues to optimize the work of widgets in Windows 11. In the new build of the OS, a unified ribbon has appeared, in which widgets and news content are connected. This approach should simplify the search for the necessary information, as well as make the process of interacting with widgets and news content more convenient. In the future, the developers plan to make the feed a more personalized tool.

Even in the presented assembly of Windows 11, a new group policy appeared for managing Windows Update notifications. It allows you to make sure that notifications are displayed only in cases where some action is required from the user or the OS support period ends. In the new assembly, 37 new emoticons became available to users, and another 112 received support for changing skin color. Now when searching in the “Quick Access” section, data from OneDrive and other locations that the OS can index will be displayed.

The new build of Windows 11 also includes many lesser-known changes and fixes for known issues. See the full list of changes on the Microsoft Developer Blog.