The Realme 9 smartphone’s India launch date has been officially confirmed, and you’ll be able to get your hands on the new Realme phone soon. The Shenzhen-based smartphone manufacturer is prepping to host an event on Thursday, April 7 in India. During the event, Realme will be unveiling a slew of amazing products. These include Realme Book Prime, Realme Buds Air 3, as well as the Realme smart TV stick.

Say goodbye to slow and inaccurate focus with the 9X Focusing Accuracy in the #realme9 Camera!

Launching at 12:30 PM, 7th April, on our official channels. pic.twitter.com/sNntVoWRg3

As if that weren’t enough, the company is gearing up to unveil the much-awaited Realme GT 2 Pro for the Indian market at the April 7 launch event. Much to the delight of Realme fans in the country, the company has confirmed it will be launching yet another product. This time, the popular smartphone brand took to its official Twitter handle to reveal that a Realme 9 series smartphone will be heading to India. The Realme 9 4G smartphone’s India launch date is April 7.

Ahead of its launch, the Realme 9 4G made an appearance on the TDRA certification website. Aside from this, the 4G-ready handset passed through Realme’s official website earlier this month. The Realme 9 4G has been subject to a lot of leaks lately, giving us a glimpse of its design. For instance, a new leak shows the handset in an eye-catching Sunburst Gold color variant. Moreover, MySmartPrice suggests that the phone will be available in Stargaze White and Meteor Black color options as well. 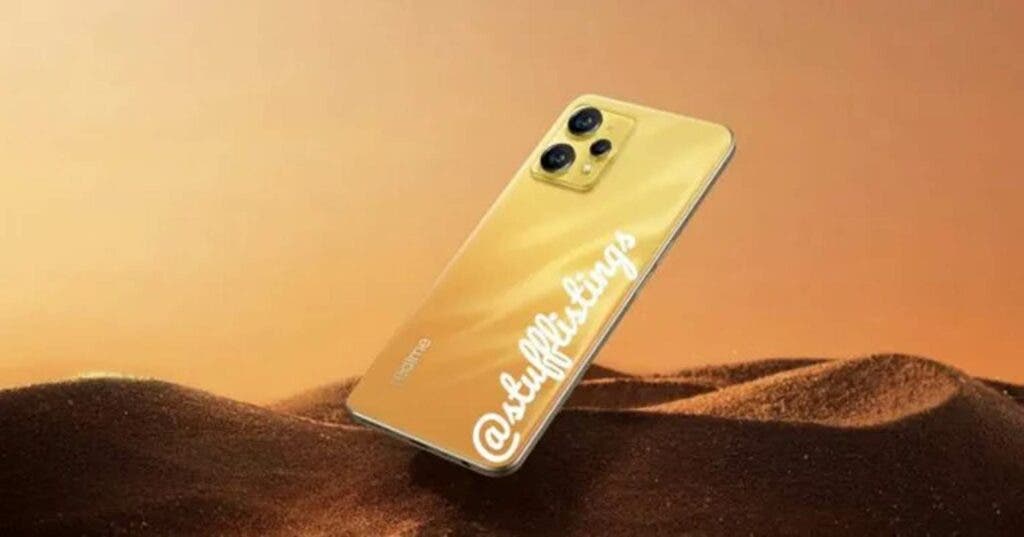 Furthermore, the leak shows that the phone will retain the 3.5mm headphone jack and feature a USB Type-C port. The left spine appears to house the volume keys, while the power button is available on the right edge. For optics, the phone appears to feature a triple rear camera setup. This rear-mounted camera module appears to house the LED flash. The phone will come with a 108MP rear camera setup along with a Samsung ISOCELL HM6 lens. Also, it will use a 5,000mAh battery to power up the entire system.

The aforesaid cell supports 33W fast charging. Upfront, the phone houses a 16MP shooter for capturing selfies and video calls. Moreover, the phone could be available in two configurations including 6GB RAM+128GB storage, and an 8GB RAM+128GB storage variant. Past leaks suggest that the phone will sport a 6.6-inch display with Full HD+ resolution and a 120Hz refresh rate. It could boot Android 12 OS. Under the hood, the phone could pack an octa-core MediaTek Helio G96 processor.