The videos, posted on social networks, have gone around the world. We see robot dogs equipped with loudspeakers. This is one of the means of communication chosen, in China, to remind the confinement instructions imposed on the population in the face of the new wave of COVID-19.

As explained by Reuters, the city of Shanghai imposed last Friday, April 1, the total containment of its 26 million inhabitants, to stop the spread of COVID-19, even as official figures dropped local cases. This is the extension of a confinement which was already took place in the eastern districts of the city.

Very strict new directives have thus took place “for as long as it takes to control the epidemic”. According to Reuters, residents were ordered not to leave their homes, even banning taking out the trash or walking the dog. Although the reported infection rate in China is rather low compared to the global average, contagions in Shanghai account for three out of four asymptomatic cases across the country. The city has therefore become the workhorse of the government. 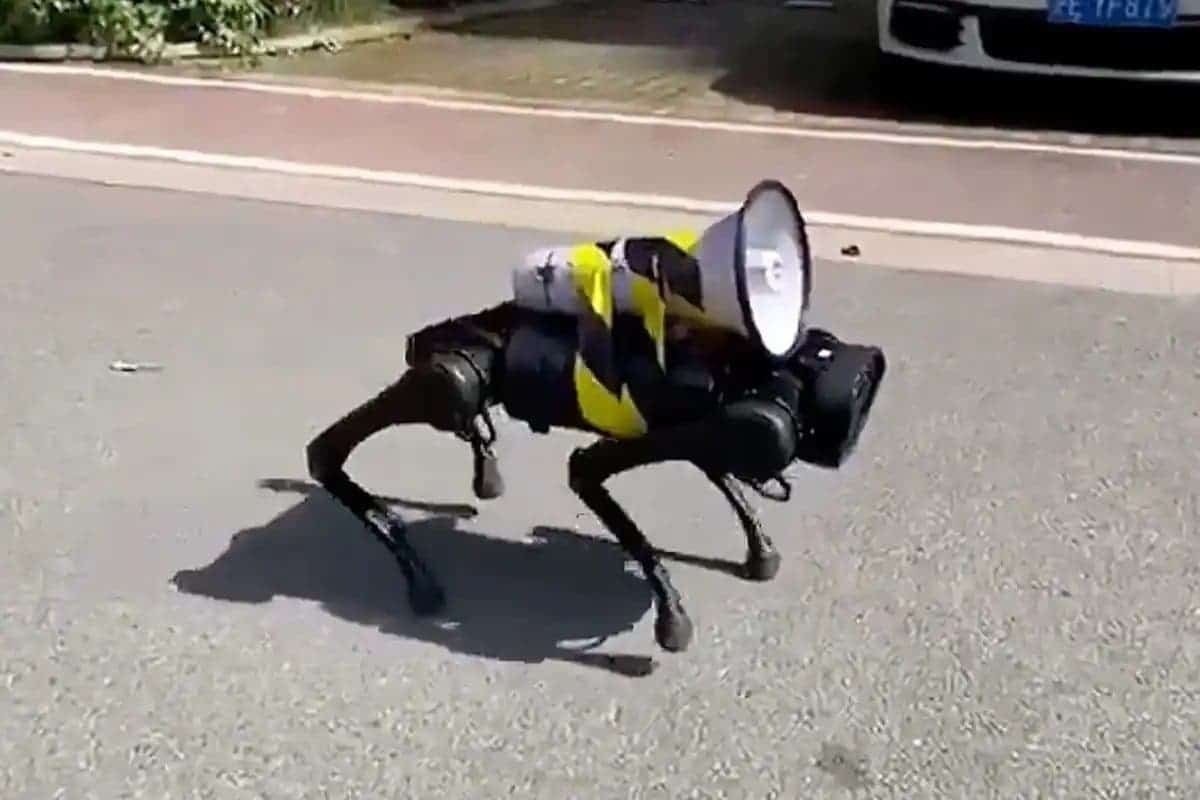 Among the approaches adopted to confine the population and transmit health instructions, some are more surprising than others. The authorities have thus started to use robot dogs, which roam the streets to remind people of the instructions in force. Videos showing these quadruped machines running through the city caused quite a stir on social media.

The video above, released by Chinese government-affiliated media. It was available online on April 1 and it shows a fairly basic device. The robotic dog’s “voice” actually comes from a loudspeaker roughly strapped to its back, obviously with a tape. The dog, however, “bark” quite effectively in the streets. Similarly, flying drones have also been into action to transmit containment instructions, according to The Times. The instructions focused on specific health gestures; such as ” do not take off your masks, wash your hands frequently and check your body temperature”.

“It reminds me of the TV series ‘war of the worlds’; where species of alien robot dogs roam the streets and knock out the survivors in deserted streets”; expresses an internet user in the comments of another video of the machine, relayed on Twitter. This is not a world first: in Singapore, robot dogs had also been used to promote social distancing in parks, as evidenced by this video from the CNBC television channel.