Google plans to make it possible to purchase batteries, cameras and displays for Pixel smartphones in the US, Canada, the UK and other countries where the company’s devices are officially sold. Google did not specify when exactly the Pixel smartphone self-repair program will officially launch, but said that parts will become available “later this year”.

The report said that Google intends to supply parts for a large number of devices; ranging from the latest Pixel 6 to the Pixel 2, which was available since 2017. This means that users of the company’s older devices will also be able to have their smartphones repaired if needed.

Giving users the option to self-repair their smartphones is important, as Google is giving Pixel owners three years of Android updates and five years of security updates in terms of software updates. The possibility of minor repairs during this five-year period will make Pixel devices more attractive to potential buyers. 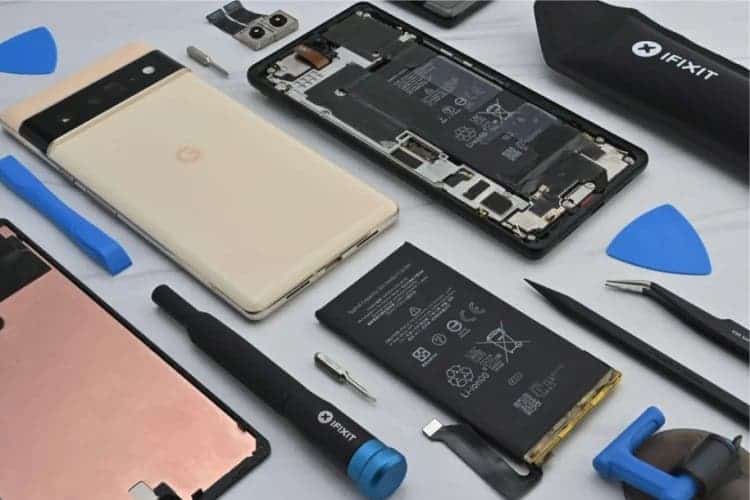 The Pixel 7 and Pixel 7 Pro will be released in the fall and will be the first smartphones in the world to come pre-installed with Android 13. The design is consistent with current models, but the new ones will become more elegant in detail. For example, the camera block will protrude slightly less than the body.

There will still be three sensors in the camera, and they will still fulfill their roles; but they will have a different arrangement than in the Pixel 6 Pro. We are waiting for a periscope module with optical zoom and stabilization, wide-angle and ultra-wide-angle lenses.

The front camera is available in a punch-hole cutout, and, most likely, it will be so. The screen has Gorilla Glass Victus protection. The screen diagonal will be 6.7-6.8 inches, the OLED panel; with QHD + resolution with a frame rate of 120 Hz is still expected. The battery capacity will probably be the same 5000 mAh, but the charging power will increase.

Of course, all these parameters are very arbitrary, because a lot can still change before September-October; but we can definitely talk about the use of the Android 13 OS; and the proprietary SoC Tensor of the second generation in the smartphone.

Previous Xiaomi 12 Ultra: we finally have a possible announcement date