Infosys isn’t won’t be doing business with Russian clients, following in the footsteps of tech giants that have halted business in Russia. On Wednesday, April 13, the Indian multinational IT company, announced that it will not work with Russian clients. This corporate boycott of Russia comes amid the country’s invasion of Ukraine, Now, Infosys is gearing up to move its business out of Russia, and look for alternate options. The move coincides with multiple global peers such as SAP SE and Oracle.

Nokia recently announced that it will not be working in Russia. Infosys’ decision to stop working with clients from Russia comes against the backdrop of ongoing scrutiny of Akshata Murthy’s stake in the Indian IT major by the British Parliament. For those who are unaware, Murthy is the UK Chancellor of Exchequer Rishi Sunak’s wife and daughter of Infosys founder N Narayana Murty. If reports are anything to go by, the company operating in Russia has shut down its center in Moscow.

Notably, Murthy has a 0.93 percent stake in Infosys. On April 13, Infosys CEO & MD Salil Parekh announced the FY22 results. After the announcement, he told media persons that the company currently doesn’t do business with Russian clients. Furthermore, he went on to say that the company isn’t planning to do business with them in the near future either. Also, the company is shifting all its work from its Russian centers, which comprise less than a hundred employees.

According to Parekh, the company will transition its works to centers located outside Russia. Moreover, he clarified that the company only works with an insignificant number of global clients in Russia. Parek also added that the transition hasn’t affected the overall business, particularly Infosys. However, he did not comment on Akshata Murthy’s shares in the company, which the British government is currently investigating. Some experts believe the Russia-Ukraine war is likely to force IT companies to transition all of their work to India. This could happen in the coming days. 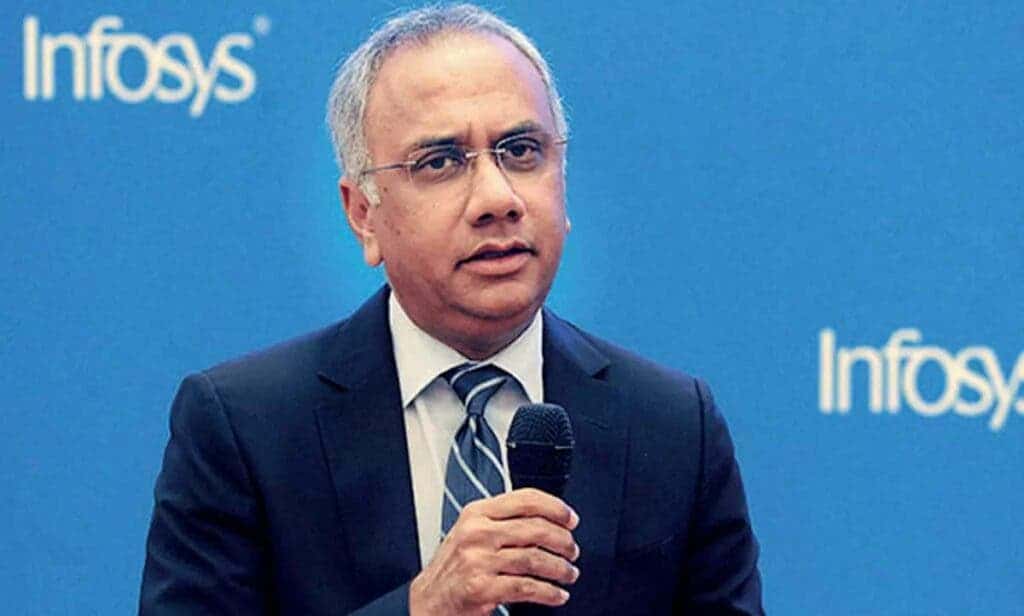 These companies could consider moving their businesses to India soon after halting their investments in Eastern Europe. To recall, even Huawei has now stopped doing business in and with Russia. Moreover, there have been big investments in cyber security and cloud computing amid the pandemic. This has led to a huge increase in demand for services that Infosys, TCS (Tata Consultancy Services), and Wipro offer. As a result, the companies have gained billions of dollars in the form of contracts, as per a report by Gadgets 360.

Moreover, the President of Russia, Vladimir Putin announced that Russia will restrict Government agencies in the country from using foreign software starting from 2025. This, coupled with the ongoing attack on Ukraine could further affect the delivery of business in the region. Aside from this, experts claim Russia could experience pricing pressure. Also, there could be a slowdown in terms of new deals. The US, Europe, and the UK are extremely large markets for companies offering IT services.