Vivo has just introduced a couple of important products in China. The company has presented the Vivo X Fold, Vivo X Note, and Vivo Pad. The first was the company’s very first foldable smartphone, the second the new replacement for the NEX series with a massive 7-inch OLED display. The last device was Vivo’s first step into the tablet segment. One could easily consider that Vivo is done with the launches, well think again. The company is still preparing new flagships – the Vivo X80 series. The X-series has been the company’s flagship lineup for the past two years and will get new sequels ready for the 2022 party. These devices will also be touted to come with advanced camera capabilities. The brand will introduce the Vivo X80, X80 Pro, and X80 Pro Plus. The first ran Geekbench and passed by BIS certification alongside the Vivo X80 Plus.

The Vivo X80 passed through Geekbench with the MediaTek Dimensity 9000 SoC. This is very good news, after all, the vanilla model will have a flagship level of performance. The Vivo X80 Pro Plus already passed through Geekbench sporting the Snapdragon 8 Gen 1 SoC. These chipsets are pretty similar in terms of specs and manufacturing process. However, the Dimensity 9000 seems to be free of overheating issues due to the use of TSMC’s manufacturing process. Anyway, the phone may lose in the GPU department. It is paired with 12 GB of RAM, but we can’t discard more RAM options. Finally, it runs Android 12 OS and we can expect OriginOS Ocean for China and Funtouch OS 12 in other markets. The rumors also suggest a 120 Hz AMOLED screen with 80 W fast charging. 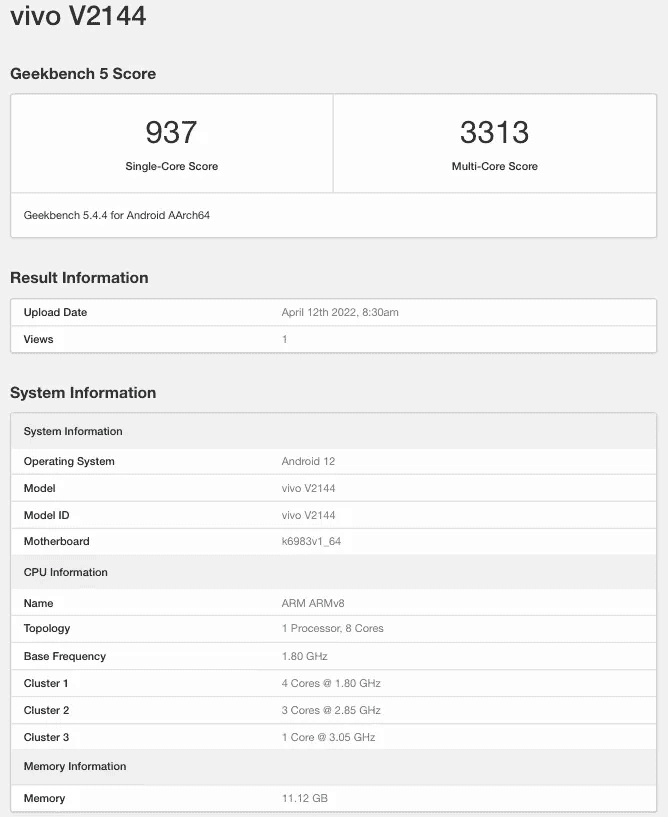 According to rumors, the Vivo X80 series may see a debut in China as soon as the next week. However, these devices will also come to the Indian market. Today, there are a couple of new facts that corroborate this. The vanilla Vivo X80 and the X80 Pro have just emerged on the Bureau of India Standards. The former got its BIS approval with the V2144 model number, while the latter passed through India’s regulatory authority with the V2145 model number. Both models have also passed by the Google Play Console database. But the BIS certification basically confirms their arrival in the Indian market. Worth noting, however, that the Vivo X80 Pro is absent in this report

The Vivo X80 is expected to come with a 6.78-inch AMOLED panel, Full HD+ resolution, and 120 Hz refresh rate. The device will draw its powers from a 4,500 mAh battery with the same 80 W fast-charging as other BBK Electronics brands. In terms of optics, the Vivo X80 will bring a 50 MP main camera, a 12 MP ultrawide snapper, and a 12 MP portrait lens with 2 x optical zoom. The selfie lovers will be covered with a 32 MP snapper.

The Vivo X80 Pro+ will carry the Qualcomm Snapdragon 8 Gen 1 SoC. It will have the same 6.78-inch display size. However, the tech will be a Samsung E5 AMOLED with LTPO 2.0 tech and Quad HD+ screen with a 120 Hz refresh rate. The device will bring a more advanced camera setup. For instance, there will be four sensors – two from Sony and two from Samsung – 50 MP + 48 MP + 50 MP + 50 MP. The exact purpose of each sensor remains a mystery.

Previous Smartphone catches fire mid-air during a flight over India